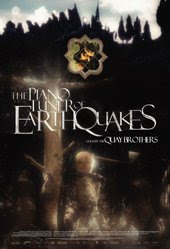 The PianoTuner of EarthQuakes
Directed by: The Brothers Quay
UK/Germany / France, 2005
Drama / Stop motion
Distributed by: Zeitgeist
Story:
The sinister Dr Droz, kidnaps opera singer Malvina van Stille from her happy, content life as a star and her lover Aldolfo Blin. Dr. Droz takes her to his remote island where he plans to reanimate Malvina as his finest mechanical automaton. Therefore he invites the world’s most renowned tuner of instruments, Don Felisberto Fernandez, to the Island with the intention of having him restore all of his musical automatons. Together with Malvina the automatons will perform the ultimate performance. But when Fernandez sets eyes upon the comatose Malvina, he is strangely drawn to her and feels a love he has never felt before. 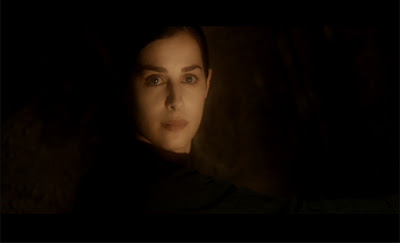 Me:
Haunting, surreal, beautiful and a stunning movie to say the least. The Quay Brothers have directed some amazing stop motion pieces over the last thirty years, and The PianoTuner of EarthQuakes is their second attempt at combining a feature length narrative with live actors and stop motion. The result is in many ways better than their debut feature Institute Benjamenta, or this Dream that People Call Human Life from 1995. 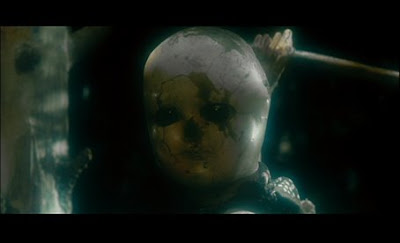 The movies goes as follows, the menacing and love hungry, Dr. Droz, [by Gottfried John, who also held the lead in Institute Benjamenta, and starred in several of Rainer Werner Fassbinder's movies] is rejected by Opera singer Malvina [Amira Casar from that terrible Catherine Breliant movie The Anatomy of Hell] even though he constantly sends her romantic notes and flowers. One night he lurks backstage as Malvina performs her finest piece. But Dr. Droz has poisoned her and during her act she falls down dead! After Dr. Droz pronounces her dead, he snatches her from right under the nose of her fiancé Adolfo [Cesar Sarachu, who turned up in quite a lot of Swedish movies in the past years] and takes her to his mysterious secret Island. Here he resurrects her from the dead, and has the famous piano tuner Fernandez [Sarachu in a double role] come to the island to retune Malvina so that she will be prepared for the final shattering performance of Dr. Droz own composition, that the opera world has ignored and expelled from their stages. Dr. Droz lives on his island with all of his creations, his automatons, the gardeners, and the flirtatious Asumpta [Asumpta Serna], who might be an automaton too, we are never told... How Fernandez doesn’t fall for the seductive Asumpta, but for the comatose Malvina is past me, but still... Malvina recognizes Fernandez similarity to her fiancé Adolfo, which awakens her emotionally again and she too is drawn to the piano tuner. This initiates Fernandez plan to fix the automatons for Droz, but also at the same time free Malvina so that they can flee the island together. Well, a plan is never anything without an obstacle, and perhaps we should leave it at that, so that you can make your own impression of the film after viewing it. 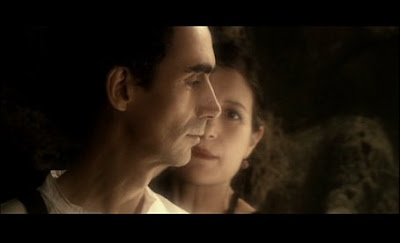 The PianoTuner of EarthQuakes is a quite delicate and complex movie, and it received a fair amount of criticism for being slow, dull, tedious and pretentious. Yes, it is most of those things, but definitely not dull. The movie is easier to follow than the previous Institute Benjamenta, and is really wonderful. Sure there are some scenes that make no sense, but then you would expect that from the Brothers Quay wouldn’t you? And as they often are compared to David Lynch, Peter Greenaway, Luis Buñuel and the twin brothers mentor Jan Svankmejer it’s fair to point out that nobody would ever ask any of the before mentioned “What is it all about?” In some cases you just have to get on board and enjoy the ride, The PianoTuner of EarthQuakes is such a movie. It relies heavily on suggestive imagery, horror themes, and if you miss the subtle love story that is at the basis of the film, the core of it all, then you perhaps should stick to watching Hollywood Blockbusters and leave the art house stuff to the thinking audience instead. 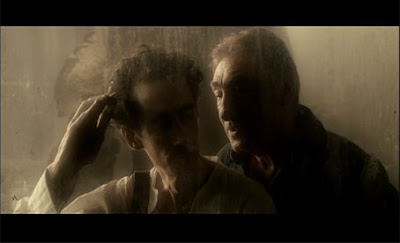 With obvious influences of Jules Verne, Classic Universal Horrors, the art of the Romantic period and Terry Gilliam on board as an executive producer, there should be enough in that one single sentence to conjure up an amazing visual conception of this movie. And that image will not be too far from the truth, as it is a beautiful movie. The stop motion is as usual splendid, but I would have loved to see more of if, because those fantastic automatons, and the few stop motion sequences just left me wanting more. To some extent I was ready to pause the movie and put in one of the stop motion movie collections in the DVD instead. BUT that is only because those short stop motion movies are so amazing and enchanting. Not due to the narrative of this movie. 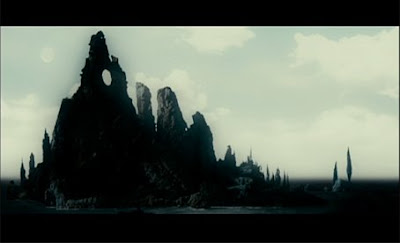 The set design by Eric Veenstra is noticeably inspired by Arnold Böcklin’s most famous painting Isle of the Dead, as can be seen clearly in the backgrounds that have been made in the same style of Die Toteninsel. Add wonderful dark color tones, bleak almost faded highlights and a hint of German Expressionism, to that and you have a movie that looks stunning.

The cinematography by Nicholas D. Knowland is stunning; murky, brooding and a sparse use of lighting add to the surreal and dreamlike feeling of the movie. Knowland also shot Institute Benjamenta for which he won the Best Cinematography award at the 1995 Sitges Film Festival, and was one of the cinematographers on Julian Temple’s The Great Rock’n’Roll Swindle back in 1980.

Audio:
Dolby Digital 5.1 [English subtitles for the deaf and hard of hearing are optional]