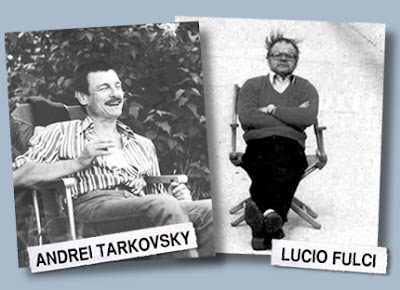 There’s an old rumour on the Internet that originates from one of Andrei Tarkovsky’s diary entries that tells of a horror film he once saw at the cinema whilst shooting Nostalghia in Italy.

Supposedly the film was Lucio Fulci’s epic Zombi2 and in his journal Tarkovsky wrote:

Well who am I to argue with the great Andrei Tarkovsky really?

But as I know my Tarkovsky just as well as my Fulci, I have a hunch that something isn’t quite right in that passage of text. I have a problem with the dates, as they don’t add up...

Fulci’s Zombi 2 was released in 1979, and Tarkovsky shot Nostalghia in 1983. In 1979 Tarkovsky was shooting the masterpiece STALKER, and in 1983 Fulci was up to his neck with the sci-fi peplum Conquest.

Unless there was a very unlikely Fulci retrospective going on at the time, it probably can’t have been Zombi 2 that Tarkovsky saw. Although there is a possibility that he may have seen the movie at a private screening, after all this was Tarkovsky making a movie in Italy, and I’m sure that he got what he wanted, but why on earth a Fulci movie?

We may never know, but instead I’m holding a theory that whilst in Rome location scouting for Nostalghia a year or two before production – he was a perfectionist, he did stuff like that - Tarkovsky attended a screening of Lucio Fulci’s E tu vivrai nel terrore – L’alidà 1981, better known as THE BEYOND!

Shocked by the images he saw in THE BEYOND Tarkovsky felt the need to exorcise the terrifying insight he had just gained, that this fantastic Italian movie was using the exact same images and symbolism to tell a similar tale as his STALKER. So he trashed the film in his journals and freeing himself of the underlying fear of Fulci’s impending rivalry focused on his own movie production instead.

But what evidence do I have for this extraordinary theory and conclusion? It’s simple, I’ll show you the themes and the images, and I’ll place the dots and let you connect them, as you too will feel a tremendous rush of insight as this all comes clear... 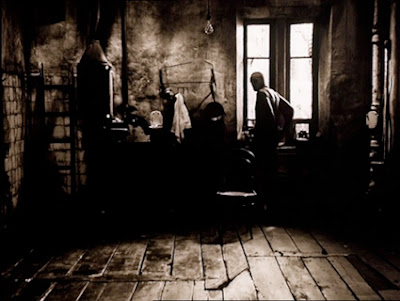 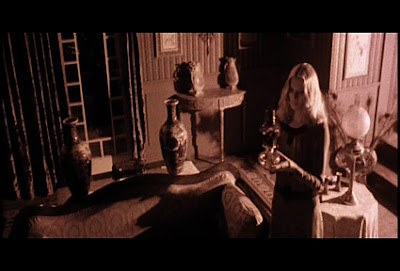 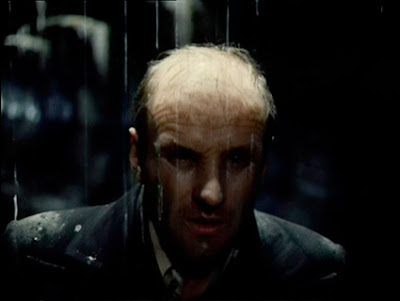 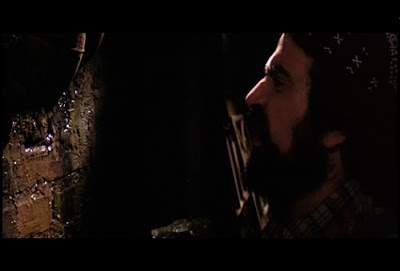 3. BRIGHT EYED CHARACTER WHO WALKS FREELY BETWEEN THE TWO WORLDS 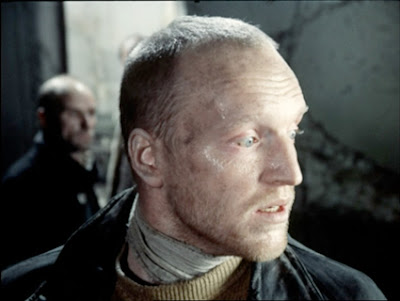 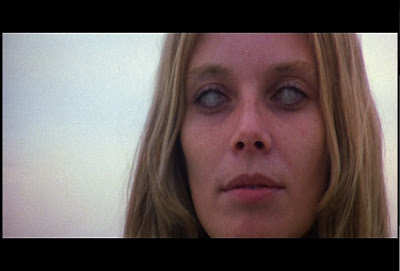 4. FRAME WITHIN THE FRAME 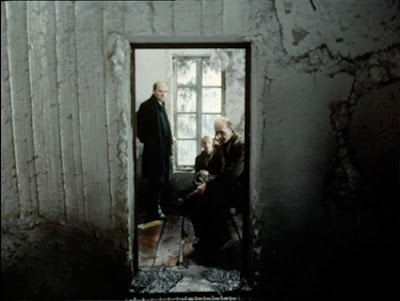 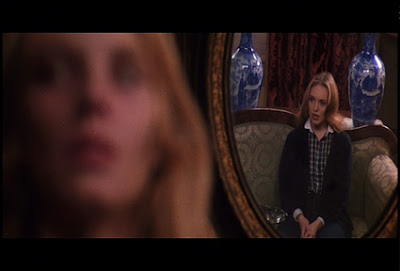 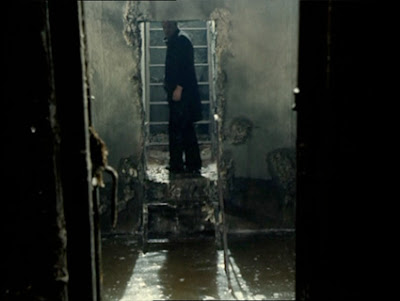 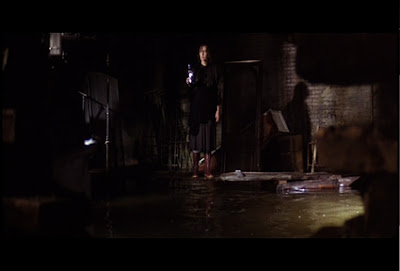 6. WEIRD ALSATIAN DOG THAT TURNS UP OUT OF NOWHERE 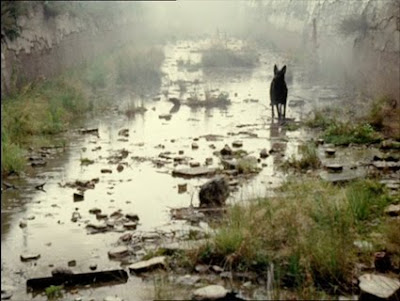 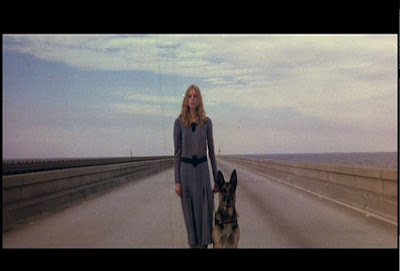 7. DESOLATE BUILDING OF IMPORTANCE ON THE ROAD TO DESTINATION 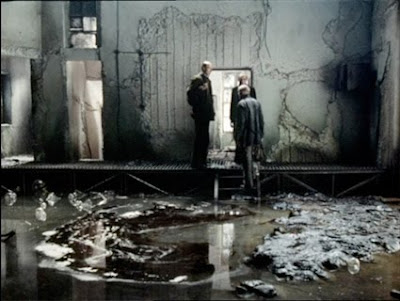 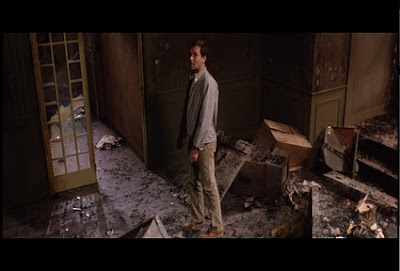 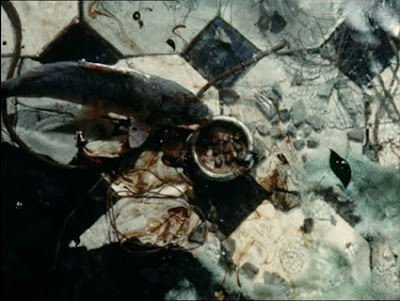 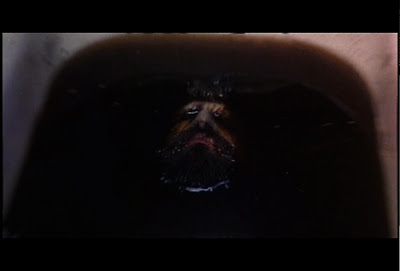 9. STRONG USE OF SHADOWS IN THREATENING SITUATIONS 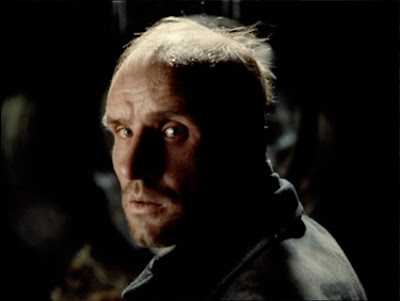 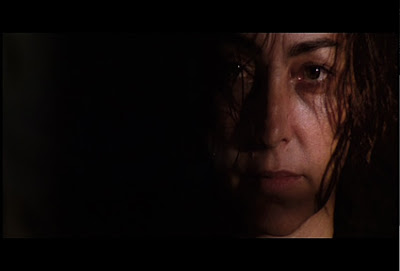 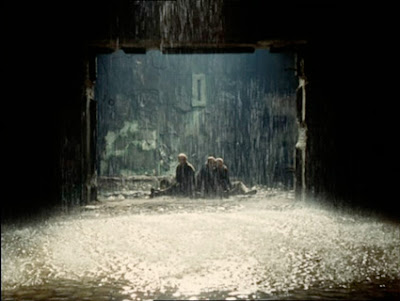 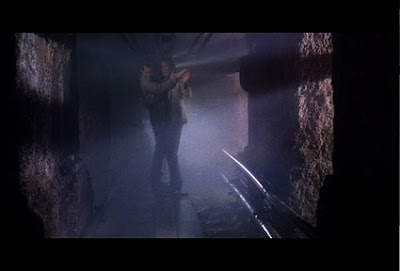 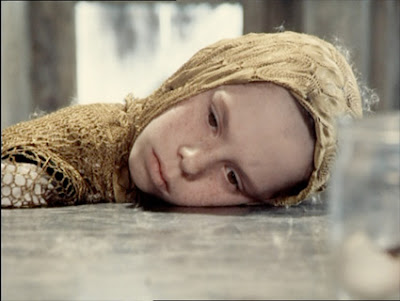 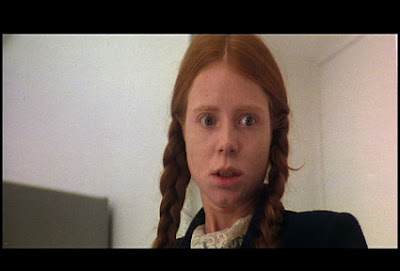 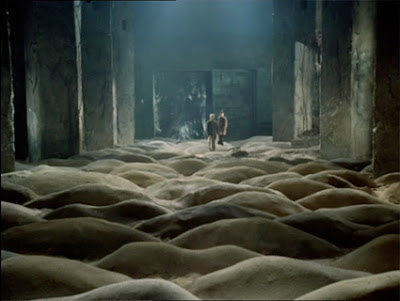 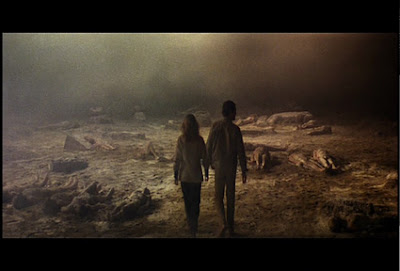 You see! The evidence talks for itself...
Well if you’ve got this far, it’s time for the reveal. In reality Tarkovsky had talked of making a movie in Italy for several years, and his diary journals often refer to trips to Italy on various projects. It’s also a fact that he spent several longer periods of time there during the late seventies before actually filming there. So Tarkovsky probably did see Fulci’s epic Zombi2, but already in 1979, and not during the production of Nostalghia as the common Internet rumour claims. In a fascinating way I can’t help but feel pride on Fulci’s behalf as he directed a movie so terrifying and revolting that the great Andrei Tarkovsky actually made a note of it in his journals. Now that’s what I call making an impression.
Have a great Walpurigsnacht!
- April 30, 2010

This is one of the most amusing and fun posts I've read lately! Wicked:)

Here's another connection: actress Laura DE MARCHI from THE BEYOND appears in Tarkovsky's NOSTALGIA - could it be a Fulci homage in a Tarkovsky film? Ahaha, of course, I'm only pissing about.

Actually, Thrower in his Fulci book likens imagery in CONTRABAND to STALKER (the guy falling into the lime pit), and even that was obviously a totally coincidental similarity.

Iole Cecchini, hair stylist on Nostalghia made sure that the hair looked perfect for Marisa Mell, Elsa Martinelli and Jean Sorell on One on Top of the Other.

Even The Boom operator on Nostalghia, Corrado Volpicelli operated the boom on Fulci's Massacre Time.

So there's definately a Fulci fetish going on there...

Glad you enjoyed it. I have more of these up my sleve and will post them eventually.

@ Jason - You keep impressing me with your in-depth knowledge of these connections,looking forward to more of the same!

This is great stuff. Tarkovsky can be so insufferably pretentious that it's fun to think of him "enjoying" Fulci's movies. While STALKER is one Tarkovsky I haven't seen, I must say you make a compelling case!