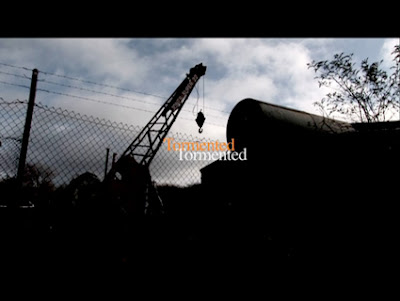 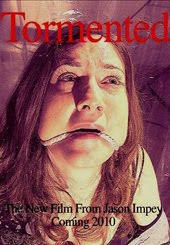 While I’m still on a roll with the short independent features, let me point out once agin, that there are some really talented people out there making some really interesting movies. Movies that cost less than the bog roll budget on major productions, and definitely deserve to be discovered by the thirsty for rejuvenating industry. Jason Impey is one of them.
In his own words a maker of dark films, which to date have become more than a dozen and special thanks on the independent Zombie flick Colin 2008. As Impey probably is the most renown of the short independent feature directors that I’ve been able to watch movies by these past weeks, I have no argument with the fact that Impey is indeed a maker of dark films. 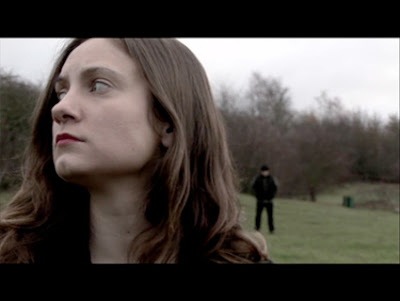 I recently enjoyed watching one of his pieces that has been sent to me and that piece is the gloomy and gritty short Tormented, the third part of the trilogy made up of Troubled 2007 and Tortured 2008. Three movies, just like many of Impey’s previous pieces, are all inspired by the great movies of the exploitation genre.
Tormented starts out with Faye [Helen Clifford] sat waiting for someone on a field next to a railroad track. She receives a message and takes off looking disappointed. Behind her a sinister character lurks, it’s Robert [Rami Hilmi – a veteran of Impey movies and also plays Harry in Marc Price innovative zombie flick Colin 2008] who proceeds to chance Faye over the woodland terrain before he clobbers her with a mallet. After a short transportation transition Faye awakens tied to a chair in a room where the walls have been covered with protective plastic… 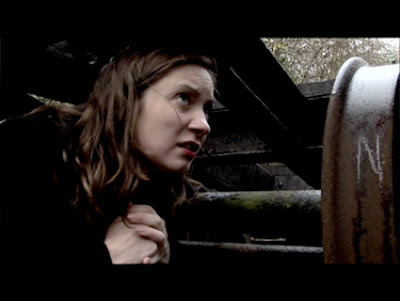 There’s very little dialogue in the first half of Tormented, and the first line to be spoken after Faye has regained consciousness is “Why me?” This is the main question that the rest of the plot builds around, why Faye?
The connection between Robert and Faye is explored until the answer is revealed. Then the movie changes direction again, and as we now know Robert’s reason for kidnapping Faye, and as he torments her with the torture to come, he lays forth exposition in a really great way.

Exposition is a tricky bitch to deliver, and often it comes in large uncomfortable dollops that bust up the flow of the narrative, but Impey presents the complex background of Robert in a impressive way and creates empathy for this dark character just like John Ajvide Lindqvist does in Let the Right One In 2008 – he exposes the fragile child in a vulnerable setting – the frustration and helplessness that Robert went through as a child is what has formed him and as soon as Faye regains her strength and starts bollocking him, he falls right back into the role of victim again. Which creates an interesting position for the audience, because now we have two characters that we can feel a connection with – the one out for revenge and the one fighting for her life. 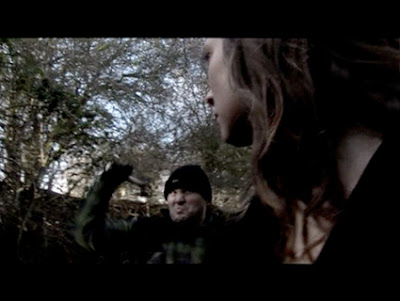 Shot on Digital video in only two days, Tormented moves delicately and slowly builds both characters and atmosphere. If you are a regular here you know that I’m fond of movies that take their time setting up the lead characters. Now this is something that I like, or rather demand, as I prefer to know who I am supposed to be rooting for before a director starts twisting the narrative and manipulating me into feeling empathy or sympathy for this one or the other. It also helps the audience get into the mindset of the characters.
I dig the fact that the in-between space – that’s the one with Robert in the real world driving his car to the shed of torture - shows a complete different Robert than in the rest of the movie. This short sequence sees him stopping his car to let a mother and her infant child across he road, and being apologetic when he almost runs over a jogger [Impey in a cameo] – and who doesn’t want to run those fuckers down – and being a quite sympathetic character. Now at first this may just seem like a moment to slow down the pace after the chase we just watched or give us some calm before the torture show get’s a rollin'. But I interpret it as being character exposition. This shows that Robert is a decent guy when it all comes around, he’s not a complete homicidal maniac or else he would never have stopped for the mother and child, and he would definitely have run down that bastard jogger. Even if small, it gives some depth to the character. 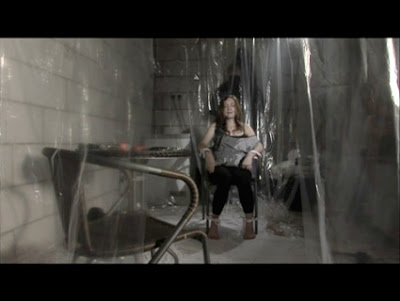 In the world of film, nothing happens for no reason at all, there is always a chain of cause and reaction. Unless you are dawdling around in the abstract field that is. So however you chose to look at Tormented, there is a story in there, its not just about beating up some poor woman duct taped to a chair in a garage. Robert has a modus operandi, and that’s the torment that drives him to his actions - cause and reaction.
Shot on Digital Video in just two days Tormented is an interesting little piece of neo-grindhouse that works fine even if it’s not as bleak or exploitative as his previous works. But it does have a smooth flow, an engaging narrative, tightly edited, good cinematography by Impey regular Kemal Yildirim, and the acting is better than you see in most of the independent shorts that you find in the horror/effects niche. 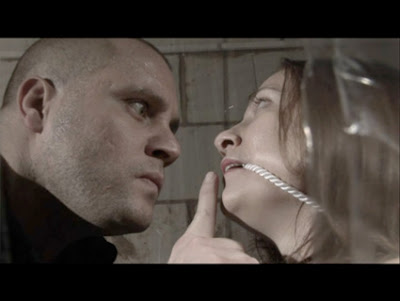 Two things don't really work for me. One being the music. There’s no real edge to the soundtrack and I get the feeling that Impey may have been rushed to get the movie out there, the two drones and rough guitar riffs get pretty annoying eventually and do more harm than good for the film.
Finally the climax. I feel that this is the weak part of the movie, as the ending is a tad too conventional and the twist isn’t too hard to see coming. There are only two ways this movie could go, either Robert kills Faye or Faye kills Robert. I’d have loved to see something completely different end the movie, something more disturbing, like Fay’s school mates turning up to beat Robert to a pulp – the old gang still going strong. Perhaps Robert parading the other dead members of the childhood gang in front of Faye – sowing off his trophies of triumph. Or even the bizarre twist that the encounter was a one of agreement where Faye and Robert have met up to satisfy each other’s masochistic/sadistic desires. 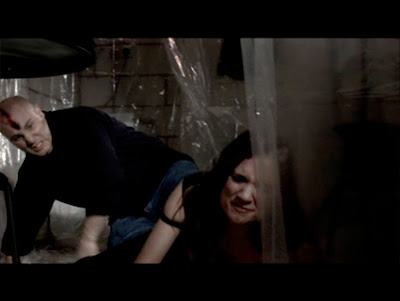 I’m highly amused by the fact that Impey, through his production company webpage, also offers to shoot wedding videos. It conjures up some hilarious sardonic images of the independent grindhouse director stood there in a tux shooting someone’s very special day doesn’t it. And with the greatest advice I'd give any young screenwriter-director of movies is to write what you know. For I’d love to see a movie where the snuff peddler actually does just that. It starts off as a normal shitty wedding with crap catering, sweaty relatives and weepy parents only to end up with the cameraman turning it all into one great snuff movie. And you can’t create a greater image than a newlywed in her white dress splattered with blood now can you.
For more on Jason Impey and his films, or where you can get him to shoot your wedding go here. 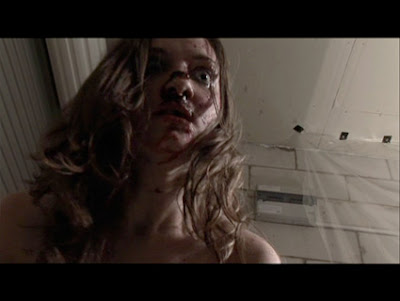 I would have loved if in the end Faye had killed Robert but couldn't find the key and then ended up stuck in a lcoked garage next to a corpse gradually beginning to decompose...
Overall, I really enjoyed Tormented as it's a definite new step for Jason, and it also contains a hell of a lot of canny references to his earlier work.