With horror icon Jacinto Molina Alvarez a.k.a. Paul Naschy, passing yesterday I feel that a few words on this amazing man are fitting. 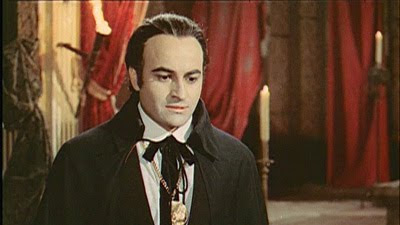 I'm not going to ramble on and tell the story of the life and times of Paul Naschy, as there are most likely other sources with more insight in the matter doing that right now; my relation to Naschy is simply that I enjoyed his movies and they hold a great entertainment value to me.

Probably most know for his many portrayals of classic horror characters with a Spanish EuroHorror spin on them, Naschy was definitely a major player and a majestic figure on the scene. He's almost like a Spanish equivalent to Lon Chaney Jr., constantly transforming his face and body to the state needed for his character, as you can see in the trailers below.

Werewolves, Dracula, Which Hunters, Inquisitors, Mad scientists, Sinister Villains, Hunchbacks and even a Mummy; no part was to demanding for Paul Naschy. He portrayed the werewolf Waldemar Daninsky in a stunning twelve movies under the Hombre Lobo series, beating Chaney Jr., who only donned the wolf face seven times. It is without saying that Naschy is an icon of EuroHorror with few equals still in the genre.

But apart from starring in almost a hundred movies between 1960 to 2009 (with his latest, the H.P. Lovecraft inspired La Herencia Valdemar slated for a 2010 release, along with the animated O Apóstlo still under production) I feel that it is in place to comment on his work for the horror genre outside the role of an actor, the part that always impressed me the most.

Naschy also wrote forty one scripts for movies he starred in, he directed fourteen movies within the genre, and during the eighties when the genre was loosing it’s value to cynical movie companies, Naschy started producing horror films, among them the first ever Spanish-Japanese coproduction’s, so that gothic horror still had at least one outlet, even if it meant producing them himself. Now that's what I call dedication.

For me personally I will always remember Paul Nacshy as the werewolf, as his iconic face was featured on the final Midnight Video catalogue. Midnight Video run by Bill Knight, a true seventies EuroGoth enthusiast and one of the few sources for finding these movies in an age before internet and DVD. That catalouge stood on my desk like a small piece of art for years. But Naschy was an important part in my cinematic education, he’s just as important if not more than say Jesus Franco or even Amando de Ossorio when it comes to the thrilling EuroHorror works of Spain. When the sloppiness of Franco got to much, or the lack of enthusiasm in the later de Ossorio flicks started to wear the flavour of Spanish genre down, there would always be a Naschy flick that would impress and jump start the curiosity once again. What else could I have missed? Most of Naschy’s productions held high standards and he is without a doubt as an important part of the European Gothic Horror genre as Hammer Studios, Peter Cushing and Christopher Lee.

Through the years Naschy received many fine awards, and possibly the highlight was in 2001 when he was awarded the Gold Medal for Fine Arts by King Juan Carlos I of Spain. Ironically there is a petition online to award Naschy with the Goya Award for Lifetime Achievement. I'd be surprised if Naschy isn’t commemorated with an honorary award the next time around. 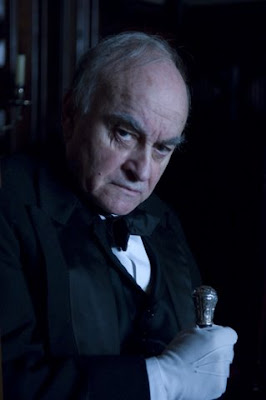 "I would write that Paul Naschy had at least done his best and that he cared about what he was doing. I was capable of mistakes - to do it well or to do it poorly - but I assure you is that I did it with feeling and affection.
I love the fantastic cinema"
- Paul Naschy -

On the 1st of December, Jacinto Molina Alvarez, lost his battle against cancer and passed away at the young age of 75.

Rest in Peace wolfman, you will be missed. 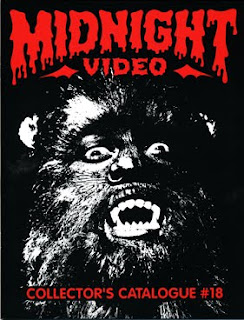