Halloween III – Season of the Witch 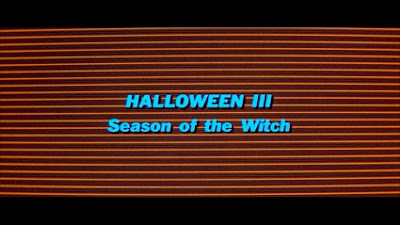 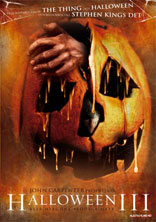 Halloween III – Season of the Witch

Tommy Lee Wallace… what a damned fine first feature he kicked off his career with! Being second in line to follow up John Carpenter’s genre defining classic Halloween 1980, one would think the task impossible, and in many genre fans he failed miserably as Halloween III – Season of the Witch features no Michael Myers, no Laurie Strode, no Dr. Loomis what so ever – except a brilliant meta referent when Dan Challis see’s a promo for Carpenter’s original on the TV in a bar, and one later on in the budding climax of the film. But the lack of Myers is exactly what makes this movie such a brilliant part of the franchise. 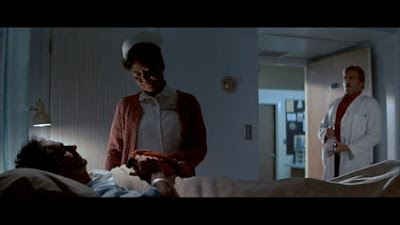 An old man, Harry [Al Berry] is brought into the hospital during Dr. Daniel Challis [Tom Atkins] watch. He holds a pumpkin mask in a cramped grip in his hands and keeps muttering that “They are coming”… his ranting is discarded as the rambling of disillusion. So when a strange man walks right into the hospital and murders Harry, panic and confusion hits hard. The daughter of Harry, Ellie [Stacey Nelkin] tells Challis of the strange series of meeting her father had with the executives as Silver Shamrock– the same company that are responsible for the immensely aggressive marketing campaign for their spectacular Halloween masks. The same company that urge kids to watch their special prize raffle on Halloween night! The search for what drove Harry insane leads Challis and Ellie to Santa Mira and the heart of the Silver Shamrock factories where Shamrock CEO, Conal Cochran [Dan O’Herlihy] reveals a diabolical plan involving a stolen Stonehenge rock, Celtic magic and the diabolic Halloween masks. 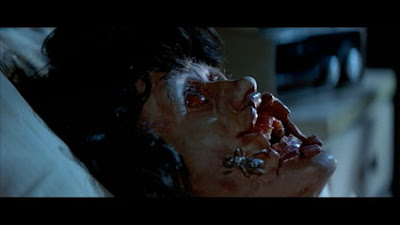 Halloween III – Season of the Witch is a bloody good movie indeed. Lost to a generation of genre fans just getting their first taste for gore, this film is nothing else than lost masterpiece. It has everything we bitch and moan about contemporary horror missing. Atkins portrayal of a divorced father of two, with possible drinking problems and totally out of touch with his kids is the kind of stuff that generates believability. Dan Challis would rather hide at work instead of taking care of his children from whom he obviously feels alienated. So given the chance to play amateur detective with a young hot woman, Ellie, he jumps at the occasion. Their trip from the ordinary world into a one of nightmares, automatons and Celtic occultism is a terrifying one, and Wallace pulls it off with bravura. Despite us not knowing the sinister plan until the last act, the “London Bridge” based jingle and the countdown to Halloween night; generate something of a stress factor as we soon realize that the movie is a race against time. 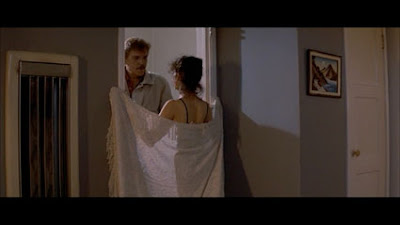 There are some really magic moments in this film, some of the jump scares hit harder than most other genre fare do, and the effects, through simple, are as gruesome as it gets.  How bugs and snakes squeezing their way out of young childs head and the superb exploded face of Marge Guttman [Garn Stephens] didn’t hit home with horror fans is beyond me. Jon G. Belyeu may not be know for his genre work, but what he did for Wallace in Halloween III – Season of the Witch is top notch and get’s the job done perfectly now thirty years later. 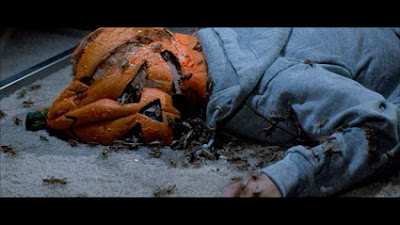 Good Old Hammer sci-fi veteran Nigel Keale, legendary for his stories about Professor Bernard Quatermass, both in TV serial and film form, wrote the first script for the new tale to be told after the death of Michael Myers. Originally Keale’s script had not been as dark and intense as the one Tommy Lee Wallace re-wrote, so he demanded that his name be taken off the film after seeing how violent it was. Never the less, I find that it’s this violence that makes the movie stand out amongst other sci-fi horrors of the time. We all know all to well that sequels only tend to become more and more waterlogged and stagnant, which is not the case of Halloween III – Season of the Witch. Not may second installments still stand up to the test of time as well as this one does, and if a movie ever deserved a second renaissance, it is Halloween III – The Season of the Witch. 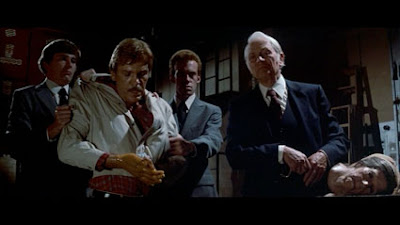 Ironically the movie was turned into a novelization by Dennis Etchinson (who I met at the World Horror Convention in Brighton, 2010) and in that form it managed to do what the movie had failed at, becoming a hit!

If you really want the full experience of Halloween III – The Season of the Witch, you can also pick up the fabulous John Carpenter/Alan Howarth soundtrack, which also predates anything in its contemporary sphere with it’s brooding synthesizers and futuristic minimalist approach to pending doom. The soundtrack is due to be released on vinyl by DeathWaltzRecordings on the 18th of October. 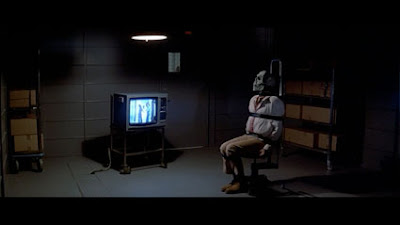 Do yourself a favor this Halloween and make at least one spot on your genre-viewing schedule to check out this forgotten shocker. Halloween III – Season of the Witch is like fine wine, the older it gets the better it is. Nothing short of a lost masterpiece, it’s time to rediscover the finer side of old-school horror.

I've always loved this flick! Definetely a favorite of mine and I hate how it gets a bad wrap just because it doesn't feature Michael Myers. Excellent write-up and it's nice to see your spreading the word on this overlooked gem.