Confessions of a Francophile 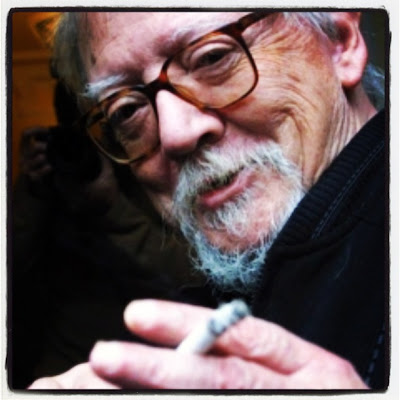 Despite it being a very sad day, I chose to focus my attention to the many magnificent pieces of exploitation cinema he left us with. My name is Jason and I’m a Francophile.

There’s not really much I can write, more than that I loved the films of Jess Franco, and through that love also loved Soledad Miranda, Lina Romay, Howard Vernon and Jess Franco as a true artist.

Personally I feel an intimate bond with his works. Either you like his work, or you don’t. But when you do, you really do. I always have, and always will. From early VHS bootlegs to HD Bluray, My name is Jason and I’m a Francophile.

I can recall calling a friend drunk out of my mind in the nineties and ranting, no actually shouting, down the fixed line about how appalling Lina’s antagonist was treating her in some film I’ was watching. I have a fixed memory of one film where the majority was shot on the cheap, not to flash and of the lower standard… but then out of nowhere the camera circled the boat that Lina Romay (and others’ who I’m not sure who they where) going round, round, round in a movie that I still today can’t say how he pulled it off! I go into each Franco film filed with enthusiasm that it may be that film with that shot… or for what surprise of fantastic cinema he'll spring upon me. That’s precisely how engaging Franco’s films are, where. No are. Will always be.

Very a few filmmakers held the same magic grip over my cinematic interest as Jess Franco has, or had. A legacy of filmmaking is over, and sadly with each passing of the old guard (as in Fulci, Rollin, Ossorio etc) a little piece of cinematic history dies forever.  I do not think that we in our lifetime will see filmmakers of their dedication rise from the depths and create the cinematic inheritance that they left behind. There’s a passion, dedication and frustration within these films that are completely lacking from film these days. And funky soundtracks, cool as fuck way before they where retro chick.

I’ve always had a strong intimate bond with the films of Jess Franco from young thrill seeking teenager in the eighties out for smut disguised as arty exploitation, to adult family father of now out for arty exploitation disguised as smut. His films still move me, entertain me, thrill me, and engage me. From the grand masterpieces, to the really cheap ones, they all have that one moment of brilliance. That unique fragment of Franco magic, that makes it all worthwhile. The films of Jess Franco have always been there, and they always will be. This is the only Jesus I will ever believe in. The visionary, the artist, the auteur, the jazz musician, the prankster, the lover, the victim, the storyteller, the jester, the writer, the director, the editor, the filmmaker, the master.

Uncle Jess may have left us, but the legacy lives on. My name is Jason and I’m a Francophile, and tonight I shed a silent tear for the loss of an wild and crazy master of cinema unlike any other that has lived.

Here is the link to my Jess Franco Soundtrack MixTape SLEAZY SUCCUBUS.

SHE KILLED IN ECSTASY

I love the line "the only jesus I'll ever believe in". Fuck yeah. I watched Rites of Frankenstein tonight and just hoped that reincarnation is real.

Keep up the great work buddy!