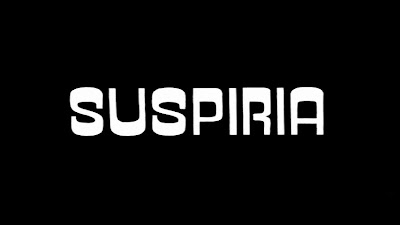 Tonight I watched Suspiria for what honestly might have been the thirtieth time. It’s still a great movie and I still enjoy the heck out of it – as you may have guessed it’s one of my favorites. But the novelty tonight was watching it with a bunch of newcomers to this magnificent movie. They screamed, squealed and squirmed their way through the film and it just goes to show that the film still has its magic touch. Directly after the “Oh my god that was sooo creepy” comments came the “It looked sooo good” remarks… There’s a reason why this film is a landmark of genre cinema and revisiting it with first time watchers really makes this fact stand out.

One of the main reasons I keep going back to Suspiria is that there’s always something new to find… such as the discoveries I made today!

We all know of the legendary mirror reflection showing Dario Argento directing Fulvio Mingozzi and Jessica Harper in the first opening minutes – and what great opening minutes they are, I’m pretty sure that I can go on record telling you that there’s more than one “accidental” Argento moment in this masterpiece of modern horror cinema. 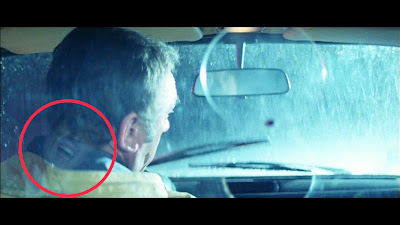 Ok, first one, the classic… Dario Argento reflected in the backseat window of the taxi 00:03:30 Most likely an accident, but a really cool moment as it brings an extra eeriness to the scene. Annoyingly enough this moment was aired on a stupid Swedish newspapers film magazine show and referred to as “the ghost in the horror film”… Öh what? Fast research could have told them what and who this “ghost” was”. 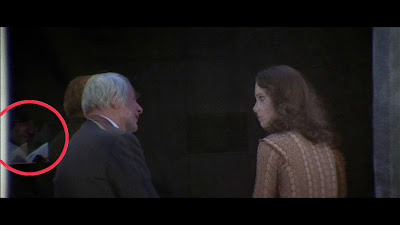 The second, well actually the third appearance, takes place just past the hour mark, just past the Udo Kier scene at 01:16:00 You’ve gotta love the Udo Kier scene, it means nothing but it’s still great. It’s Udo Kier, how can it not be great? Anyhow, Kier hands Suzy Bannion over to chat with Professor Milius [Rudolf Schündler] about Helena Markos, and that’s when it happens. Luciano Tovoli’s camera pushes in and goes right past them into a shot of Bannion and Milius reflected in the windows of the building they are outside of, and hey presto, Dario Argento makes a second accidental appearance, and a second reflected guest appearance in Suspiria. 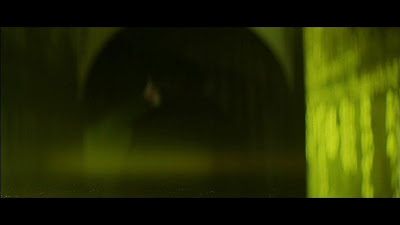 The second appearance, the real deliberate one… Ok, If we count the hand cameo when he offs Eva Axén in the start of the film, this is the second deliberate appearance. I’m not sure that Dario actually did have a hand cameo in Suspiria, but I have no doubt in mind that this appearance is his “killer” cameo. 01:04:06 just as the stalking and barbed wire pit, razorblade across the throats death of Sara takes place there’s a shot of a caped figure walking down the hallway. For a brief, tiny, tiny moment you can see that it’s Dario as he turns his head towards the camera. But be quick, as Franco Fraticelli cuts away from it and the profile is only visible for two, three frames…The screen shot is blurry, but check it on your DVD or even better on High Def, to see that it's really Dario Argento.

I'm pretty satisfied with todays visual discoveries within Suspiria - click the images for lar. I also noted that the soundtrack fades away to silence each time a victim is about to be murdered... Strange way to use that fabulous soundtrack, but hey, as said, there's always something new to discover in Suspiria and I'm eagerly looking forward to what it will surprise me with next time...