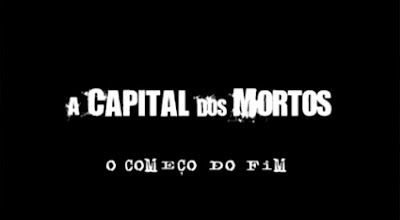 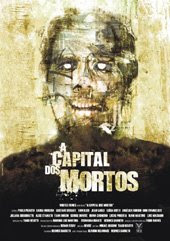 
Story:
After a quick set up that takes place in 1883, a Turin priest explains the rules of the zombie pestilence to haunt the world in the coming centuries we cut to modern day Brazil. Two chicks check out the sights, get snoggy and suck some face, just in time for the first zombie attack washes over them. From here the story follows four friends Lucas, André, Pamela, and Christopher as they try their damnedest to stay ahead of the zombies eating their way through the country. 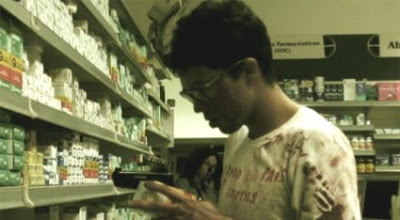 Me:
I probably wouldn't have ever heard about this flick if it wasn't for a mate at work who asked "Have you seen that Brazillian Zombie movie yet?" A few days later he'd gotten the disc himself and told me to check it out. It's a rather decent home made zombie flick from Brazil that could easily loose a few sequences to keep the pace and coherence more at bay. The movie has some problems when it comes to which foot it wants to stand on Shaun of the Dead funny or Dawn of the Dead nihilism. So the movie mixes and blends genre traits with in jokes, references and homage’s to loads of other zombie movies, and at one point there's even a great cameo by the legendary Coffin Joe [José Mojicas Marins] The effects are of varied quality, some zombies just look plain stupid but some actually work, the gore part is also Ok, but suffers from what director Belitto has seen previously instead of creating something new. But the CG gunshot to head FX and the shaky DV camera work great for the movie really creating that “fake documentary” atmosphere to the film. The acting isn’t the best, but the Lucas [Gustavo Serrante] and Christoper [Yan klier] characters are decent enough and work in such an entertaining way that you want to know how the shit is going to hit the fan. Several other characters are also highlighted and introduced only to be discarded a few minutes later, which is a shame because they only damage the film by making it fragmented and tedious. I’m sure that the entire brief Tatiana line is only there because she was the only one who agreed to get her kit off for the cameras. The Jôsefer character who first murders his mother and then when he first escapes the zombies, damages his leg, so with his bloodied body and limp the zombies believe that he’s one of them. It is an amusing little line, especially as his line ends abruptly in humorous encounter with a very dark twist.

Once again it’s fun to watch an apocalyptic vision of zombie infested hell, and this one even shuts the book leaving no questions at the end, even though that answer is a dark and fatal one, it’s served up with one last punch line. 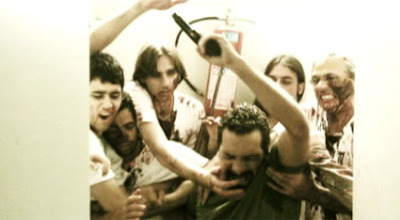 In the whole A Capital dos Mortos is an inspiring and impressive piece of independent filmmaking, and even though Belotti fails somewhat in certain areas there are enough impressive parts to make the a cineaste curious to what he’ll get up to next. At least he made in imprint with this debut feature. 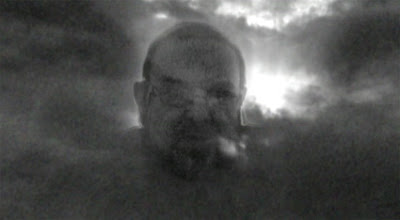 Extras:
The movie comes packed in a two disc edition where the second disc is packed with extras:
Interviews with cast and crew, a ton of shorts on Effect special, Making of and Written errors. Deleted Scenes, Alternative Cast, a short on the Music - Boys and Girls of the Rock and Roll

The DVD can be obtained for next to nothing from the official site http://www.acapitaldosmortos.com.br/index.php
- March 23, 2009

I appreciate your review.