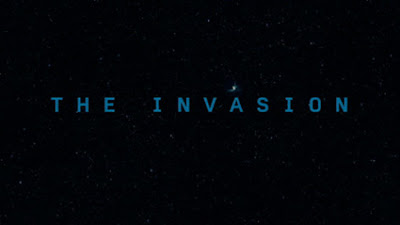 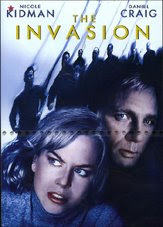 Story:
Psychiatrist Carol Bennell [Nicole Kidman] has for the last year been divorced from her husband Tucker [Jeremy Northam], who decided to pursue his political career over his family, finds her self and son, Oliver, in the middle of an alien invasion with a political twist. After a terrible space shuttle accident a strange organism has been found that has the citizens all railed up. But pretty soon the government is proclaiming that there is no threat, and that they are prepared for this “alien invasion” But the alien spores are taking over the population, and even one of Bennell’s patients, is complaining that her husband isn’t her husband. After several strange incidents she starts to investigate the alien invasion with her boyfriend Ben [Daniel Craig], just to learn that the invasion is much closer to home than she ever could have guessed. Now her main objective is to stay awake and keep one step ahead of the “new” inhabitants of earth who want to take over mankind. Don’t fall asleep! 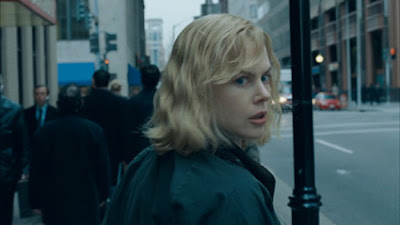 Me:
Honestly, was this necessary? Did we really need a new take on a movie that was first made during the Hollywood coldwar/communism blacklisting scare in 1956 by Don Siegel, updated and remade to splendor by Phillip Kaufman in 1978 and then again updated decently by Abel Ferrara in 1993. But, still, You can’t out do Kaufman’s fantastic version of Invasion of the Body Snatchers, you just can’t! So why even try? Ok yeah, so I’ll give credit to David Kajaganich for his modernized political twist on the original Jack Finney novel, but still it’s just a dead movie. We know where it is going from frame one, and there are NO surprises at all. If you have a great story set up where the aliens have come to earth to create global peace, which they more or less succeed with by the movie climax, then why do you pull a 180 and totally fuck up a story that was going somewhere? If you wanted to surprise me whey the hell didn’t you just have the government crash the “Secret Lab” stomp them out and then have Nicole Kidman be completely zonked (as she is in that last part) so that she agrees to join Daniel Craig and the other “pseudo humans” in their new state. Then they all kill her child as there is no room in the “New” world for immune non-receptacle people. Then end it all with world peace and a race that is totally in agreement with everything. That would have fucked the minds of your audience big time. They sacrificed everything to become a united race. Kidman sacrificed her kid for global peace. That would have made an impact. And that would have been more acceptable. Because if the government wanted us to get with the programme, they would make us. They would turn us all to “pod persons” if they thought that was for the best. Not the incredibly insulting ending where the scientists save her at the very last second and cure the world… …only to have wars, murders, global conflicts back on the daily agenda. And then that ridiculous “happy family” ending where Daniel Craig is back to normal and Kidman gives him a “still not sure if I trust you anymore” looks (which isn’t much different from any of her other “looks” in the movie) just rips a hole in any credibility that this stinker ever had to start with. Now this isn’t all because of the director Oliver Hirshbiegel and Kajaganich, so let’s not point any fingers here. But if we where to point fingers, stick it in the direction of producer Joel Silver. As he found the supposedly two hour original cut boring and intellectual, he brought in the Wachowski Brothers [Yeah as in Matrix, se where I’m going! Part one rocks, then it all just goes down hill] to re-write the script and later still James McTiegue [remember that guy who fucked up Alan Moore’s V for Vendetta] to re-shoot shit. Like that Molotov throwing during the car chase bit. If anything ever felt out of place then that is the school book example. So according to internet rumours all that remains of the original vision is bits and pieces here and there… 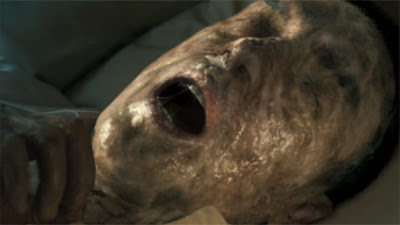 The acting, lets talk about the acting. It’s possibly the worst I’ve seen in a long time, and I’ve sat through some really bad movies in my life time. Kidman can’t act. Period. She can’t act. Just name ONE movie where she is believable (apart from Gus Van Sant’s To Die For and you can’t say Kubrik’s Eyes Wide Shut, because you just think that she acted in that because she got her clothes off.) There’s something about her that just doesn’t work for me. She always looks the same, what ever she is supposed to be playing. Her “Oh, this psycho just tried to kill my husband and I on our honeymoon in the middle of nowhere” “Oh I’m Batman’s Girlfriend!”, “Oh, My sister and I are witches!”, “Oh I’m a ghost!”, “Oh, I’m Virginia Woolf and I’ve got a really bug nose!” faces are all the same she might as well be saying “Oh, I’m Nicole Kidman and you have to give me a shit load of cash so that I can look like this!” because there’s nothing there. She is a Stepford Wife. Daniel Craig! What is he doing in this movie? He was fucking brilliant in Layer Cake, but here it almost as if he says “you know what I’m Bond and I don’t have to bring anything to this movie any more!” (Because he did in fact get the Bond Gig during the shooting of this flick) Jeffrey Wright, that guy owned me since bringing Jean Michel Basquiat to life in Julian Schnabel’s amazing Basquiat biopic, and I just love him to death in Jarmush’s Broken Flowers, but here… A scientist who sneers, doesn’t believe in what he’s saying and might as well just be reading lines right out of a paper (which he in a way is doing), and not to mention Jeremy Northam, who other wise is amazing in authority figure roles. They just come off as completely uninterested in the story, which clashes hard with the behind the scenes footage where they all praise the plot and story… Strange stuff indeed. Perhaps they where exchanged for pod people? 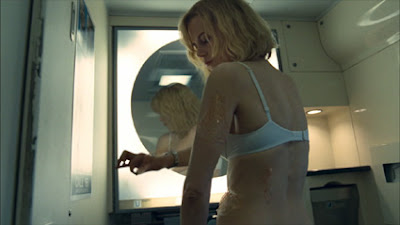 Could it be that the director out of his league? It certainly feels like it, but at the same time you have to remember that Hirshbeigel directed the magnificent Bruno Ganz in the fantastic Der Untergang [The Downfall: Hitler and the End of the Third Reich], Ganz one of the biggest stars in Germany and that movie all takes place in a bunker, but still has you wanting more after the three hour extended cut is over. And not to forget that really interesting Das Experiment that all takes place inside a temporary prison where the experiment explores how far people will go in the roles of Jailer and inmate. Really impressive stuff, but Invasion… It never really reclaims the posture that it tries so desperately too build in the setting up of characters and plot, it just falls flat like a pancake from the sky. A movie plays along the line of “don’t fall asleep, or they will get you!” is just ironic, because this movie really puts the audience to sleep!

Finally the positive things about this stinker, and once again I have to go back to that script by Kajaganich. Using the pharmaceutical metaphors where we load our selves up on so much shit that even the “aliens” can’t see who’s who is brilliant and makes for good commentary on the quick fixes that mankind take today. Also the political statement that we wouldn’t let world peace happen is also very well scripted. Director Oliver Hirshbiegel needs a pat on the back because the camera work is what makes this film watch able, along side that original idea. Suggestions to DVD companies, if you ever re-release this turkey, make sure that there’s a Score only audio option. Those suggestive angles and rapid edits of Hirshbiegel’s together with John Ottman’s post-modern other world score are all you need to make this thing fly. Or even better put the director and screenwriter’s vision back together and let the audience decide.

Extras:
We’ve Been Snatched Before: Invasion In media History Documentary, 3 Featurettes; The Invasion: A New Story, The Invasion: On The Set and The Invasion: Snatched, Trailers for other Warner titles