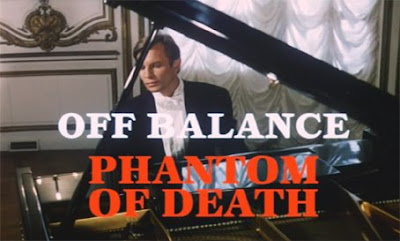 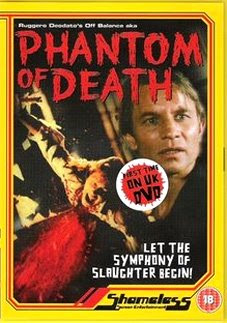 
Story:
Concert Pianist Robert Dominici is a praised musician who’s performances are aired on national television. During one of these televised concerts a scientist is murdered in a beastly manner, and the police are left clueless. Inspector Datti, is put on the case and when Dominici’s girlfriend also is murdered he starts putting together a possible solution that doesn’t make sense, but is plausible. Dominici starts dating his old girlfriend and fashion coordinator Hélène Martell, and pretty soon she turn out to be pregnant with his child, but Robert isn’t as happy as he should be, instead he’s quite the opposite. When Inspector Datti starts figuring out the enigmatic mystery put before him, he’s forced to put logic aside when the suspected killer either is several people or one man aging rapidly… 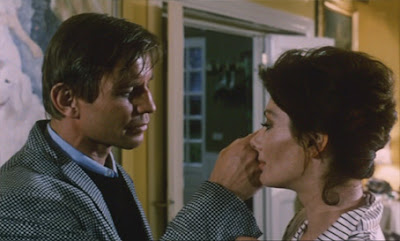 Me:
I really can’t find much good to say about this movie at all. Perhaps it would be that great Argento-esque second killing in the train station with the great big shattering windows and the always fantastic Edwige Fenech, but not even Edwige feels at place in this terrible piece from Ruggero Deodato. Not to mention Michael York in what might be the worst case of miss-casting ever. Michael York just ruins this film for me completely. He’s so not into his character and he acts like a lump of coal. Which is a shame; because I’m sure that this could have been a great movie if the heart had been in place instead of a lump of coal that generates no empathy or interest at all. Even good old Donald Pleasance is more or less just parodying the “inspector” role that he perfected in so many earlier movies that it’s annoying. The story of a serial killer having a lethal disease which makes him grow older at rapid speed is a great, the few effects by Cataldo Galliano (Sergio Martino’s Island of the Fishmen, and Mannaja, Dario Argento’s Four Flies On Grey Velvet) that are in the movie are very effective and are very appropriate of the late eighties special effects, exaggerated and overdone, but gory as hell and fit the movie like a charm and the aging process of York’s character is really well done, but still his acting ruins everything. 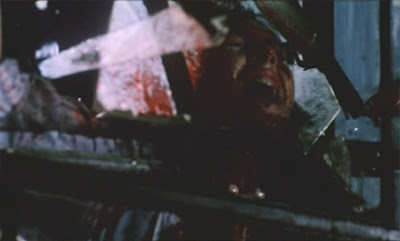 Story wise it’s a very interesting and unique attempt at bringing something new to the genre, as York goes insane parallel with his progeria that is turning him into an old man, and when he learns that Fenech is pregnant with his child he goes after her to inhibit his bad genes from to infect their unborn child, hence prohibiting the child to grow into a “monster child” like the one he has previously seen at an orphanage. It’s a decent plot and really is the strong point of the film, but like I said, York just ruins it completely with his shitty acting. But I suppose that’s what you get when you use the wrong person to play the lead part in your movie. Anyhow, the story brings something new to it and it’s a nice twist to it as you are lead on by the opening montage which crosscuts between York playing the piano, and a doctor being murdered, and it couldn’t possibly be nice Michael York who was the killer, as he was playing the piano live on TV at the time, we saw that didn’t we…? 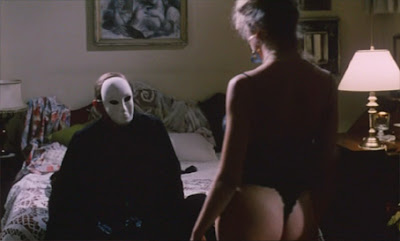 Pino Donnagio’s score works all right, perhaps not his best work and all that classical piano tinkering just adds to the annoyance, as York’s character is so maddening, but the score gets the job done. Considering that the storywriters/scriptwriters Gianfranco Clerici and Vincenzo Mannino have titles like Fulci’s New York Ripper and Don’t Torture a Duckling, Deodato’s House on the Edge of the Park and Cannibal Holocaust, not to mention Enzo Castellari’s The Last Shark, Umberto Lenzi’s fantastic poliziotteschi Violent Naples and Duccio Tessari’s The Bloodstained Butterfly on their writing credits, it’s painfully obvious that Deodato not only miscast, and failed his directorial duties on this one, but also shot it ten years to late. With the right cast, the right score and made at the right time it would for sure have been a classic, and not a dud once again proving that the giallo as a genre wouldn’t make it into the nineties.
Unfortunately this was also the last collaboration between Deodato and editor Daniele Alabiso, who used to bring a much more violent and aggressive tone to the movies he edited for Deodato during the 70's and 80's. Again the movies unfortunately became more about spectacle than the impact full narratives and jazzy swagger of those gone before them. 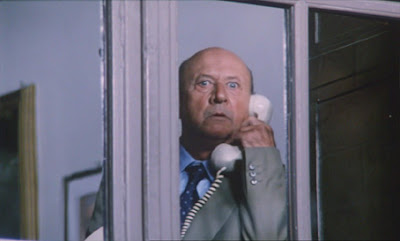 Keep a look for the bloke who get’s on the moped just before the train station. Don’t blink because if you do you’ll miss Deodato’s cameo, possibly the only part of the movie he really focused on in this terrible piece of Italian Genre Cinema. Great eighties special effects, some brief nudity and the always wonderful Edwige Fenech, but that’s about it.