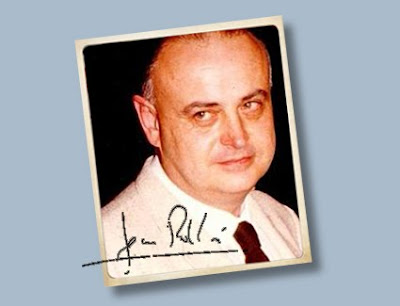 It’s a sad, sad day indeed. There’s been to many obits' written this past year as some very important people have passed on during these last twelve months. Doing the rounds on the Internet and checking the latest goofy facebook updates, I heard the rumour that Jean Rollin had passed away after some time’s sickness. I was completely taken by surprise and it shocked me immensely. I had to call my wife as I walked one of our kid’s to school in the freezing cold snowstorm brewing to share my grief. I dropped him off, stuck my headphones on, flicked to random playlist with my gloved hands and eerily enough Acanthus score to Le Frisson Des Vampires started to play, and the saddening truth started to settle in. Jean Rollin was gone, one of the greatest French directors of all time, and ironically one of the least known ones too… 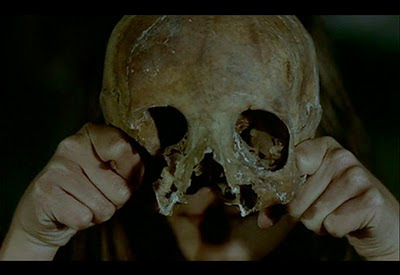 It made me really sad. It would be fair to say profoundly sad. It might be projection of all those other deaths this year or it may just be because Jean Rollin held a very special place in my heart. Jean Rollin is one of the directors that I have always looked upon with the greatest respect. These past years I have had a great time going back and re-watching movies that I first saw on VHS back in the early nineties – both through the many Redemption releases and some titles through V.S.O.M. Like a fine wine the films have aged gracefully and are more in line with my preferred taste now. Where some of the movies may have left a certain impression on me back then, they have had a completely different impact on me now as an adult. The years that have passed have allowed me to read movies in a different way, interpret themes and see connections within the canon. It had me so enthusiastic that the plan for 2011 was to quit work, go back to my film studies which I walked away from fifteen years ago – and write my masters thesis on the themes and iconography of Jean Rollin, a project I started exploring here on the blog. 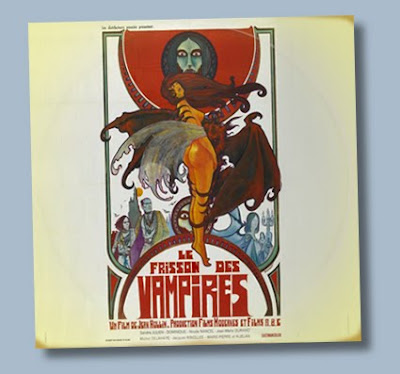 Rollin has been a guilty pleasure of mine for something like two and a half decades, from when I was a single youth wanting to see as much weird stuff as possible, to being a married adult with two kids who seeks out Rollin movies as a meditative cure to the often repetitive movies that make up horror genre these days, not that Rollin made horror movies. His films where philosophical art-movies with horror conventions and traits to create a mesmerising world. It pleases, and in some way comforts me, that his movies have started turning up in pristine releases these last couple of years, because his great cinematic visuals and emotional themes will always stay with us, and be reinvoked every time that we watch one of his movies.
No matter what his main narrative was, there was always a tenderness to be found in his movies, a tenderness and a humanity that still fascinates me deeply and acts as something of a interconnecting trait throughout his work. Much like some other popular Euro genre directors, he was repeating a pattern, remaking his narrative, reworking his motifs, searching for that perfection that was his drive. 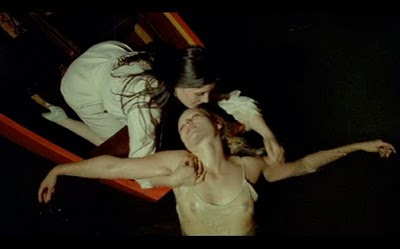 Something that always fascinated me about Jean Rollin, apart from being the creator of some of the most stunningly beautiful and poetic films ever to have been made, was the reoccurring tales that he was shy and uncomfortable around set of the adult movies that he directed to keep food on the table. These movies weren’t movies that Rollin didn’t care for, because he went into those movies with the same passionate approach and delivered some fantastic visuals there too. But supposedly he’d rig the camera, set up the shot, and then before the actors and actresses got down and dirty, he’d leave the room and smoke his pipe leaving an assistant to shoot the sex scenes. I don’t know how much truth there is to that rumour, but it has always stook with me and brought a kind of respect with it. I’ve always interpreted it as even though Rollin was uncomfortable in those settings, he was at piece with the fact that he was working within the low budget sphere, and no matter what kind of a movie he was making, he’d give it the attention it deserved, even if it meant setting up and then leavening the set before the rumpus started. As said, I have no confirmation of the fact or even know if it’s something I imagined along the way, but there’s a strong empathetic value in there.
An empathy that taught me to love Jean Rollin.
Rest In Peace Jean Rollin, the creatures of the night will shed a silent tear for you as we gather at the beach in Dieppe and gaze longingly upon the sea. 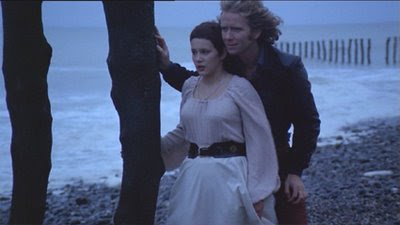 Texts on the movies of Jean Rollin.

This is sad nws.
I only literally just discovered that Rollin has passed away.
His films really have that unique feel of tender melancholy.
The world film arena has become a bit emptier now that he is gone

I totally agree with you Alex. There's certainly going to be something of an empty space left behind.