Siege of the Dead 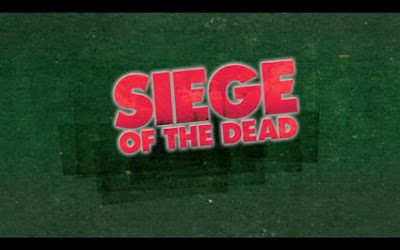 Siege of the Dead
Original Title: Rammbock
Directed by: Martin Kren
Germany/Austria, 2010
Drama/Zombies, 59min
Distributed by: Revolver Entertainment
Zombies. There’s two schools when it comes to the world of the zombie - Romeroesque shufflers or the 21st century reduxed rushing reapers of death – and the third, the classic Haitian zombies favoured by Lucio Fulci and last seen with Wes Craven’s The Serpent and the Rainbow 1988 somehow seem to have vanished completely… Well in all honesty I don’t really give a damn. The old school zombies that I like the most – as I was indeed raised in the Romero period shuffle - or the modern day zombie that move fast and scare the crap out of their audience. Use them in the right way and you'll have an effective movie. One of the key's is realising that the human lives at stake are perhaps what are the most interesting, and not the actual zombies. Sure they are a threat, but on more than one occasion the terror outside is not half as intimidating as some of the people who are trapped together. Yeah I know, It’s always been a big point in Romero’s movies too, and luckily this is one of the traits that most good modern zombie horrors has latched onto. 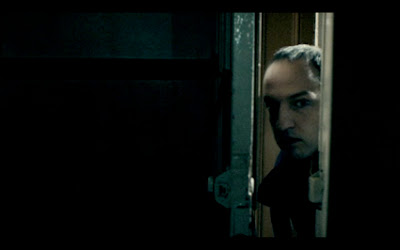 A lone man, Michael, [Michael Fuith] returns to Berlin with the intention of returning his ex-girlfriend Gabi’s [Anna Gracznyk] key to her. His agenda obviously being to swoon her back and possibly play on her guilt to take him back… Instead he finds two handymen working with the radiator system in her flat, and no sign of Gabi what so ever. One of the handymen starts to have some kind of seizure and pretty soon he’s a full-fledged chalky-eyed zombie chasing Michael and Harper [Theo Trebs] into one of the small apartments even smaller rooms. It’s in there that they notice the commotion out in the courtyard, and see other tenants who too seem to have been caught up in the disturbance. They realise that they have to join forces to close the gate into their yard or else they will soon be invaded by the hordes that now roam the streets. Instead of the common man against man, it’s a slow drive as the few remaining tenants start to figure out how they can make it out alive, and in which way they can assist each other. 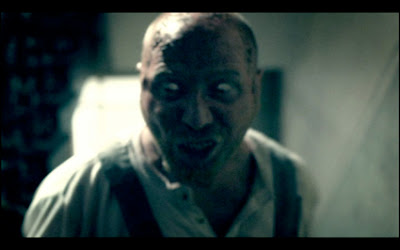 For some retarded reason – primarily to latch onto the George A. Romero universe – Kren and Hessler’s Rammbock was renamed Siege of the Dead. I missed this one for a while whilst rejecting Siege of the Dead for being yet another obvious “..of the dead” cash in. But it’s not. This is a very original piece, a German zombie flick that really hits the spot. It’s a fascinating, terrifying and interesting movie that deserves much more attention that it actually received, and now it’s available on DVD, there’s no reason to miss this little gem any more. 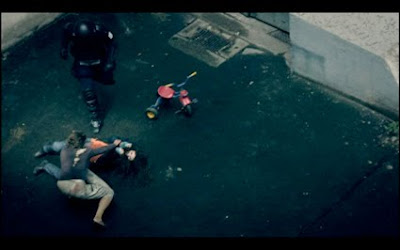 Small everyday details are what make this movie such a brilliant little piece. Michael’s almost anal determination to keep things normal, like when he gives Harper a bollocking for bending Gabi’s forks into weapons - a slingshot and ammo, or how he’s determined that each call to that damned cell phone he’s dropped in the stairwell outside the locked apartment door is Gabi calling to see that he’s OK… a determination that forces them out of the flat, on to the ledge only to face the clawing zombies and run right back into the flat, chased back into the most cramped back room where escape seems impossible. Also the way they put the zombie infestation into proportion as the news name it “our own, German 11th September”. The emotion associated of that state of anxiety is fairly easy to tap into and works grand for the movie. 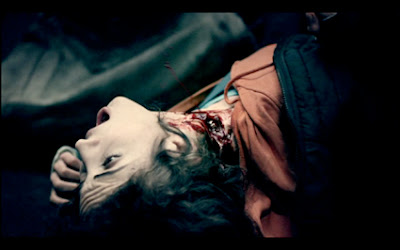 Early on there’s a theme of alienation introduced when Michael shouts to the police officer in the yard for help. The police officer looks up and snarls a bloody grinned snarl that is very symbolic. When the law have lost control of the situation – the shit has hit the fan. A while later Michael stands on a rooftop gazing out over the city of Berlin whilst pillars of smoke raise to the skies. A metaphoric moment that echoes the bombed out destruction of Berlin sixty-six years ago, a time that Germany was wrecked and left to their own devices, a deep scar of alienation. 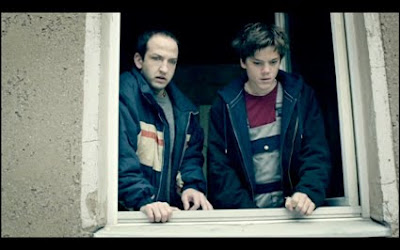 Claustrophobia is also a very effective tool used in Siege of the Dead, the locations get smaller and smaller as the movie goes forth, at one point Michael finds himself hiding in a cupboard with hardly enough room to lift up his arms, and Harper is isolated in the tiniest of crawlspaces when the two men have important insights into how to survive the night – metaphorically things have to become really bad before they can get better and these two instances are such moments of the movie. Harper realises he holds a potent weapon, Michael is about to have his world thrown over and only after staring death in the eye can they appreciate the insight they gained. 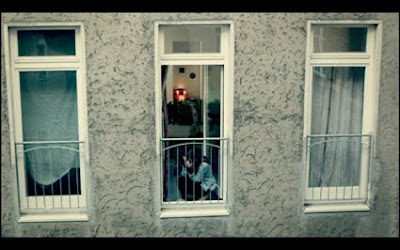 Benjamin Hessler, screenwriter of Siege of the Dead is a promising name and I can’t wait to see where he goes next. Despite being his debut feature, Siege of the Dead is a fascinating, entertaining and intense movie that delivers in many ways. Even though it is all about Michael and his quest to be reconnected with his girlfriend Gabi, the interesting twist is that Michael isn’t such a likeable character. He’s rather unsympathetic. Not that he’s evil or a bad guy, he’s just not really likeable, and the complete opposite of what you would expect the protagonist of a zombie movie to be like. He’s short, he’s quite obnoxious, he’s clumsy and he’s in all honesty a pretty odd character. Which is an ingenious move by Hessler – as this creates something of an ultimate underdog, this chubby, unlikeable persona with his almost stalkerish approach is fascinating and obviously this creates a natural interest in him. I invest in his character and I want him to be reunited with the girlfriend he longs for. Which he finally is, and then the movie takes a completely different road. 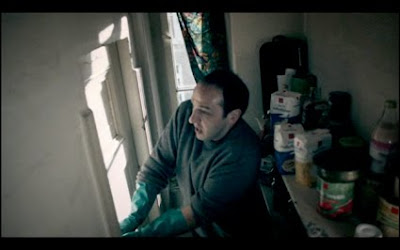 Where Michael spends the longer part of the movie thinking only about himself and his quest, he changes path when he finally is reunited with Gabi. In no way does this scenario take place in the fashion he expected, but rather the opposite and this changes him. It takes his character arc onto a different path, something that I really found fascinating as character development is rare in zombie movies. Characters usually stay polarised in their sphere throughout the entire movie – I’m not saying that it never happens, as it is becoming more and more common, hell there’s even a TV serial where this happens more or less every week, but in low budget features, it’s still a rarity. 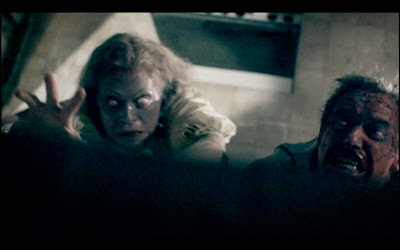 Siege of the Dead was a really entertaining movie, an unpredictable movie, and a movie that I find to bring something new to the table. Stuff like Yann Demange’s brilliant Dead Set, or Marc Price’s Colin 2008, brought new novelties with them - although Colin was way to long, a pit fall Siege of the Dead avoids and almost comes off as to short, and I’m longing for more when the movie ends –I feel that Siege of the Dead is onto something. There’s an emotion in the movie that’s not found to often and that seemingly unlikeable character – who obviously becomes likeable when the moment of truth comes around – is a fascinating way to go. 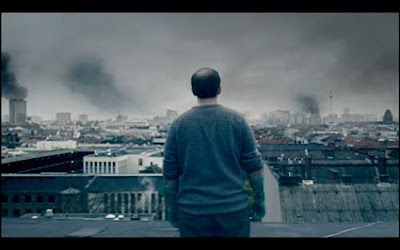 Glad you liked this as much as me J. I loved it... thought it was a real breath of fresh air for the Z. genre. I liked the claustrophobic feel as they move from room to room within the building. The short running time makes it really "tight", no filler. Looks great too, veyr nicely shot!

Aylmer!
Yeah mate I really enjoyed it, and you are so right about the "tight, no filler" feeling. It's full throtle from the word go. It is a beautifull movie, and the thing that annoys me is that I met Hessler when I was giving that lecture at the Lund Film Academy last year, as he was part of the final panel. Unfortunately I hadn't had time to catch Rammbock so we didn't really have a platform to discuss the movie from, which is a damned shame. Anyways, its a great movie and I really liked it. Even the missus said that it was a really good one too.