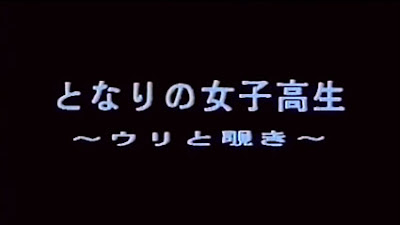 Hisayasu Satō… why isn’t his name more known and out there? I find this to be a real mystery as his movies are powerful stuff, mixing Pinku, drama and thriller traits to create some really captivating stories. Sure, his movies are somewhat hard to find, but they are out there, and you can get a hold of them if you like your movies on the alternative side of the spectrum. Perhaps we need to rally and demand a Satō retrospective, screen his movies and get his name out to a wider audience... because they are missing out on something.

Turtle Vision, the name that Satō gave the fourth out of six movies he directed in 1991 really gives no insight into the movie’s plot in the way other titles have. Hence the studio, ShinToho renaming it Hidden Camera Report: Sleazy Pictures, before it finally seeped out to video under the new name High-School Girls Next Door: Selling themselves and Peeping… becoming more and more obscure with each step. 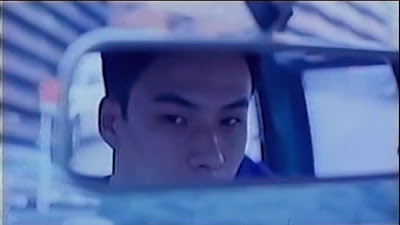 Turtle Vision concentrates round the traits I’ve previously pointed out define the cinema of Hisayasu Satō. The movie opens with a very classic Satō image; that of the television screen, alt viewfinder of a camera. On the blurry static image we see a man and woman being intimate – the image is almost distorted beyond recognition, as the camera zooms in on the projected images. A hard cut later we are watching a young woman being violated by three masked men. She looks right into the camera and cries out in pain. Within mere minutes, Satō has started up the movie, presented us with clues to the narrative of this film and established two traits that define his style of cinema. Voyeurism and a backstory, which uses sexual violation to motivate future actions.
Eiji [Kouichi Imaizumi] videotapes prostitutes and their clients. These tapes he later sells to a pornographer who edits and sells them on. Eiji is amongst his best suppliers, and his assignments are many. His latest mission is to shoot girls – prostitutes - dressed in traditional schoolgirl garb. One night whilst he’s filming just such a scenario, the schoolgirl [Miki Fukada] who gives an appearance of being somewhat distant, almost like hypnotized, pulls out a razor and slashes the customer across the eyes. Eiji becomes obsessed by the schoolgirl and her violent actions against the men who pay to be with her. It’s also here a classic Satō twist is presented, leading up to his characteristic triangular structure that features in most of his work, and the introduction of the character called Maki [Satō regular Kiyomi Ito], or as I call her “the hiding girl”. This is a complex character in a lesbian relationship with the Schoolgirl, and who never leaves her apartment but for the observation of the outside world through a telescope she has peeking out from behind the curtains. Eiji’s obsession leads him to take the Schoolgirl with him to see a scientist who through the use of a new technology called Video Therapy starts to dig into the reason behind the murders committed by the schoolgirl. Amusingly enough the technique is compared to that of videotape, which picks up static interference from large magnetic objects – such as all of us who used to meddle with VHS know, keep them away from the speakers… There’s a bond between the schoolgirl and Maki, which is much more profound than simple lovers. And as with most of Satō’s flicks of this period, the rush of insight that comes with this moment and its conclusion is pretty devastating. It also presents us with the genesis of Eiji, Maki and the Schoolgirls traits. Who they are, why they are the way they are and where they go from here, its strong stuff, and impressive in the way Satō movies are. There’s more to it than just getting smut up on screen. 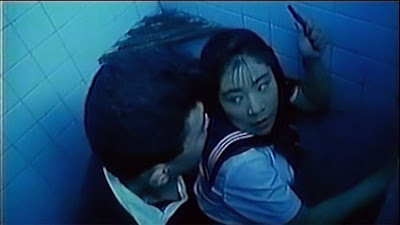 It’s becoming fairly obvious that the movies Satō was making at this period in time – movies with scripts by Shirô Yumeno and like this one, Taketoshi Watari – are noticeably influenced by Michael Powell’s Peeping Tom 1960, Turtle Vision is undoubtedly Dali/Buñuel’s Un Chien Andalou 1929 and it's ocular assault similar to those found here, and quite possibly even by Hitchcock’s Psycho also from 1960, as that too uses something of a voyeurism approach to it’s subject matter. Voyeurism is an important part of Satō’s cinematic vision. Almost every movie of his uses the camera to observe the world and separate wrongdoers from taking responsibility for their actions. Much like Peeping Tom, the world of the observer comes crashing down when the camera is turned on them.
What constantly fascinates me with these movies is that there is a yearning and a tenderness that explodes when narrative and insight culminate. Despite having rather cynical and harsh characters, they often tend to transform into something much more vulnerable once the façade is torn down. This kind of makes these movies work for me, despite them becoming somewhat predictable. Although they do entertain, and they certainly do leave an impression. 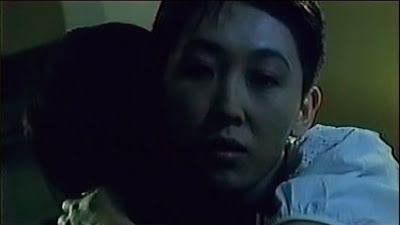 Character arcs are interesting in these movies. There may not be too much character development taking place, but the journeys they make are captivating. Eiji who hides behind his camera becomes more humane when we learn why he’s hiding. Maki, who hides behind her curtains only observing the world through the protective filter of her telescope. It’s logic why she hides when you know why, and the reason for leaving her safe heaven is understandable when you know why she does it. The schoolgirl, well, I’m not sure there, but she manages to make love without killing her partner, which in some Pinku style way is kind of fitting, and when you think about it, it does make sense. She too has a journey from sleepwalking slave, to free individual during the course of the movie, so there’s some small development to be found in all characters when you look closely at it.

Finally, that title. Perhaps it's a metaphor for hiding one's head inside a protective shell, and only peeping out from therein that Satō is getting at with the original title... which kind of makes sense when you break the movie down like this.

Turtle Vision certainly is a fascinating piece of ocular tainted Pinku that comes highly recommended and definitely would be one the half dozen Satō movies I’d advocate be screened at that retrospective. 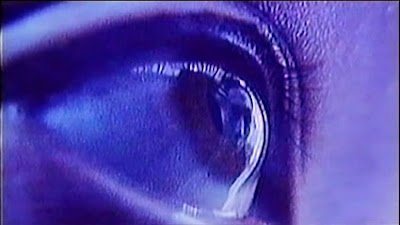