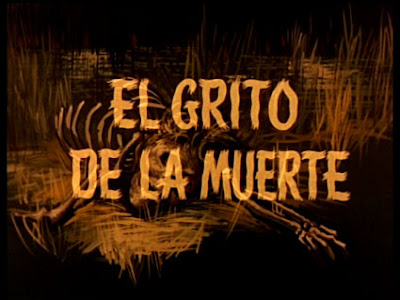 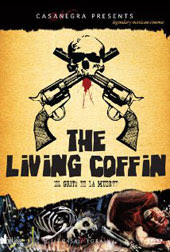 Normally I would have written some dorky ingress about how I first was introduced to Mexican genre movies via Santo & Blue Demon and the Something Wild/Klub Super8 festival I went to with my wife over a decade ago, or the hundreds of thousands of characters I’ve written on current Spanish/Mexican movies… but I don't want to waste time with that...

Instead let’s just agree that Mexican Cinema is fucking grand, the now defunct Panik House, Casa Negra releases are required viewing and some damned fine examples of a time when Mexican Horror was at the top of it’s game. 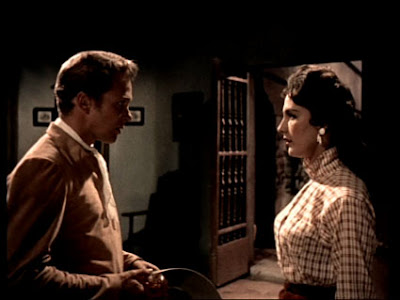 A cowboy [Gaston Santos], part time sheriff, and also self proclaimed archaeology buff, arrives at the remote Hacienda de la Ciènega, with a strange statue that he’s been given. He asks inhabitant Maria Elena Garcia [María Duval] about the strange item and learns that it’s one of two statues her recently deceased Aunt Clotide [Carolina Barret] had made after her children died in the quicksand surrounding. Dõna Maria [Hortensia Santoveña] is mishandling the ranch due to her profound superstitions, and it’s on its last legs, much to everyone’s despair. With the rumour of the Weeping Woman who walks the casa at night, even the roughest bandit choses to sleep under the stars instead of spending the night in the house. Fast exposition set’s up the hauntings and the curse of the “weeping woman” is established – yes, it’s Clotide who mourns the death of her kids. A big knife is stuck in the face of the grandfather clock in the hallway. A knife that freezes the time of Clotide’s death hence prohibiting her from returning from the dead again. Maria Elena yanks it out and the terror begins. Ghosts rise from their tombs, rotten bandits shoot unfortunate ranch hands in the back, Gaston is chased into the swamp facing a certain death -only to be saved by his horse – more ghosts come back from the dead, and the truth is finally revealed… only those alive at the end will know what really is going on at the Hacienda de la Clènega. 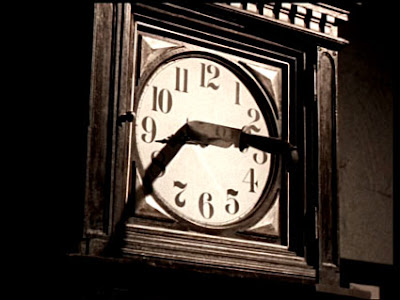 The Living Coffin is very much a classic western with strong seasoning of Ghost story, But the main motor of the movie is the mystery of a secret plot to take over the mansion and exploit the land it lies on as it’s said to hold a vein of gold beneath it’s foundation. A good old western film trait - Greed. There’s nothing Greedy men won’t do, even if it concerns trickery, deceit and grave robbery.
Being a sucker for themes, iconography and reoccurring traits, these movies fit me like hand in glove. Only minutes into The Living Coffin Gaston asks about the strange statues that have brought him to the Hacienda. The statues are obviously referred to as Weeping Woman, a recurrent icon in Mexican genre film. 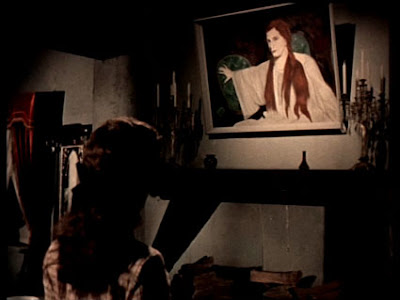 One of the most familiar Mexican “genre” themes is “La Llorona”, the curse of the crying woman. This dates back way back to Aztec times, and tells the legend of a woman drowning her two children so that she can be with her lover. When he doesn’t want her, she takes her own life. Her punishment becomes to walk the earth for the rest of time and remorsefully she cries for the loss of her children. Being a cautionary tale, the use of the legend in genre movies is somewhat self-explanatory and in The Living Coffin it’s dealt a nice twist through the subplot concerning the statues and the past relationship between Clotide and the village Doctor [Antonio Raxel], a characteristic semi drunk who has been hitting the bottle since Clotide passed away. The legend was first put on screen by Ramón Peón in the movie La Llorona back in 1933, and has been immortalised numerous amounts of times since then. 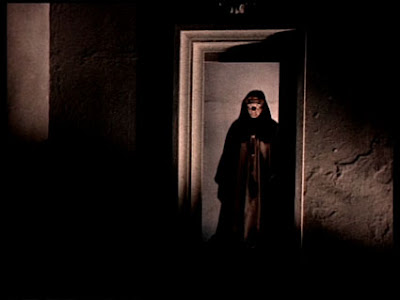 Good looking playboy matador Gaston Santos step into movies and especially Westerns is something of a natural step from the bullfighting arenas he’d been competing on as he used to fight in the style of Rejonador, the matador who rides a horse. So using his boyish charm, and his riding skills, he set course on a career in movies after Alameda Films signed him to star in a series of movies. Taking on a Rob Roy-ish kind of character in three movies directed by Rafael Baledón, with a comedic sidekick in the shape of Pedro de Aguillón (who performed the voice of Sylvester the Cat in the Spanish version of Looney Tunes). Even in later movies such as The Living Coffin, Augillón acts as a comedic sidekick to Gaston’s straight guy. Here we find Aguillón constantly yearning for sleep and being goofy in the fight sequences.
Mexican Westerns have always had an off niche where the genre is mixed perfectly with the forces of supernatural. In no other country was it as common as Mexico, and in no other place does it work as grand as it does there. I’ve seen other horror themed westerns, but none manage to bring the weird off kilter atmosphere of the Mexican flicks. 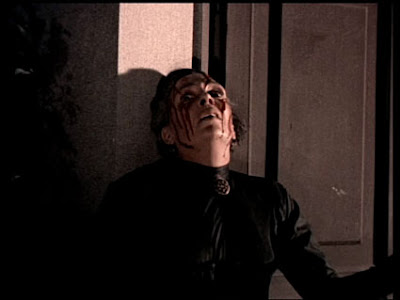 Several red herrings are laid about through the narrative, which keeps it intriguing. We obviously know that Gaston will solve the case and all will be revealed before the ending comes – and it certainly is a Scooby Doo one, but the journey there is worthwhile and it works swell with the overall tone of the film. It’s not full horror we’re dealing with but more horror light, familiar themes and the odd comedic element here and there, such as goofy sound effects. Aguillón’s character is focus for the comedy, Gaston the detective work and Maria Elena the ghost story.
Where I found the cinematography of Victor Herrera on The Black Pit of Dr. M to be visually stunning, The Living Coffin unfortunately doesn’t really live up to the previous one. It looks good enough, but the skilful use of shadows, contrasts and effective lighting seem to do nothing when the movie is shot in colour. This is odd as both movies where shot in the same year. Although something that does keep up standards is the script by Ramón Obón, and the effectively haunting soundtrack by Gustavo César Carrión. I wish that I could find some of his music available on CD. Mexico would be a grand venture for a future mixtape.
Don’t go to The Living Coffin expecting a horrific tale of ghost and superstitions in a western setting, you may get your hopes up to high. But if you want an entertaining and fun movie that really is easy to take in, demands nothing from it’s audience – only because it’s half a century old, and we are accustomed to the tricks it plays on the audience - then this is something you want to check out. 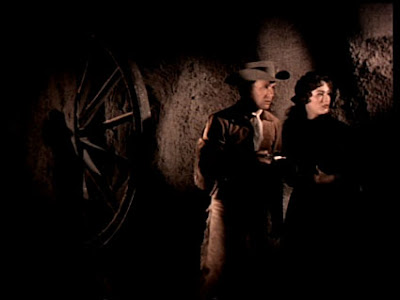 I wish Casa Negra could've lasted. I cherish my copy of The Vampire & Return of The Vampire, perfect transfers of beautifully made black-n-white Mexican Horror.

Yeah. They put out some really interesting stuff.