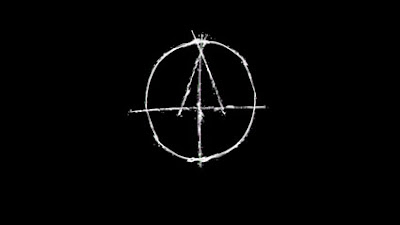 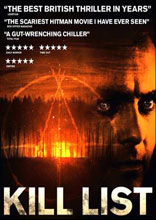 A few weekends back, I was honoured to be part of a debate panel on Monsters, Horror and Genre at the first ever Monsters of Film festival held here in Stockholm. (A great little festival that I hope lives on forever) During this debate, or rather discussion panel, I tried to make a point that there’s a trend now of fictional monsters being replaced by factual monsters, i.e. us. We, mankind, are the monster in so many films I see these days that I have to say it’s a budding genre trend. A Serbian Film, The Bunny Game, The Human Centipede, Pig, Grotesque, etc., the list can go on forever, in several ways completely different films, but they are all connected by having a antagonist in the shape of a Human. My rapidly blurted theory got thrown something track as one panel colleague argued that mankind isn’t really a monster, preferring to look at the acts of evil instead. But then again, it’s acts of evil that define a monster; otherwise we’d call them something else. If it’s not evil, then it’s not a monster, is it? So when a human does evil things we call him, or her, a monster. It’s the red-zone definition of evil being.

I just saw a movie that I’m pretty convinced could be placed in that debatable niche, Ben Wheatley’s Kill List. A film where man is monster. Jay [Neil Maskell] is a former soldier now taking assignments as a hit man together with his mate Gal [Michael Smiley]. The pair ventures out on their first assignment after an eight month absence, following an “Incident” during their last mission, in Kiev. Pretty soon the balance comes off kilter when Jay, without warning goes off the deep end once again. What was supposed to be a series of simple assassinations, instead become acts of profound violence. Gal see’s his best friend going over the deep end, and following an uncanny encounter with a strange pagan cult, they take the decision to walk away from the three part assignment.  This decision drives them deeper into the sinister scheme they have unknowingly have been drawn into. 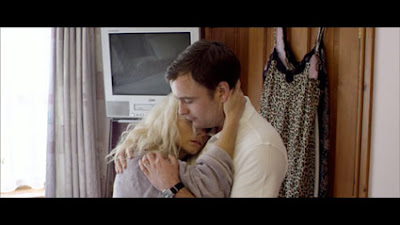 If you come into Kill List expecting a generic horror film then you may be confused by what you see. If you come into Kill List looking for something rare, powerful and terrifyingly close to earth, then you are in for a treat. Kill List is a captivating movie, I was pulled in and manipulated to such an extent that the last act pulled the carpet from under my feet. I really get a kick out of movies when they trick me with their storytelling or move me with their cunning manipulation. I don’t intend to peel away all the layers of mystery in the movie, but I can certainly point out a few really impressive traits that make it one hell of a powerful movie, with that unsettling last moment mind fuck that really messes you up as the film dives into it’s end credits. 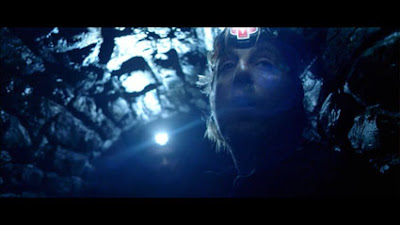 The first oddity of the film is the way Wheatley uses the Ordinary world. Normally one would build to a breakpoint where the unnatural suddenly bursts on screen, or is slowly introduced, and the nightmare begins. Wheatley more or less stays in the ordinary world through out the whole movie. Nothing really slips through, there’s no real transition into a haunted realm or moments where the uncanny is introduced into the world he takes us to.  It’s all realism to the max. It’s almost like watching a Ken Loach, Lindsay Anderson or a Mike Leigh film. A terrifyingly realistic, and everyday familiar setting, where you never really know how they are going to wrap it all up, in despair, turmoil or a sigh of relief ending. It’s similar in mood to the emotional ride of Shane Meadow’s Dead Man’s Shoes blended with the curios paganism of Robert Hardy’s The Wickerman and even Ray Austin’s Virgin Witch in some aspects. 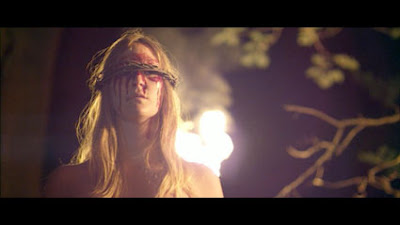 The drama unfolding never really gives you a chance to relax as you sit on edge waiting for answers to questions you have, not knowing where Wheatley will take his characters. It’s intriguing and captivating.

So, lacking release Wheatley never once lets the unnatural in, but instead builds slowly, slowly, until the last possible moment. This not saying that there’s nothing there at all, there is, but it’s done in a subtle way as small details, which may not really seem unnatural are introduced along the way. He builds towards the last minute reveal, where a haunting rush of insight slaps the viewer right in the face. Jay and the audience are plunged into the depths of profound darkness. None of it possible without the tools of manipulation had been cunningly manipulating you whilst you watch. 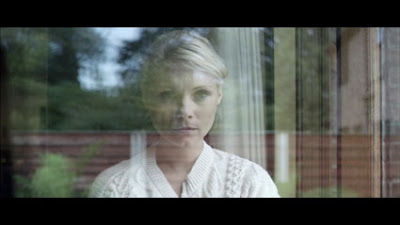 A second important detail that sells the ordinary world is the relationship between Jay and his Swedish wife Shelly [MyAnna Buring]. It’s a marriage on the rocks, both of them frantically grasping at something that’s just not there anymore. There’s animosity, constant conflict, anger. All strong emotions that reflect back into Jay’s behaviour during his assignment.

Further questions are posed when the constellation becomes apparent. Where one would think Jay would keep his profession from Shelley, it’s in fact she who we could call their manager. This is somewhat unique and creates a strange mind-set. It would be very easy to write them all off as evil, as they are merchants of death. But it’s not quite that easy. Wheatly and co-writer Amy Jump push the right buttons by first presenting the ordinary world where Jay and Shelly are struggling for their relationship. The most of us can relate to this and recognize the feelings of anger, remorse, frustration that comes with fights and their aftermath. This helps us in our emotional recognition with Jay. We need this to bond with him, to invest in the character and it also is vital to help us empathize with him. Important for the climax and the disruptive feeling the film will leave us with. 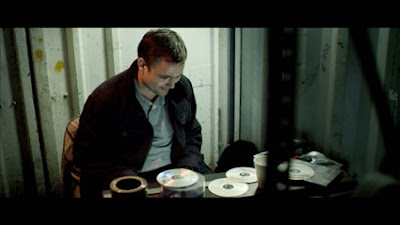 During surveillance before a hit, Jay and Gal find a video recording of something that disturbs these hardened hit men to the verge of tears. This declares that Jay isn’t just the cold-blooded killer we presume him to be, but he’s also an emotional guy who holds some moral ground despite his dark profession. It’s another moment in which we empathize with him. This also sets up a strange moment when we find ourselves agreeing with the immense amount of violence Jay uses when he confronts the victim about the recording he found. We more or less feel that the act taped justifies the violence. 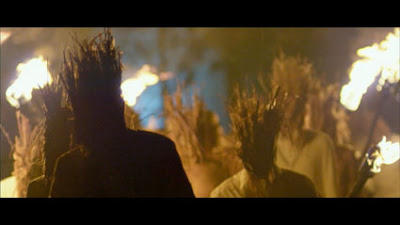 The most important ingredient to Kill List is the complex character of Jay, and the dimension he has. If he’d been nothing else than a cold killing machine, the ending would never have the same effect. Here it comes rapidly from a slow build, presents several stunning rushes of insight and proposes a whole new scenario to be. If this where an American movie, I’d have guessed they where setting it up for a sequel, but instead it’s a fantastic ending that cuts off at just the right point. Tying up so many loose ends in one single scene, only to cascade the viewer with new ones as the movie peaks to a climax.  Again, it’s not until the end credits start rolling that the moment catches up with me and the impact of what I just saw starts to sink in. 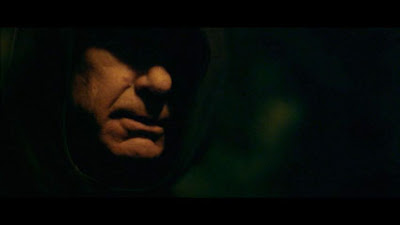 I’ve seen and been moved by a lot of the later years disturbing dark British horror films, but Kill List may just be one of the most ferocious Brit flicks made, as it’s final act opens doors most others end by closing. I’m left with a portal into a void, and it’s only my imagination that limits the atrocities to come. Keeping the twist until the last possible moment is a stroke of genius. There’s nowhere Wheatley could have taken us that would have provoked more than the ending that is. As said, the mind and our own mental images of what happens next are much more effective and intense than anything Wheatley could have put on screen. 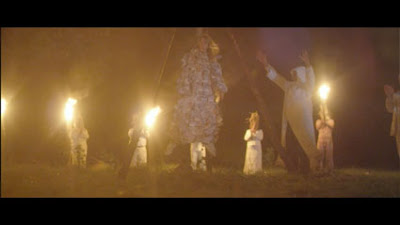 Returning to the opening theory, perhaps the real mind fuck of the “man is monster” niche is that quite often the monster is a character we feel for. Even way back in John McNaughton’s ice cold, masterpiece Henry: Portrait of a Serial Killer, empathy for the psychotic and disturbed Henry [Michael Rooker] is evoked. Adam Rehmeier’s The Bunny Game, where we never actually see Hog [Jeff Renfro] kill Bunny [Rodleen Getsic]. Instead there’s a strong moment that I read as Hog feeling remorse, hence handing her over to the Jonas character. Milos [Srdjan Todorovic] in Srdjan Spasojevic’s profoundly dark and provocative A Serbian Film isn’t a good guy in any way. But within that midpoint twist where Milos say’s he want’s nothing to do with the perversities of Vukmir’s [Sergej Trifunovic] so called art, and walks away from the lucrative deal, we start developing some kind of bond with Milos. We may not like him, but we empathize with him as we do with many of those other monsters. We become one with the monster, as we can empathize with their reason behind their dark acts. We justify their acts. 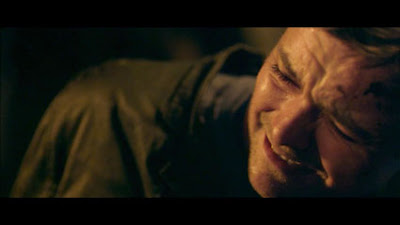 So why do I want to place Kill List in the Man is Monster niche? I do so because Jay is the monster. Definitely a tool for the cult, but at the same time a monster who has no problem taking to excessive violence, a man whom the cult can shape for their use, a monster who commits and will commit further evil actions. We empathize with Jay when he shows emotions; when he leaves his family for the mission, when he reacts to the video, when he witnesses the pagan ritual, there’s emotions that in contrast to the violent behaviour gives him dimension. Potent traits, which are essential to creating an empathetic monster. We may not agree with his profound use of violence, but we can understand it. Hence, Man is Monster.