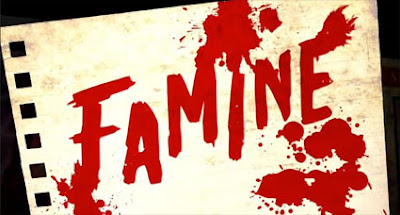 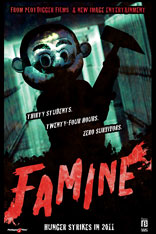 Ever since I randomly checked out Live Feed a long time ago, I’ve been aware of Ryan Nicholson and his PlotDigger Films. I enjoyed parts of that flick, the ambition it had and the fact that it in several ways was better than Hostel, just as the sleeve promised. Swedish distributor, Dark Entertainment, released a bunch of Nicholson movies a year or two back, making both Nicholson and his old-school pastiches become a name to rely on after I covered these movies in the, believe it or not, only Swedish magazine that published articles on genre cinema. The horror game is all about offending and haunting your audience, and when you make movies like Torched; featuring drawn out blow torch torture, Gutterballs; with its extremely intense rape scene, Hanger; showing a violent wire coat hanger abortion in its complete horror and colostomy bag hole fucking – then you are definitely pushing the limit, provoking in all the right ways, and creating moments of insanity that draw the fans in like fungus to an athletes foot. Needless to say, Ryan Nicholson is one of the go to guys for violent trashy cutting edge cinema. So catching the chance to pre-watch Famine (out soon) - Nicholson’s latest foray into slasher cinema – I jumped at the opportunity. 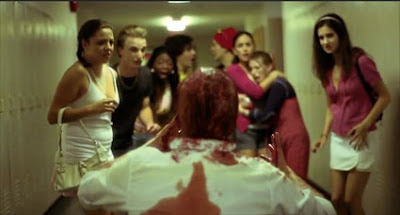 Basic premise; a bunch of teenagers at Sloppy Secondary – Home of the Nailers – sign up for an extra credit benefiting 24 hour Famine helmed by new teacher Miss Vickers [Michelle Sabiene]. The character gallery is presented pretty fast – the geeky one, the dorky one, the classic ringleaders and their posse… Im hooked through the introduction of lead character Jenny [Christine Wallace], trying to adapt and sporting a new look. Without her glasses, she struts forth full of confidence, looking hot as hell only to be trashed once again by the group of antagonists she’ll soon be sharing the lockdown with. There's a vulnerability and desire to be part of something else in Jenny's character in this opening scene. But nothing ever changes in the education system, tormentors will torment, and you know me, I’m calling classic empathizing moment in the shape of underdog. Her bouts of Asperger, shouting, screaming and blurting out foul language make me like her even more. Oh, and that killer bod of course... So characters all lined up and ready to go, it’s time to establish the plot. 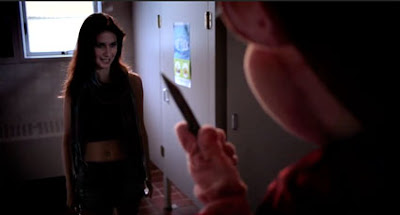 The vital Nicholson trait is presented through a backstory – interestingly warped by being told by a third-party who never was there. I call it a vital trait as I find the theme of vengeance in every Nicholson movie. His movies are all about vengeance, getting even, settling the score… and always by the most macabre ways possible. Back to Famine; classic turf; Five years ago goody two shoes teacher Balszack [Nathan Durec] confronts bully ringleader Nick [Christopher Lomas] who together with his band of foes, schema a fiendish plan where they trick geeky Kathy [Beth Cantor] that Balszack will award her extra credits for “certain favours”. Needless to say the encounter ends catastrophically and a splendid burn face effect that kicks ass.

Back to modern day, where Vickers, with her brooding interest in that disastrous Famine five years ago, locks the kids in “Tighter than a nun’s cunt!” Then the killings start… Oh my god, does Ryan Nicholson know how to off people in the most spectacular ways. Famine may stay pretty down to earth, but it has some fantastic special effects, and just seeing this flick, makes me want to change trades all together, pack a suitcase, and enrol on one of Nicholson’s special effect courses. Famine sports an awesome railroad nail to the head scene, and a throat slash that may be one of the most spectacular ever put on screen. It’s a great testament to Nicholson’s craft and undoubtedly what make his movies stand amongst the other independent slasher flicks. You can always rely on Nicholson to take it as far as possible, and Famine just keeps on rolling whilst the bodies pile up one after another. 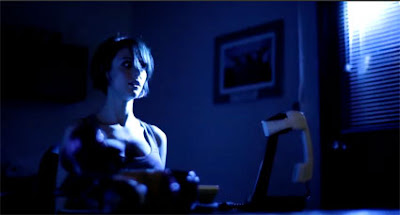 I'm absorbed by the darkness of Nicholson’s characters, not only here, but in previous movies too. They may at a first glance appear to be generic slasher characters, but it’s not quite that simple. There’s always a deeper darkness to the most of Nicholson’s characters. There’s frequently something else there, and rarely a leading character with only one dimension. Keep it mind the next time you watch one of his flicks and you’ll see what I mean. Take Jenny in Famine as an example, who tries to conform as to be one of the “gang”, even more or less offering herself to creepy Nick. Instead of the common “last girl” character, there’s a depth to her unlike the generic formula. A dark depth that gives an interesting contrast compared to other stuff. Then there's the absurdness and eeriness of using non-horror items and putting them in a horror context, such as a bowling ball bag or a happy school mascot as the killer's mask. It's effective, strange and creepy as hell at the same time. 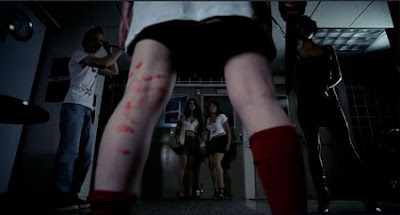 Famine hits’ all the right markers and delivers exactly what I want from a Nicholson flick. Goofy dialogue, hard rock soundtrack, great effects, hot chicks, creepy guys, random madness and great last act reveal. Ryan Nicholson certainly poses a challenge anyone looking to claim the title of Canadian enfant terrible. How the hell Fango missed him in the Canadian Filmmaker issue a while back is beyond me. I’ve got to mention the ironic posters all around the school, as I love the moment when the Famine flyers are posted right next to the Anorexia awareness posters. And fuck me if there’s not a mind-blowing rush of insight the second time you watch the movie. An insight that changes everything you just watched. Famine is a fine piece of trashy slasher cinema, loaded with blood, spunk and carnage, a definite must for fans of fast paced independent goodness with dark humour and lashings of carnage.