No, this isn't a plug in return for a discount, review copies, free LP's or a silly quote somewhere or any other crap like that. This site is way to unimportant for that kind of lark... and I'll leave that kind of tomfoolery for the posers who daily beg for free stuff so they comfort their ego's and tell the rest of us just how special they are.  This is actually something I feel genre fan's should be supporting, and be a part of. It's a great way to support real independence and get your hands on something that will be rarities one day. 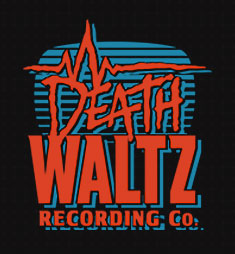 Do NOT miss the releases from Death Waltz Recording Co.


Absolbloodylutely awesome stuff. Remastered, repackaged, posters, linear notes the works, and great music. A half dozen titles have been released so far: DONNIE DARKO, LET THE RIGHT ONE IN, ZOMBIE2, ESCAPE FROM NEW YORK, PRINCE OF DARKNESS. Set for release in a few days and in the coming months; THE LIVING DEAD AT THE MANCHESTER MORGUE, HALLOWEEN II, HALLOWEEN 3: SEASON OF THE WITCH, THEY LIVE, THE HOUSE OF THE DEVIL and there's plenty more where they came from as they just signed a deal with HAMMER too! First out of that bunch is my fave THE DEVIL RIDES OUT!

So go check them out, and pick up some amazing music that never sounded better. It's one of the best treats you can give yourself and worth every stinkin' penny.