The Bride of Frank 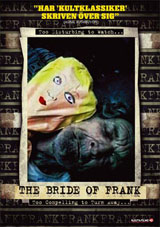 If you put “Too disturbing to watch… to compelling to turn away…” on your cover art, then you definitely have a lot to live up to. Most of them don't and quite often the tagline refers to one minor moment... So shoddy VHS graphics, a cheesy company animation, overdubbed dialouge and a full screen 4:3 image ratio of way creepy Frank [Frank Meyer in his only ever official role] luring a little girl into his tuck only to whack her over the head with a iron pipe moments later…only to… oh my god. Well, The Bride of Frank does dig right in there and I guess the tagline is telling the truth! 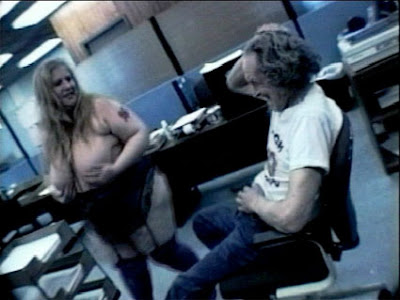 Frank is a right fucking knob, in truth, the word imbecile is not colourful enough. He’s a complete looser, who way too late in life finds his repulsive and vile life culminating in an explosion of profound anger, sexual desire and deep dark humour. He’s a down and out bum, who works with a bunch of blokes down in a paper plant warehouse, and one day they present him with a birthday cake in the shape of a pair of tits… that leads Frankie to wanting real tits.  But the road to boobs goes via phone sex, depravity, misogyny, and violence. Hey, when you see a bloke take a dump into the neck of a decapitated body, or gouge an exotic dancers eyeball out with his erection, you know it’s party time! 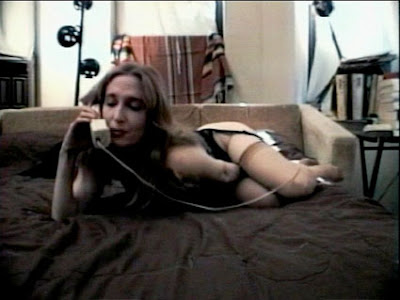 By the time the backstory of Frank’s behaviour is presented I wasn’t expecting it, as the movie had merely been a library of charged set pieces up till then. But when it does hit, I feel like I’m stoned and watching one of those William S.Burroughs experimental flicks. Needless to say, The Bride of Frank is a charmingly weird little movie that goes though some very interesting terrain, and just goes to prove that there is a right person out there for each and every one of us, even bums with dirty nails and mouldy feet. 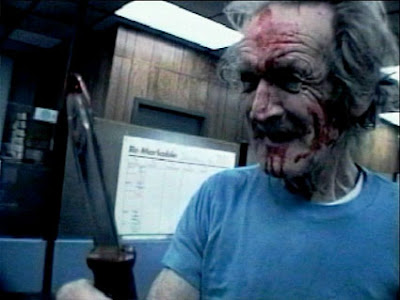 At times I feel like I’m watching an trashy comedy in the vain of John Waters or Troma, at times it’s like I’m watching one of those haunting Maysles Brother’s documentaries, at times one of those bizarre New York cable shows, presented by an ensemble of amateurs, and at times it’s like watching a poor man’s Scorsese movie, but it sure as hell is captivating, and you will most likely snigger your way through this delightfully trashy pearl. 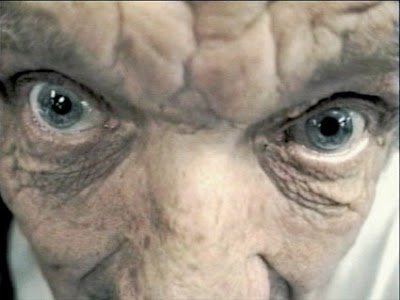 Frank is the Forrest Gump of trashy exploitation flicks and a must see, part cheap exploitation, part grim grindhouse, part shoot it arty ‘coz we know fuck all about making movies, part surreal black comedy: The Bride of Frank is a delightfully bizarre trip from the underground of the Big Apple, out 19th of September on DVD from the boys and girls at Njutafilms.

Oh, and it doesn’t say on the cover, but the artwork is by the great Silver Ferox Key Art!