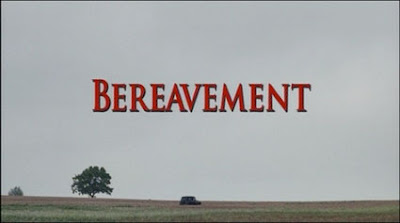 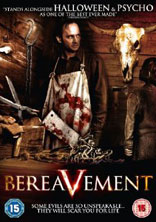 I knew nothing of the original movie when I first sat down to watch Bereavement. If I had know that this was the second instalment in a proposed trilogy – and a prequel - I most likely would have looked at it through the “oh do we really need another sequel telling us where it all went wrong movie” glasses. But that would have been wrong of me as Bereavement stands completely on its own two legs and is somewhat unlike other explanatory prequel movies in this genre. Instead of a road to ruin recap showing how all the bad conditions shaped the monster, Bereavement presents a scenario of its own through which the antagonist of the initial instalment merely figures as an unfortunate victim instead of being the prime focus of the narrative. 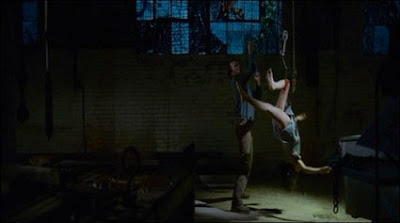 “If they have no feelings they can’t know fear, but if they cant know fear, why do they run?”

The above sentence is a mantra uttered by serial killer Graham Sutter [Brett Rickaby] who resides in his families since long shut down and abandoned Meat and Poultry processing plant. After kidnapping a young male child of six years, Sutter starts to force his young protégé to watch a series of disturbing moments of violent sadism. The young child, Martin [Spencer List], is stricken with a mysterious condition that makes him lack emotion or feel pain. A condition Sutter uses in his mental and physical torture of both Martin and the victims he has chained to the roof of his torture chamber. In stark contrast to the dark sinister realm of Sutter, we find the Miller family. Hard working father Jonathan [Michael Biehn] who takes in his teenage niece Allison [Alexandra Daddario] after her parents die in a tragic accident. The Miller’s do their best to welcome Allison, and raise her as one of her own, and are the complete opposites of Sutter. After spotting Martin lurking behind the broken windows of the processing plant, Allison’s curiosity get’s the better of her, and the contrasting families rush head on in a violent collision course. 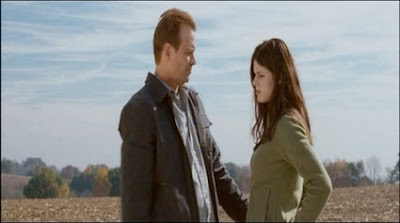 Bereavement runs pretty smoth and effectively, despite tapping deeply into TCM territory, which is hard not to do, when messing around in this genre niche. It builds a fine tension between the good and the evil. Martin doesn’t really have much activity in the major part of the movie, but acts more as a supporting role to Sutter – who has some serious issues of his own. From square one Martins “disorder”, which will come in handy in the sequel… is introduced. His mother tells a nanny there on a job interview of his condition, his fragility and his lack of feeling. It’s also used as a tool against him later when Sutter slashes his face with a huge knife in front of one of the unfortunate female victims. Sutter does this whilst delivering philosophical ponderings along the lines of “don’t feel anything, because it doesn’t hurt”. A complex approach as he torments Martin whist the poor victim becomes part of his sadistic game. 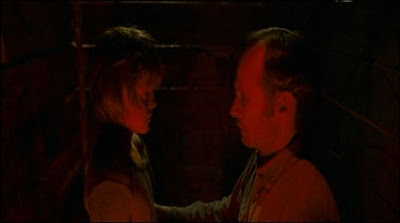 The way Mena uses the contrasts of Biehn’s gentle all American guy, against the raw sadistic way Sutter is raising Martin - making him watch as he tortures and slaughters innocent victims, punishing him in tormentfull ways, grooming him for the murders to come - is effective. One never knows when Martin will snap and become what his destiny expects of him. Unfortunately there’s many areas unexplored within the Sutter character, such as the strange demons that haunt him, and the backstory between Sutter and Miller. Miller at one point refers to the “stink” of Sutter who used to go to the same school as him. There’s also the subplot concerning Sutter and the imaginary shape he sees roaming the shadows. Unseen beings he refers to as “Them”, and also the beings he claims control him, and demand the sacrifices he’s committing. Who knows, perhaps that’s where the third instalment will reside. 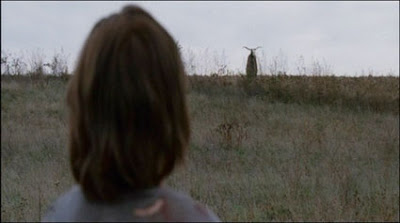 There’s a witty pun the first time Martin sees Alison and Sutter warns him “Curiosity killed the cat”. When Alison’s curiosity drives her to seek out Martin in the supposedly abandoned processing plant later on the phrase backlashes with a bittersweet irony. 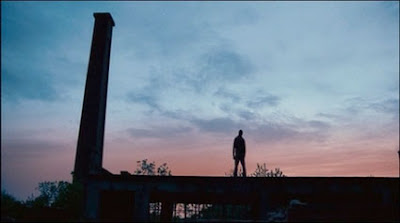 I’d be lying if I said that I find  Bereavement to be the most original movie in the genre because it isn’t, and as I said earlier, it does tap into a lot of other genre classics for inspiration. Then again not to many movies in the niche do come up with something unique to add. So where the upside lies, is in the way it stays away form many of the pitfalls others have tumbled into when trying to introduce backstory into a franchise. I also find it works much more efficiently if the audience, instead of reading it as a straightforward genesis of a “madman” film, interpret it as a study of the parallel lives of Martin and Alison. They both are challenged with the same obstacles – trying to fit in to the new lives they have ahead of them, and not really belonging. They both try to run away from the lives they are being forced into – in their own very different ways. The movie comes to a climax, when Alison as a character develops from a self centred teenager to a person who risks her own life to rescue others. Martin also changes character, from the passive character he is throughout the movie, to a most active character in the last act. It's also between the two youngsters that the dynamics of the film rests, and where the tension is built to that final climax. 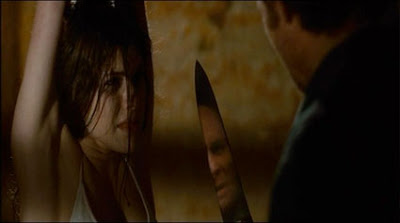 Although it still is the telling of what drove Martin to become the character he is in the first part, Malevolence, it’s the path taken to that point which is of interest. It does indeed build a fine tension as to which way Martin will go at the last act, considering the sinister grooming Sutter has forced upon the young child. One could say that the victims along the way are anonymous and their deaths never really mean anything, but when the shit hit ‘s the fan and the movie goes all in survival horror, the pace picks up and the punches start to take. The way Mena presents characters is a worthwhile investment and he reels the audience in effectively in this dark and suspenseful horror. At the end of the day, this certainly wakes an interest in the original movie – which is elegantly woven into the final scenes of Bereavement - and what will become the final part of the trilogy. 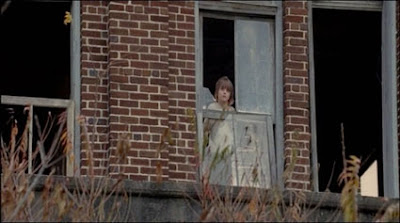 Bereavement is out on UK DVD on the 1st of October!