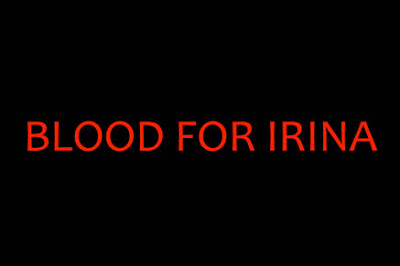 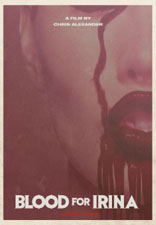 Franco, Rollin, Herzog, EuroHorror Fever Dream… you got my full attention right there with those key words. I only knew Chris Alexander as the guy who gave Fangoria the vital CPR the publication was in desperate need of. I also slightly know of our shared passion for EuroHorror and all it’s sub-niches. But I knew nothing of his filmmaking ambitions. Ambitions that finally have come to fruition with his debut feature set to be released by Autonomy Pictures in Spring 2013. 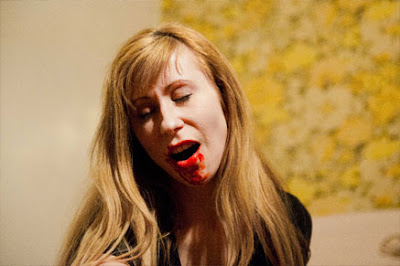 Blood for Irina… yeah, Blood for Irina. For some reason that made you think of Jess Franco films and possibly the female vampire Irina (as played by Lina Romay), didn’t it. Well that’s quite possibly the intent of the title… No wait, change that, that IS the intent of the title. Blood for Irina is a passionate homage to the seductive cinema of Jess Franco, Jean Rollin and several other European Art-house horror and sleaze auteurs. Yeah, Let’s talk about them as Auteurs, because if you hold a burning interest in film, you’d know that Auteur theory is all about the film reflecting the precise creative vision the director had intended. Sans Franco, Rollin, Margheritti etc, and perhaps it would be fair to jot down Chris Alexander’s name on that list too. For regardless if they succeeded or not, the intentions where all about creating that perfect image of what they had in mind, and if so, then Blood for Irina definitely is the film of an auteur.

It’s a bold movie to make for a man so strongly associated with above mentioned publication, as I’m sure this film will polarize it’s audiences, and quite frankly alienate a lot of Fango readers. It’s not the kind of movie one would have expected the chief editor of one of the biggest Horror magazines to have come up with.

This is the story of three individuals and the paths they walk, Irina [Shauna Henry] the vampire, who has come to an end of her time. The same blood she craves is the same blood that is destroying her. The prostitute [Carrie Gemmell] who walks the streets knowing that each abusive john may be her last and the motel manager [co-producer David Goodfellow] who holds dark secrets in his obsession for his longtime guest. 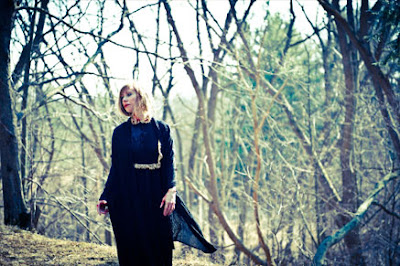 So many times I’ve read the tagline “in the vein of Franco, Rollin etc”, and come to find none of it anywhere in the actual movie. It’s an easy way to pigeonhole a film, but a lazy one. It takes more than a band of seductive fanged ladies in transparent nightgowns roaming abandoned château’s to reach the level of poetry I associate with those other guys.  As the final credit on the work print I saw fades out – a dedication to Franco muse Lina Romay – I start going over my notes to see if Alexander comes through on his premise, a “Eurohorror Fever Dream”.

He does and it’s easy to see that he knows his Eurohorror (of which Alexander is an acknowledged expert on) The movie definitely ties in with several of the traits I’ve come to familiarize as the traits specific for the work of Jess Franco, Jean Rollin and I can understand why the press release also mentions Werner Herzog.

Blood for Irina, connects through it’s gentle approach and absentminded visuals – although I have a few issues with the repetitive slow motion. The studies of decay, abandoned locations, and lack of interacting characters all evoke the style so familiar, at times perhaps a bit to hard and almost forcefully, but it does connect. But the motif that bonds the movie to the same emotions of Rollin and Franco, is found in the themes Alexander uses. Returning readers may be familiar with my studies of Rollin and Franco, where I talk about the themes, motifs and referents that they used in their movies. This is where Alexander taps into their hidden treasure. Instead of presenting a generic vampire film, the movie deals with the themes of being abandoned, solitude and the search for belonging, all in the same fashion as the directors whose work he’s paying homage to. 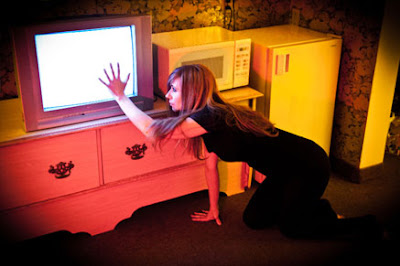 Eerie images, abandoned beach, tormented souls, long delicate shots, lingering on character faces, and a haunting soundtrack (Written and performed by Alexander) all conjure up the recognizable traits even if presented in a new, more contemporary setting. The power comes from the dreamlike state the characters of the movie are trapped in. Within the constellation of the three main characters, who are all in search of “something else”; Irina in search of closure, the prostitute in search of something better, the motel manager seeking to bond with his longtime tenant Irina.  Their search takes a meditative path as they slowly come together like driftwood on the abandoned beach that bookends the movie.

Keeping a distance from the characters is tricky way to approach a subject matter. We are accustomed to bags full of exposition telling us everything and more about the characters before the movie gets going. It’s all left out here, apart from slight backstory of Irina, but Alexander still manages to produce emotions for his characters in the small acts of kindness they do along the way. Irina comforts the hooker after a date turns sour, she also gives the hooker a second chance, which directly turns victim to predator. It’s an act of kindness that serves them both. It’s also an act that helps the audience for the first time empathize with Irina. 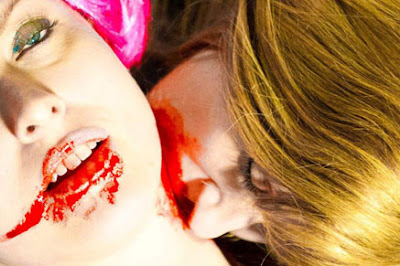 The narrative is sublime, subtle and tender. Alexander never overtly clarifies what we are watching. Instead the approach taken is a suggestive one, challenging the audience to place the pieces together. This is a film that demands attention from its audience. Sometimes the abundance of a destination is effective, as the rush of insight when all falls into place is much more efficient than characters moving on a predestined track. As said, the movie demands it’s audience to pay attention whilst laying out the pieces.

A scene that may seem random at first, becomes an important part when it falls into place later on generating a somewhat tender moment. This happens on several occasions in the film. As when the Motel Manager find’s a victim of Irina’s hidden away amongst the desolate beach houses. His acts are of affection; he’s protecting his object of desire. In the obscure intimacy of distance, the characters drift together through their search. It’s a meditative and dreamlike approach, which certainly mimics emotions and traits of several Rollin and Franco movies. 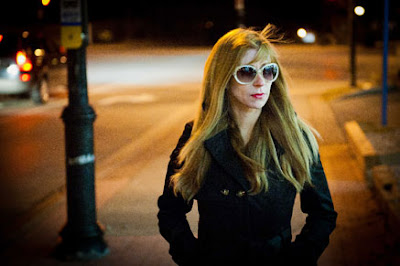 Blood for Irina is a passionate, dedicated fervor that walks the thin line between life, death, fantasy and reality when three fates are interwoven in an introspective state of mind. Not for everyone, but undoubtedly something fans of minimalistic genre films will appreciate. I’d say it’s a delightful appetizer for future projects to come from the mind of Chris Alexander.

As the movie is still in post at the time of publication, I’ve chosen to use publicity shots to illustrate the article. Images may not represent the final tone and look of the completed movie.

I will certainly be on the look out for this! Great review.

"Blood for Irena" is a classic example of why horror movie fans (and Fangoria editors) shouldn't try to make horror movies.

We could all do the same thing with a lava lamp screensaver for the opening titles, a bunch of still images with some public domain classical music over the top, half an hour of amateur vampire footage, and a couple of days playing around with Microsoft Movie Maker.

How the Hell did this crap get to be on Blu-ray? Oh yeah, Fango's connections. Meh.