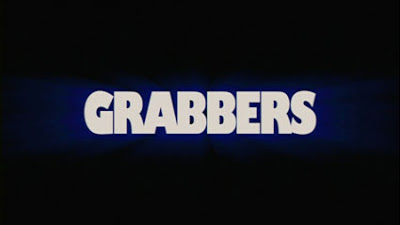 Tentacles are go! I love tentacle monster movies, and Grabbers is tentacles and aliens from another dimension galore. This is a real treat for fans of easy-going sci-fi with some laughs and sticky horror with a heart at the core. 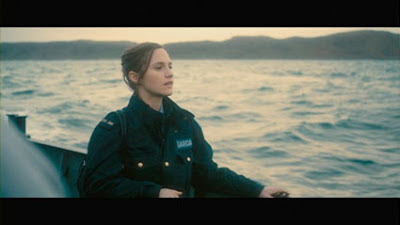 On the remote Irish island, Erin Island, peace and calm is the way of the world. But then, and there’s always a but, something falls into the sea just off shore, something from another world. Three fishermen go missing when the unseen something attacks them from out of the water. A new day dawns, and Garda Lisa Nolan [Ruth Bradley] steps of the ferry to spend a two week vacation from her regular position as Garda in Dublin, only to be met by her, for a fortnight temporary colleague Garda Ciarán O’Shea [Richard Coyle]. O’Shea nursing a huge hangover as he’s a raging alcoholic takes her right out to the beach where a pod of stranded whales – with vicious lacerations – have been swept ashore. Marine Biologist Dr. Adam Smith [Russell Tovey] has no sane explanation for the lacerations or why the whales have died… but the audience has already started putting pieces together as they know from the initial attack that there’s something out there in the water. (But not for long!) Later that night drunken fisherman Paddy [Lalor Roddy] tells Shea of the strange beast he caught in his nets the night before, a monster that he has captive in his bathtub at home. Not much more need be said before Paddy get’s back to his home and is attacked by the beast. After stomping it to what he thinks is to its death, he takes it to Smith who calls in Nolan and Shea. When the creature comes back to life and starts lashing out at them, they know they have a problem on their hands… a problem with two dozen tentacles and an appetite for human blood! 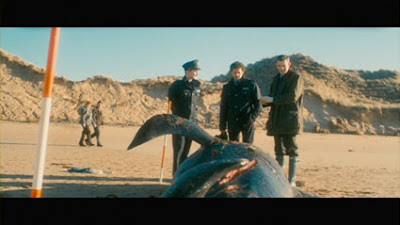 Grabbers is a fine piece of sci-fi horror meshed with Saturday afternoon matinee a dash of comedy. It's not to scary, not too much sci-fi, not to schlocky and not to demanding of its audience. It’s an easy ride and gentle fare with some really outstanding special effects.

Playing by all the rules, the movie takes its time to set up the lead characters – even tossing in a red herring to explain certain of their traits, keeps the alien space monster off screen as long as possible and when it brings it on, oh my god what a beautiful sight! As far as CGI monsters go this one is a real delight, the design, the way it moves and the way it is used is top notch. 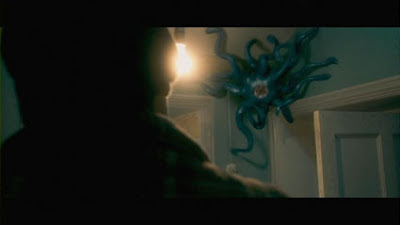 The comedy angle is subtle, and plays off prejudice that Irish are drunks. Well in this case it works to their benefit, as being drunk is what can save the inhabitants of the small island from being eaten by the alien. Interaction between locals is fun and despite all their flaws and motifs for animosity, there's a mutual respect and affection for everybody when push comes to shove. 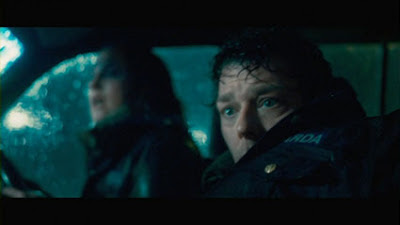 There’s something of a classic rom-com subplot where Shea falls for Nolan more or less from square one, and talking about squares, his rival is found in stiff British marine biologist Dr. Smith. Obviously Nolan shines a keen eye to Smith and Shea finds himself in a position where he needs to develop as a character to gain her heart… which he does when he decides to quit his alcoholism in an act of nobility so that he can save his fellow villagers. 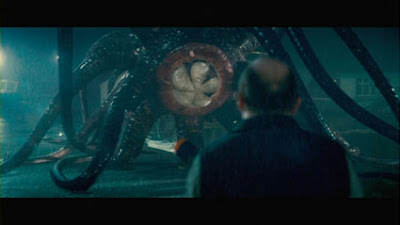 Richard Coyle is getting some interesting and cool parts these days after playing second fiddle for a long time. Central characters of versatility such as Wallace in Outpost: Black Sun, Frank in the Pusher remake, and Garda Clarán O’Shea in Grabbers. He’s come quite far since being the goofy welsh lad on Coupling, and hopefully we will get to see him progress with further great parts to come.

Grabbers, out on DVD from Noble Entertainment now, perfect for the weekend.