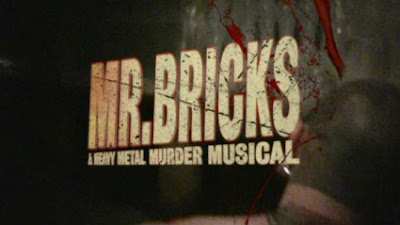 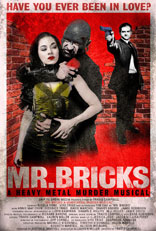 Musical… yeah, a musical, a heavy metal musical. I’m not much of a fan of musicals. Sure I’ll enjoy Rocky Horror Picture Show, Tommy, Phantom of the Opera (for it’s sheer gothic values) and even Grease because I love fifties/sixties music. But it more or less stops there… perhaps even The Sound of Music for it’s Nuns and Nazi angle which I definitely watch in a completely different way than my mom, but that’s about it.

When you take a step back and look at the titles above, it becomes apparent that they are all tied together through the horror/outsider angle that predominates the genre films I dig too. So when I had a chance to check out Mr Bricks – a movie that Lemmy says, “you must see this film” about – I gave it a shot. 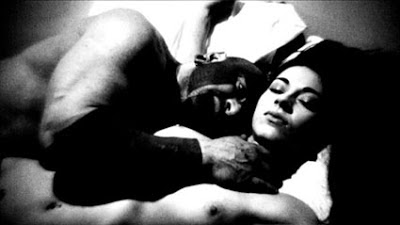 In short it’s a monster muscle man with something of a magneto helmet tattoo that covers his head, who smashes the skulls of his enemies whilst trying to find the woman he loves… well what’s not to dig?

Mr Bricks opens with a moment of initial violence when the namesake of the film, Mr Bricks [Tim Dax] awakes after being shot in the head at close range. Dazed on the dirty floor of an abandoned warehouse, as blood pulsates out of the hole in his cranium. He struggles to get up and grabs one of the red stilettos heeled shoes lying next to the filthy matrasses next to his bloody body. A series of black and white flashbacks recap the story so far for us, showing Bricks and his female kidnap victim who now is nowhere to be found. He breaks out in a song that is more or less a synopsis for the film we are about to see – “You can’t kill me, I’ll find you again!” And so starts Mr Bricks search for Scarlet, the woman he is so profoundly in love with that it keeps him at arms length from the realm of death. 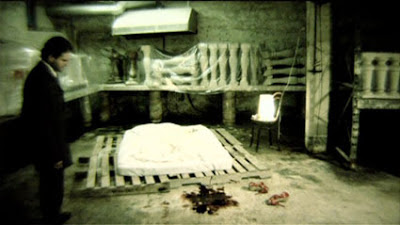 Mr Bricks is basically a revenge flick with a triangle drama at the core. Mr Bricks Officer Carmine Dukes [Vito Trigo] and Officer Scarlett Moretti [Nicola Fiore] – Bricks object of desire. A triangular drama that comes bursting out with some serious moments of violence. After all, they call him Mr Bricks because his preferred weapon of choice are concrete bricks that leave a gooey mess when forcefully brought together with some poor victims head in between them. The revenge angle plays out in three different ways, Bricks revenge on Scarlet and Dukes for taking his love from him, Scarlet’s revenge on her captor Bricks, and Dukes revenge on Bricks for taking Scarlet away form him. Complex web, but it works when you get to know the characters and the motivation for their actions. 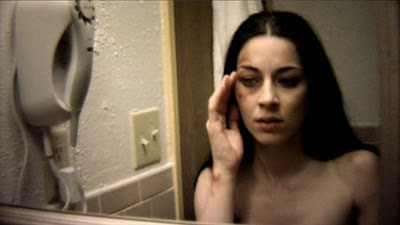 The narrative of Mr Bricks is an interesting one as it’s mixes classic straightforward dialogue, backstory told through flashbacks and several moments of hard singing to declare the emotions that the characters are feeling at the moment – and I have to say that some of these songs are really catchy bits. At the same time thats kinda what makes a musical a musical isn't it, sharing inner thoughts with the audience.

Bricks is driven by the Love he holds for Scarlet, the same love that gives him the power to seal up bullet wounds with a staple gun. When it all comes around it’s a noble cause, and in it’s own way also one that makes Mr Bricks a rather complex lead character. He’s still a badass bad guy, but his quest is one we can relate to – even if we perhaps wouldn’t kidnap the woman of our dreams. It’s all about dimension kids, and without dimension in characters, they mean nothing. 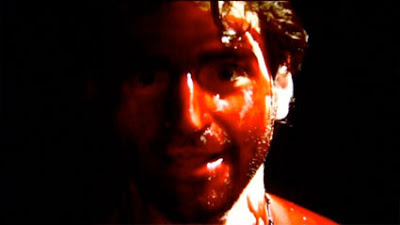 But that’s not all,  there is a last act reveal, a last act reveal that actually makes the narrative even more complex and gives a deeper, and stranger, insight into what more drives Bricks love for Scarlett. An insight that shakes things up a bit and may possibly be part of a set up for a sequel or even a prequel.

Using a love triangle, not necessarily a chosen one, but forced as we are dealing with kidnapping captivity and obsession, Mr Bricks is much more than your average love story.  I use the word love story as that’s basically what is at the core of the film, and it’s the same love that drives Mr Bricks, in some magical way it’s also what keeps him alive, despite close range shots to the head, to the body and knife rammed into his tender flesh on several occasions. From Scarlett’s perspective there’s a whole bag of emotions concerning her feelings for Mr Bricks, especially when she learns that she’s pregnant and has some delightful pregnancy nightmares. 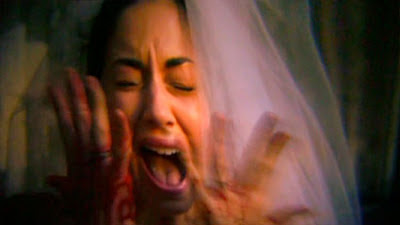 The musical numbers bring something kind of unique flavour to the piece – I seriously believe that it wouldn’t have worked at all if the songs hadn’t been the forceful songs that they are, as the rawness f the songs pretty much work metaphorically to describe emotional states and feelings that you wouldn’t ever want to hear in dialogue, because a guy walking down a street singing how angry he is or a chick singing how repulsed she is would be completely crap in dialogue.

A detail that popped out on the second viewing was that there’s a fucking awesome montage of Mr Bricks life passing him by just before the bullet shatters his skull. Details like that really earn movies points in my book. 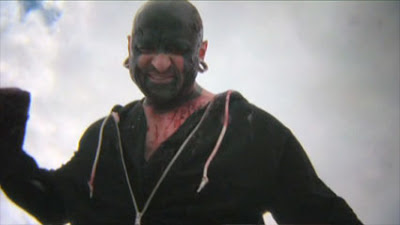 I love the grainy gritty cinematography (I don’t know if it’s processed, but it looks great and this is the way I think of New York when I hear the words low budget indie cinema from the big apple. It’s no coincidence that Buddy Giovanazzo’s Combat Shock comes to mind) I’d call it, gritty low budget cinema with some rockin’ tracks which invite it’s audience to sing along, and who knows, this may just be a cult classic in the making!

Coming out of Troma one could expect Mr Bricks to be more of the novelty, schlocky, fun shit kicking kind, as something like Cannibal the Musical was or indeed as many of the films under the Troma banner. But Mr Bricks is a serious film, there’s no quirky comedy or fart gags, or witty innuendo dialogue. It plays for keeps and in it’s own universe it works really well. It won’t be everyone’s cup of tea, but despite that we need films like this, we need companies like Troma who dare give independent filmmakers a chance to get their stuff out there, and we definitely need independent filmmakers like Travis Campbell who dare stick to their guns and see their dream through. 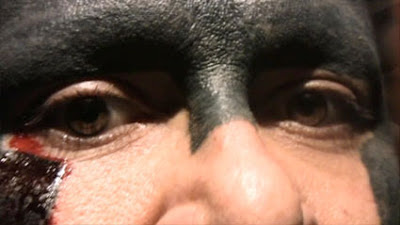 This is what independent cinema is all about, telling a story in your own unique way, creating memorable characters, leaving an imprint and if we get a few catchy tunes along the way, then that’s a welcome bonus!

Mr Bricks: A Heavy Metal Musical is currently available from Troma on DVD