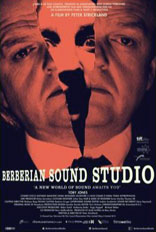 Ok, quick fix on this movie… Well it’s set in the seventies and about a typical stiff upper lipped British bloke, Gilderoy [Toby Jones], who travels to Italy to work with the sound design on director Santini’s [Antonio Mancino] new historically correct inquisition film The Equestrian Vortex – that’s exploitation horror to you and me and Gilderoy. 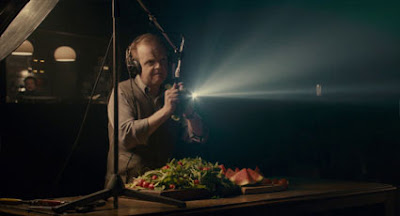 Somewhere between the letters from mom, and being nauseated by the on-screen, off-screen atrocities Toby seemingly falls for Silvia [Fatma Mohamed] - whom producer Francesco Coraggio [Cosimo Fusco] warns Gilderoy has “poison in her tits”. The emotional detour leads him to becoming lost in his own imagination where the line between film and fiction is erased… 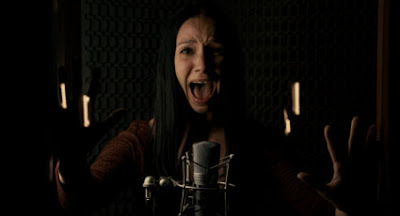 Let me put it this way, Berberian Sound Studio is fucking brilliant and mandatory viewing for fans of Eurohorror and Giallo. No it’s not a horror film, it’s more of a mental mind trip in with elements of Brian DePalma’s Blow Up, Coppola’s The Conversation, Dario Argento’s Suspiria and Michael Armstrong’s Mark of the Devil… and it’s also a movie about what you didn’t see. NO, this isn’t a Giallo homage, NO, this isn’t a Eurohorror homage, this is something quite different and indeed. 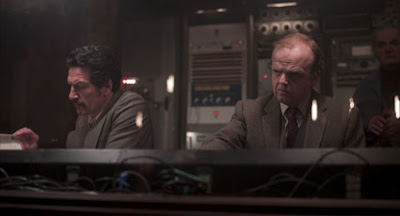 To sum it up, Berberian Sound Studio is like being really drunk and trapped in that scene of the sound engineers in Luigi Cozzi’s “Dario Argento – Master of Horror” creating sound effects and magic that we all associate with classic Italian genre fare. That’s where this movie takes place and if you do like those kind of movies, you will get a kick out of this mind expanding piece of cinema. 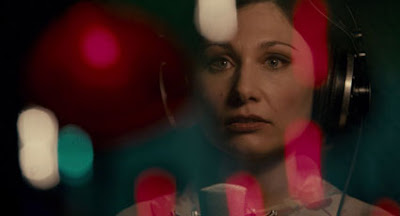 Here’s that scene from Luigi Cozzi’s Dario Argento: Master of Horror which partially captures the essence of Berbian Sound Studio!

And here's the UK trailer:

Soon to be released by NjutaFilms on DVD and also screening at the MONSTERS OF FILM festival 26-29 September.

I haven't seen it, but your review has made me interested again. It seems to have generated more than it's fair share of derision online, and I had a feeling that was because people's expectations were being let down. But it was pretty fucking obvious to me from the outset that this was not a horror movie at all, but a movie about horror movies?