THE HUMAN CENTIPOD Episode 10 : Invasion of the Copy Cats! 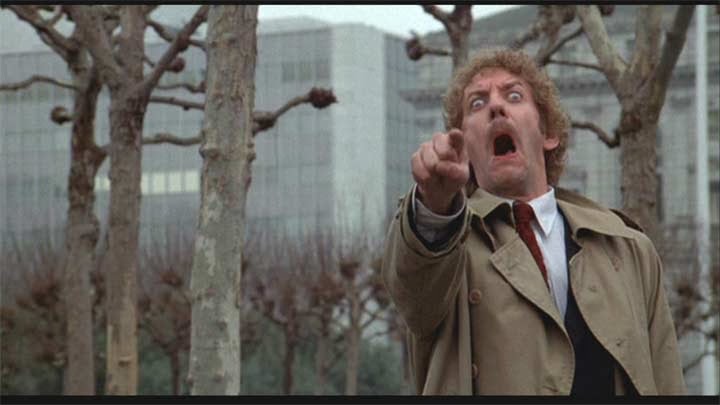 Finally double digits! Here's the latest episode of THE HUMAN CENTIPOD and boy do we geek out over Philip Kaufman's INVASION OF THE BODY SNATCHERS, remakes, prequels, sequels and inspirations.

Email ThisBlogThis!Share to TwitterShare to FacebookShare to Pinterest
Labels: The Human Centipod 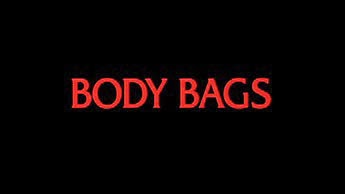 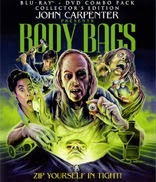 So while we are on about portmanteau films (see previous post on Pánico), why not dive into a fun, fearsome but somewhat underrated little gem that might have slipped away due to the simple fact that it was released as a TV movie. Never the less, I recall seeing Body Bags on VHS and actually experiencing that “Oh shit a new John Carpenter flick” giddiness, and already liking this little chunk of fun already then. Initially a pilot with the intention of branching off into it’s own anthology series much like Tales from the Darkside or more recent Masters of Horror, Body Bags hits the nail right on, or as one may say, through the head. 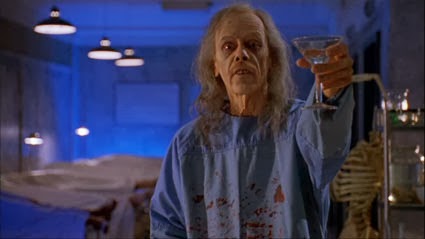 Just like Tales from the Crypt, Body Bags sees a morbidly ironic and eerie host, guide us through the episodes, all three of them. Carpenter himself takes the role of the Coroner in the Morgue (makeup effects by Rick Baker!) hosting us through the wraparounds. He does it perfectly and despite being more of a package than a story, the segments do have their own narrative and classical corny death and horror themed jokes are delivered en masse. 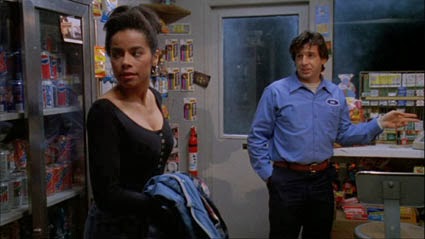 The first short is Carpenter’s The Gas Station, which tells a story of tense fear, as there is a killer on the loose. Anne [Alex Datcher] spends her first night as night attendant at gas station and is put through a series of encounters with guests and nightwalkers, of which one might just be the killer. Robert Carradine, Wes Craven, David Naughton and George ‘Buck’ Flower are found amongst the cast, which is one of the really cool things about Body Bags; there are so many damned cool actors in this movie that it should be watched just for that fact alone. Set in “Haddonfield”, giving a lovely tie in to that other classic string of serial killer flicks set in Haddonfield, The Gas Station is classic horror. A by the book, tension twister that builds during the course of the 30 minute run before landing in the grim ending. 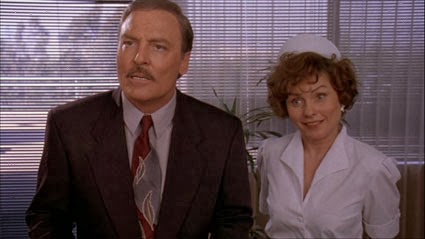 The second tale is another Carpenter directed episode. This one all about male vanity, and Stacey Keach giving a great performance as the balding Richard Coberts struggling and doing just about anything to hang onto his manliness in Hair… even If it means contacting the Roswell Hair Growth Foundation run by the aptly named Dr. Lock [David Warner]. This entry is fun, quirky and is actually a smart and cunning Sci-Fi entry! It also has a hilarious montage of Keach admiring fluffy various hairdos and Greg Nicotero walking by with his then trademark lion mane of fluff, that’s comedy. But despite being fun and quirky, this is horror and the dark reveal will leave a sinister smirk on your face at the climax. One could say that this entry is the classic “careful what you wish” for scenario. 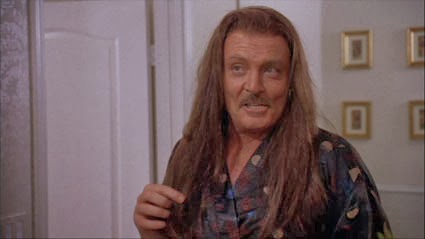 The final entry sees Tobe Hooper step up to the directors’ chair for the grimmest episode of the three, Eye. Eye sees Mark Hamill as Brent Matthews, enjoying a major league baseball career and living he life of his dreams. His wife Cathy [Twiggy] is expecting their first child and even though everything seems hunky dory, Brent’s life is about to change forever… No, it’s not the unborn child that changes his life; it’s the eye he has transplanted after loosing his in a serious car accident. This is almost a phantom hand syndrome… but Brent is seeing stuff instead… such as a zombie version of his wife buried in the back yard! He takes to scripture and seeks comfort in the lord, but to no success. Brent’s personality changes completely from nice guy to ominous creep. Where the previous two entries are kind of fun and have a certain light heartedness about them, Tobe Hooper brings it all to the game here. It’s fiendish, violent, has a completely unexpected moment of nudity and Hamill giving a performance that would be right at home in the Sawyer family. 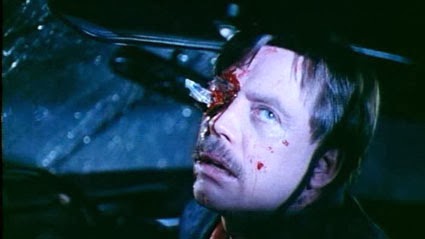 From the Albertus MT font of the opening credits to the low key synthesizer music that plays out over the final scene and, you know what you are going to get. And you are right, you get just what you want, John Carpenter creep-o-rama, with a dash of Hooper cruelty… all served up with a delightful dark comedic grimness. Not forgetting the magnificent list of cameos and genre and music personalities Wes Craven, Roger Corman, Sam Raimi, Debbie Harry, Sheena Easton, John Agar, Charles Napier, and others. It’s a fascinating cast, the stories are great, the shock value of both violence and nudity is high, and one only dares to imagine how great a full serial run could have been.

THE HUMAN CENTIPOD is back!

This time we take a look at Antonio Margheriti's Cannibal Apocalypse [Apocalypse domani] 1980, and talk with the legendary Giovanni Lombardo Radice! Go get some! 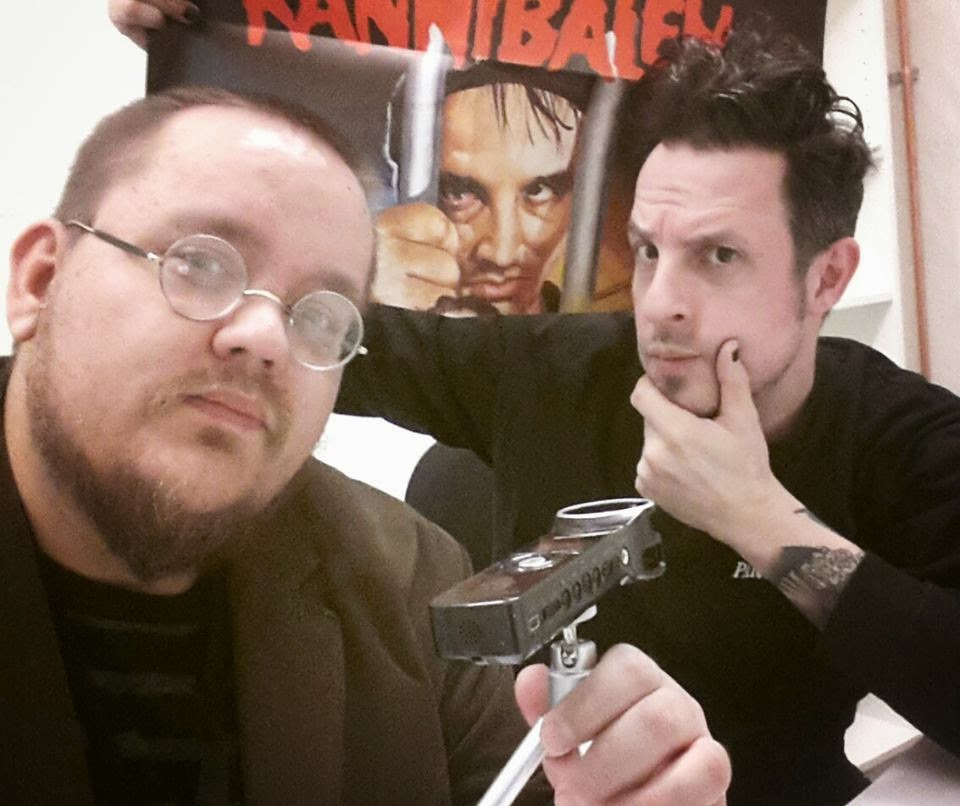