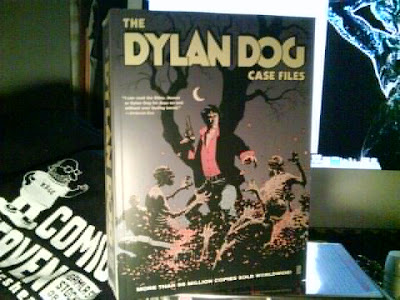 One of my favourite comic books when I was at University back in the day, was the first round of Swedish translated Dylan Dog comics. – Well not only then, even now, as I still read the same trash that I used to read back then. I love that Italian Pulpy Stuff. 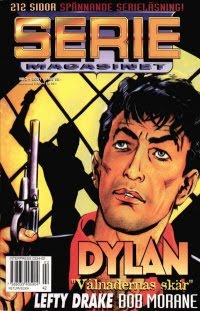 Be it academic books, fanzines, magazines, reference books, biographies, of just one of the many hundred goofy books on the horror genre, or my own damned writing… – Oh Yeah did I mention that I’m also part of ConstructingHorror.com, a project dedicated to teaching the dramaturgy of horror?

Not to forget the comic books. All those wonderful comic books, my precious treasures… Stuff that my kid’s are going to be getting into pretty soon. And I’m making it my mission to educate my kids in the world of horror. Both of them have watched Scooby Doo (a great entrance to the world of the dark) and Godzilla movies since they where babies. Without letting them watch stuff that’s too advanced for them too early they so far have a wonderful deck of reference to the Universal Monsters, Lovecraft Mythos, Japanese Kaiju Beasts, Mexican Lucha Libre stars, and as the oldest decided that he’s into the music of Michael Jackson I had to show him John Landis, still to this day excellent music video – Wolfman, Zombies, Vincent Price and all – the youngest son, racing to the screen frantically stating that he wants’ to see the zombies too. 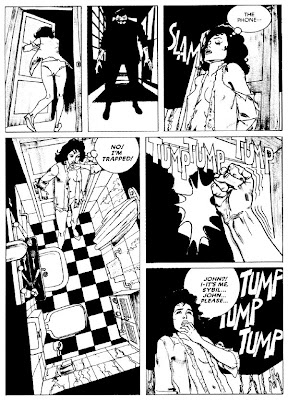 A few months ago Dark Horse released the above mammoth bumper book of The Dylan Dog Case Files. If you like horror, especially Italian horror, and in cartoon form, and by chance have missed Dylan Dog before, then this is a book that you really need to pick up! It compiles the seven issues released over the last few years and has some great Mike Mignola (Hellboy) art, out over the many splendid works of the many Italian illustrators who have contributed to the long running comic book 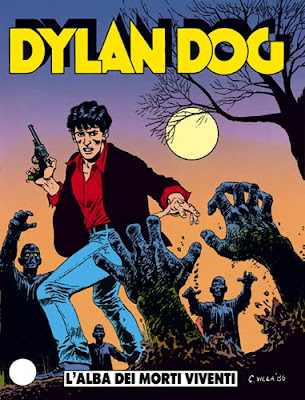