Just spent two days out the Sci-Fi/Fantasy/Horror Convention promoting CINEMA, the magazine I write for. A great time with some magnificent friends, and acquaintances. Amongst the guests signing stuff this year where Robert Englund, Edward Furlong, Joe Flanigan, Guy Sinner and Andrew Sachs... but they could equally all have stayed at home. The Queen of the show was without a question the legendary Christina Lindberg. 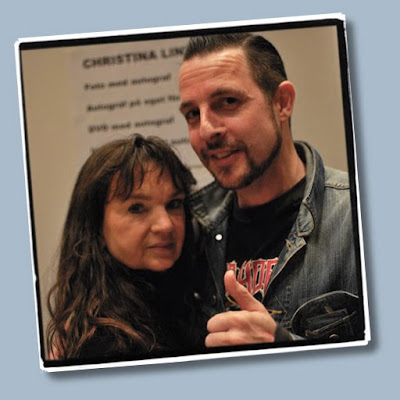 I'll just leave this here for you, as there's really no words that could ever describe how great it was meeting her. She was a real darling, and talked in detail of the sessions, photographers and for what magazines and movies the shots she was signing came from. Something that impressed me as most others don't give a toss whilst trapped in signing hell. And just for the record, when Lindberg arrived on Saturday, ALL other lines emptied! It was hilarious, and a proud moment for all.
King of the scene was the magnificent Fred Andersson, my dear friend, who debuted his book company, ODDBOOKS and sold half of the stock he brought with him. Hail to the king! Good show mate, and thanks for that brilliant photo of me and Christina above! 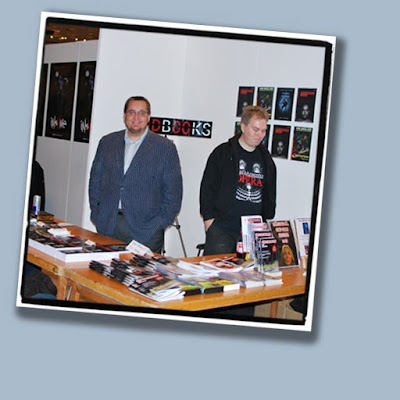 Fred of ODDBOOKS, bringing old school pulp horror back to the scene, and C-J of Gory-Glory Magazine, one of the few print fanzines still around.
And as soon as he's got his online shop set up, I'll be giving you a recommendation to pick up his unique Sci-Fi comic book. But more on that later. 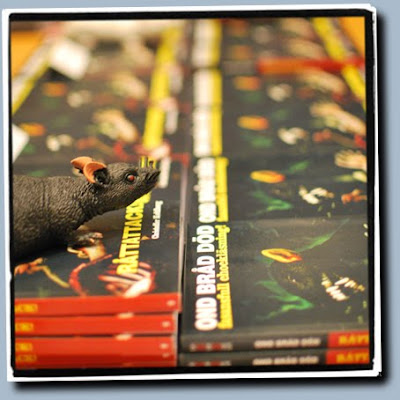 Ace photo - one to show the grandkids!

Actually my oldest son was with me out to the convention on the sunday and after he had spent some time roaming around on his own, he came back to me at our counter and said that he thought he'd seen "that girl with the pirate eyepatch and shot gun" standing over at a different desk... KlubbSuper8 who brought Christina to the convention obviously had Thriller posters in their booth and Viggo recognised them!

Hilarious that my seven year old know's the Thriller posters and recognised Christina! So hopefully he'll be the one telling his kids! :)

... and yeah, really lucky as I've been trying to meet up with her for years now. I used to work for the guy who's "managing" her gigs so it was meant to happen at some point in time.

Nice to see the legacy of THRILLER passed from father to son.

What an impressive lad.

Excellent news that One-Eye got the bulk of the attention when she was in the house.