Sometime this week I’ll be bringing you an interview with this guy! 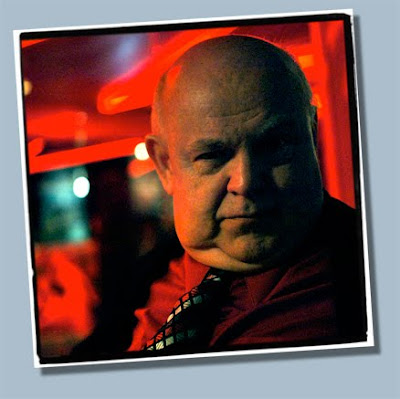 The magnificent, one of a kind, master of exploitation cinema; Frank Henenlotter.

Accompany us on a journey through movies, discussing the arts and crafts, creating monsters, reminiscing about 42nd Street, finding out Franks favourite part of the movie making process and what's up with male obsession with sex.

Here's a few appetisers for you until then.

I’m running titles though my head, titles, titles, titles, and at some point I thought of Basket Case. And when I did, I had this idiot image of something like a malignant Jack in the box. A monster in a basket case, and when you open the lid… Blargh, it kills ya!

The best theatre on 42nd street was The New Amsterdam, it was the most occulent, and of course it was covered in dirt and grime and debri and stuff.

Shit, that doesn’t cost anything and sex still upsets people. It really doesn’t mater what you do. Hell, a naked guy upsets people. So we thought, Ok let’s do a sex film unlike any sex film anyone has ever seen… and it’s kinda different.