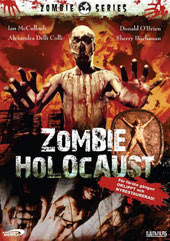 I also really love this film! I had the pleasure of meeting Ian McCulloch when a local cinema showed "Zombie Flesh Eaters" and he was there for a Q&A session. He had some great stories to tell about that period in his life!

Keep up the great work!

Awesome! I can just imagine the stories he had to tell. :D