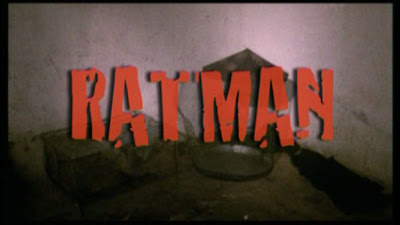 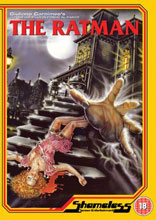 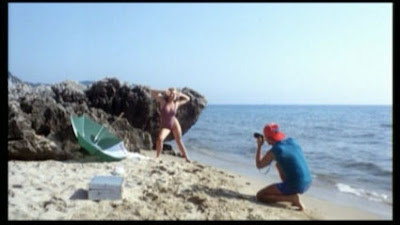 A photo model, is savagely killed by an unknown creature – at least within the movie’s universe, the audience know what it is – leading her sister Terry [Janet Agren] to venture to the same remote island so she can identify the corpse. At the airport trying to grab a cab, she meet’s Fred Williams [David Warbeck], a somewhat assertive writer of mystery novels, who tags along for the ride. At the morgue it turns out that it’s not Terry’s sister Marilyn on the slab after all, she’s taken off to the deep jungle with photographer Mark [Werner Pochath]. So Terry starts to search for her sister with the aid of Fred, but deep in the jungle lurks the Ratman! 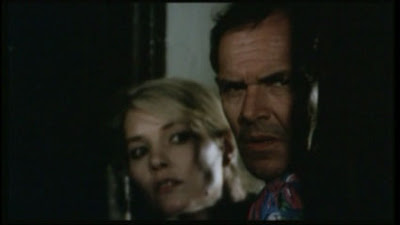 The introduction of the tiny antagonist, is shot in a “documentary style” giving a scientific tone to the rats and the rat boy “Mousey” in his cage on the corner of the cellar  … moments later the camera spins around and crash zooms on the now, bust and empty cage. The threat has been set and the creature is on the prowl. But don’t worry, the serious tone is wrecked straight after the credits with a really sappy photo shoot where Eva Grimaldi strikes a few silly poses and flashes some skin for the audience before setting us up for the second shocker of the first act… after all this is an exploitation flick and what better to follow up a deliberate accidental nip slip with the discovery of bloodied skeleton! Ratman does have a kind of cheesy but delightful playfulness to it where it goes from one extreme to the next within the same scene. But it’s what we come for and that’s what makes this movie such a good time. 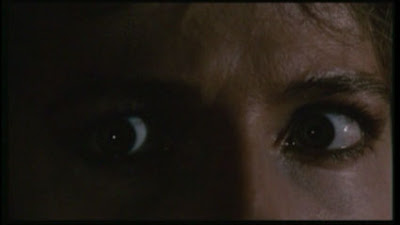 The narrative lurks on, setting up as something of an investigation plot where Agren several times is lured to the morgue to see the cold flesh of some unfortunate woman who’s fallen victim to the Ratman. Slowly, slowly, the two - who actually have pretty small parts in the movie compared to Grimaldi – start closing in on Marilyn who is out there in the jungle with the littlest, but deadliest threat of them all… 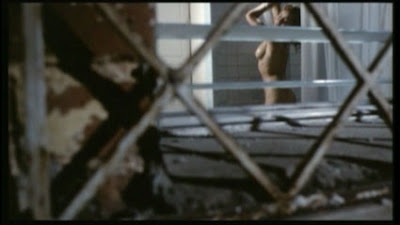 Despite being in the middle of he jungle, Marilyn and photographer Mark manage to find a shack, belonging to Dr Olman [Pepito Guerra], who observant viewers will notice being the doctor from the opening, and possibly keeper of Mousey. Where Marilyn obviously gets her kit off and takes a shower. It’s ironically bang in the middle of the film and in the off-screen space, an eye peeps upon the naked Marilyn…

Part Island of Dr. Moreau, part Frankenstein, the movie plays along the familiar “don’t play god, or you will pay” device. “Mousey” – which is revealed to be a hybrid of Simian and rodent with a lethal poison without an antidote – is a marvellously paradoxical antagonist, but Nelson de la Rosa does what he can, and at the end of the day, it’s the cult value of Ratman which makes it all work. As per usual, the mad scientist, Dr Olman that is, refuses to let his creature be destroyed – as he believes he’s to be awarded a Noble Prize for his research! Don’t you just love mad scientists – and eventually, as in every good “Modern Prometheus” tale man playing god is often slain by his creation. 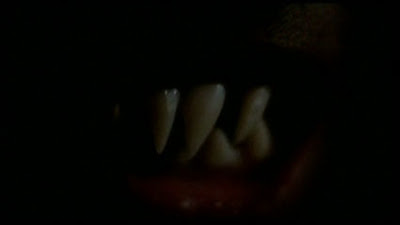 Ratman is a charming oddity, and a fine piece of late eighties Italian trash cinema. There’s some scares, there’s some nudity, there’s a pretty original and interesting monster and there’s some great Italian style effects in the shape of grubby gore and cheap puppetry – you just check out Monique’s [Anna Silvia Grullon] death scene, it’s brilliant with the small puppet Mousey hands that claw their way out of the bog. A magic moment to say the least. 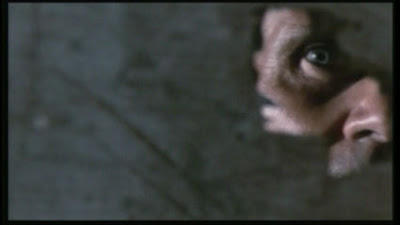 Compared to the other classics they penned, I wouldn’t say that Ratman was the best piece of work legendary screenwriter Dardano Sacchetti, and the un-credited Elisia Briganti wrote. But despite being something of a straight up horror movie with a classic monster narrative, there are also a couple of Gialli traits spread throughout the movie. The monster being seen on a photograph early on, if the photographer only had taken the time to blow up the image, we’d have had a full blown homage to Antonioni’s Blow-Up. Gialli aesthetics are noted when Peggy [Louisa Menon] hides away from an unseen assailant grinding a big knife against the wall in an intimidating way as he stalks her. Large areas of the screen are kept in the dark, and flashes of light reflect off the knife. Warbeck, being a “crime novelist” takes on the role of amateur sleuth, and can pinpoint the exact series of events leading up to the first characters death (not counting the peeping tom in the jungle, during the first photo shoot.) I like this playing with other genre traits and it’s a good trick to get the ball rolling before going back into full horror mode. 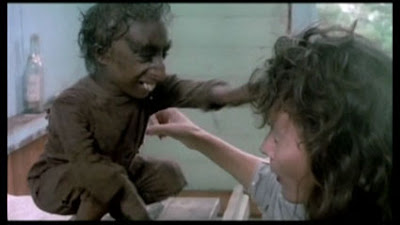 Although I find it curious as to why the movie is set up with Eva Grimaldi’s Marilyn, the monster is introduced, and then a load of time is wasted on Agren and Warbeck, before returning to a huge portion of the plot focusing on Grimaldi. Agren and Warbeck never really come to any use in the movie, and I would have liked to see them do a lot more than merely bee filler material, then again, Warbeck plays if for real. Never mind what he was playing, Warbeck always played for keeps, and I can never get enough of that. 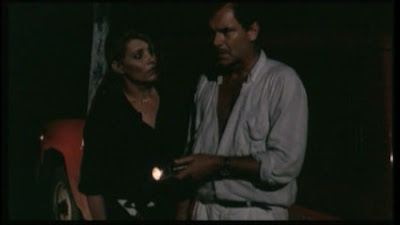 The movie really takes off after Grimaldi’s exploitation film trait, the obligatory pleasurable shower scene, and the nightmare she endures during the last half of the movie is pure horror, one by one everyone around her is killed by mousey and eventually she has to take him on all by herself. Fred and Terry eventually find Eva and the movie comes to a pretty anticlimactic closure, which leads to a rather cheap and silly last twist, but it will leave you with a smile on your face. 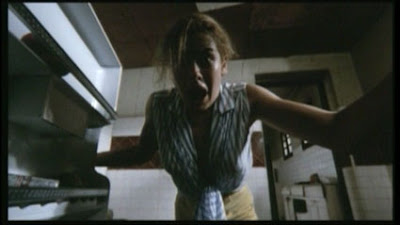 Edited by Fulci regular, Vincenzo Tomassi, and produced by Fabrizio De Angelis – who hadn’t produced a horror flick since Fulci’s Manhattan Baby 1982, and then only ever returned twice again after Ratman - the Sacchetti/Briganti scripted movie has plot holes the size of Mousey. But at the same time this is a movie that is filled with some great images and delightful scenes that will stay with you forever. As the above mentioned toilet attack, you will never forget the freezer scare or the scene where Nelson de la Rosa chases Grimaldi. Wildly psychotronic stuff, the stuff cult legend is made of 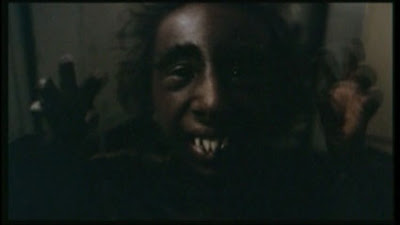 Rare titles like this are what make it all worthwhile - if only someone could release Gianfranco Giagni's Il nido del ragno (Spider Labyrinth) 1988 now, that'd be great! Credit has to be given to Shameless Films, not only for carrying a hard to find anywhere else title, but also for the painstaking restoration they have given Ratman. A variation of sources have been used to make this the most complete version of Ratman available, and unlike other hybrid releases, Ratman never looses that much in quality when going from one source material to another, and Warbeck speaks english all the way through, although there's one scene where it's an obvious american dub. Ratman definitely is a testament to the last breathes of the Italian exploitation genres, and one you shouldn’t be missing out on any more!