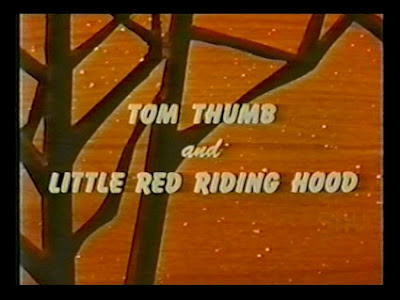 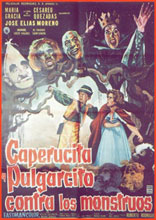 Let’s cut to the chase, Roberto Rodriguez – no not the Mariachi/Dusk till Dawn/Sin City /Spy Kids and Machete franchise genius, but another Mexican genius with the same name - wrote and directed three El Cheapo Mexican takes on Little Red Riding Hood primarily aimed at children, but perhaps best suited for fans of psychotronic entertainment, as they are weird pieces of low-budget madness. Anyways, to save time, skip the first two, go straight for the cherry of the pie, and did into Tom Thumb and Little Red Riding Hood, also known as Little Red Riding Hood and the Monsters! 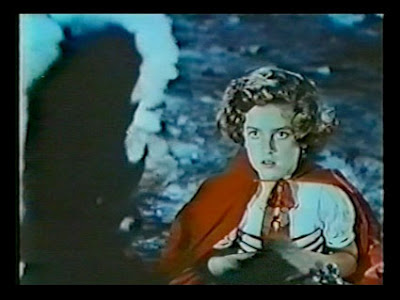 When people talk about Disney on Acid, they have no fucking clue what they are talking about…. You really haven’t seen anything until you have enjoyed the surreal cacophony of Tom Thumb and Little Red Riding Hood.  Something of an Avengers of the time, Rodriguez teamed up the already established characters Caperucita Roja (Little Red Riding Hood), Pulgarcito (Tom Thumb) and brought their foes along for a wham bam face off quite unlike anything else. 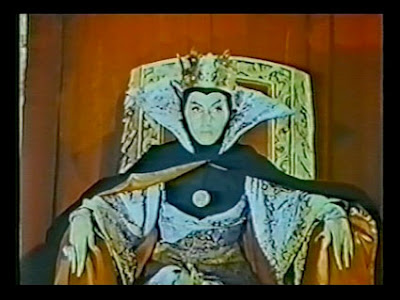 In the wonderful world of fairy tales, we find a bunch of monsters put on trial. The Vampires tells that the case of the day is against The Wolf  [Manuel ‘Loco’ Valdés] and The Ogre [José Elías Moreno – who later starred in Rene Cardona’s La horripilante bestia humana (Night of the Bloody Apes) 1969], since they never succeeded in eating Little Red Riding Hood [María Gracia] and Tom Thumb [Cesáreo Quezadas] in previous movies, which they all starred in. The jury consists of a pinhead, Frankenstein, a child kidnapper, a Siamese twinbeast, a Witch, and the Father of Hurricanes… a motley crew indeed. The Judge arrives –Snow Whites evil Stepmother, played magnificently sinister by Ofelia Guilmáin who starred in amongst other things Buñuel’s The Exterminating Angel 1962 and the infamous El baron del terror 1962 - and she doesn’t waste her time at all! She instantly condemns the two beasts to death by the circular saw! The vampire pleads for their lives, and instead they are sentenced to lure Red Riding Hood and Tom Thumb into a sardonic plan where The Queen's magic will turn them all into monkeys. Excited yet? Well you should be as this is only the beginning of this sensational oddity that will blow your mind. 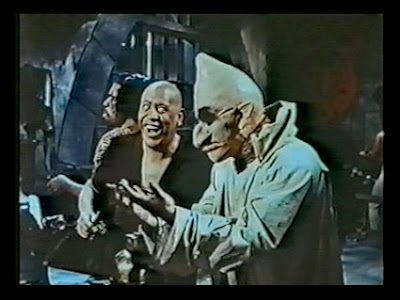 Basically it’s a tale of good versus evil, but with the ultimate mix of influences picked up along the way. Disney, Grimm, Wizard of Oz, Mexploitation, Sci-fi and Horror - anything you can imagine. With the main plot established within the first fifteen minutes – transform all the villagers of Red Riding’s hood to infantile apes, or mice in some cases – the action starts being hammered in, children and adults all become primates and it certainly looks as if the evil forces are going to bring chaos to fairyland. It’s all up to Red Riding Hood, Tom Thumb, and Stinky the Skunk to confront the evil queen and save the day. 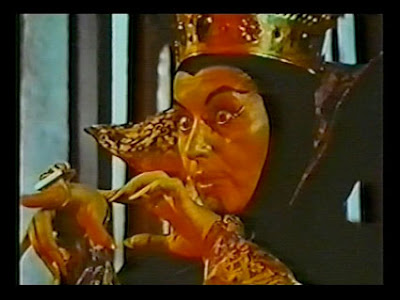 You will not believe how this movie builds and builds, upping the action with each twist and turn: fairy god mothers, giant robots, wrestling monster galore, fire breathing dragon, and a wishy washy tear jerking happy ending. 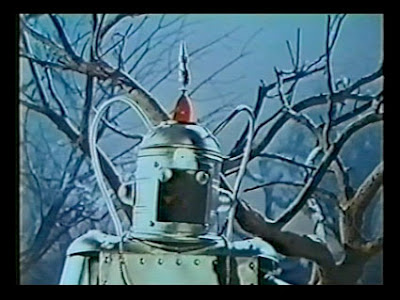 Technically, I love this movie. It has everything that I love in a matinee – they didn’t call K. Gordon Murray the King of the Kiddie Matinée for nothing, he certainly knew what he was picking up when he grabbed, re-dubbed and re-issued this one back in the day. Tom Thumb and Little Red Riding Hood pulls all the punches it can, and goes all in. There’s matte paintings, trick photography, colourful pantomime outfits, Papier-mâché monsters, forced perspective images, and even some really silly musical numbers. You will love this movie like none other! It’s a magnificent magic masterpiece of matinee madness. 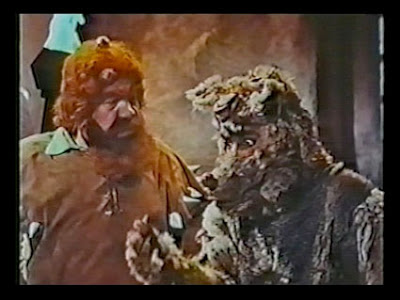