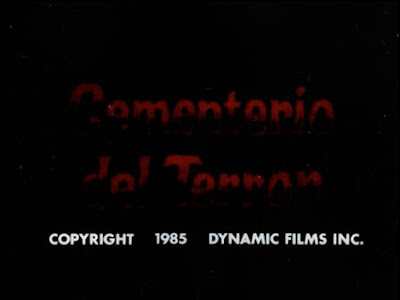 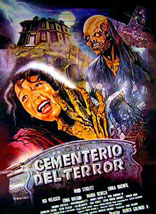 Opening with a shot that crawls up on a sweaty Hugo Stiglitz (spelled Stieglitz in the credits) as he has a nightmarish vision, is a great way to present the initial attack of Cemetery of Terror: Stiglitz dreams of a terrifying man-beast brutally slaying young woman!

Stiglitz is Cardan, a Doctor convinced that his recently deceased patient, and killer of seventeen people, Devlon [José Gómez Parcero], has prior to dying found a way to come back from the dead and continue his violent rampage. Obviously both Police and colleagues laugh at his absurd theories… 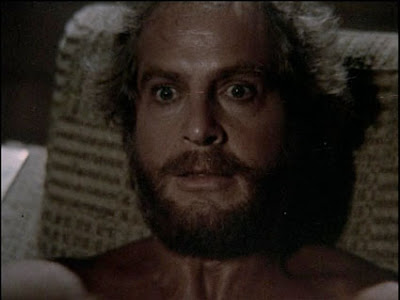 Cue the bunch of clueless students  destined for their Halloween party and silly “scare the chicks” pranks up their sleeve spending the night in an “abandoned” house. Being rejected by their girlfriends simultaneously, the lads turn their attention to other things, such as mooching around the dark cobwebbed house.  Jorge [Servando Manzetti] finds a strange book in the attic, and Blissfully unaware of the connection between the leather bound cover with “Devlon” embossed on the cover and Dr. Cardan’s creepy theories, they start reading aloud from the pages of the book. The taunting of the girls and reading of the book gives them the sick idea of stealing a corpse from the cemetery – all as a joke to freak the chicks out of course. 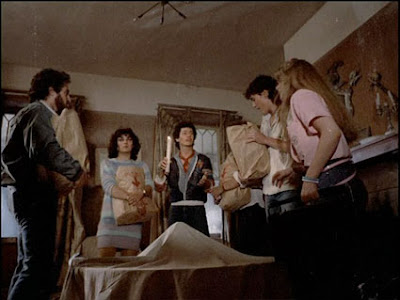 After a soaking wet "reading of the pages" over the corpse in the middle of the rainy cemetery - and a decent snog session for all parts - Devlon arises from the dead and starts to prey on the youths. Classic tale of don't make out in abandoned houses, or you will get snuffed… oh, and raising serial killers from the dead is a bad thing too. Time to bring Dr. Cardan back into the plot, as time is sparse if he’s going to catch up with his old foe, and put him to rest for a final time! 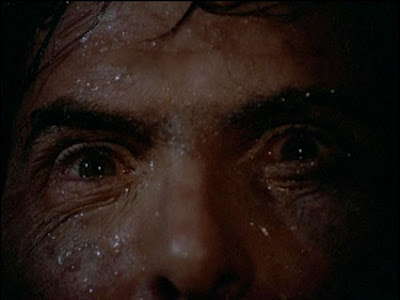 There’s a subplot with a bunch of younger children – one of them Tony [Eduardo Capetillo], happens to be the son of police chief Ancira [Raúl Meraz] who’s escorting Stiglitz all over town in the search for Devlon – whilst the children trick or treating at the cemetery! At first it just seems to be a set up that will lead Stiglitz and Ancira to confront Devlon, and would have worked great as a tool to convince the sceptic Police chief. But it’s not and the children are just as annoying as you would imagine them to be, and pretty soon, for reasons I never will understand, they become the main protagonists of the piece. 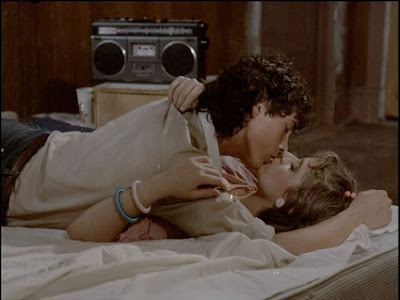 As the children ponder the cemetery, flames burst out of a crypt, which makes them run for their lives, right into the house where all the youths where slaughtered earlier... So the focus shifts, the kids are the new protagonists but at the same time we get a treat when Zombies arise in the cemetery! There are some great moments here and the zombies look just as I would want Mexican exploitation film zombies to look. 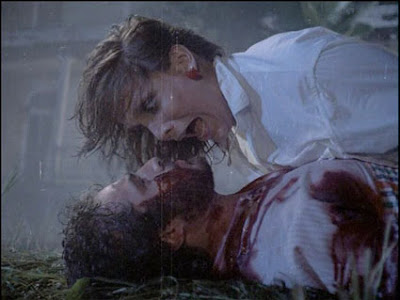 But that kiddies in peril last act just totally bummed the movie for me. Up to then I was really into it, but when the children started running from the monster it became Scooby Doo. The movie turns into something completely different and in all honesty there’s really nothing that makes me give a damn about the children. It’s obviously where violent death stops too and all you have to look forward to from here on out, is kids running back and forth screaming whilst Hugo Stiglitz takes on his nemesis and actually warding off zombies with a large silver cross…

Despite it all Cemetery of Terror is holds a pretty good atmosphere – yes even after the children start running from the dead. It sports some splendid in-camera tricks, classic shock tactics, and some delightful special effects  - special effects man Ken Diaz , does good with the low budget, coming up with some cool old school gore and some really neat zombies, and against all odds the film manages to hammer down a last moment shock. (Dare I speculate that this is the same Diaz who worked his way up to the top league of Hollywood makeup artists via his early work with Rob Bottin?) 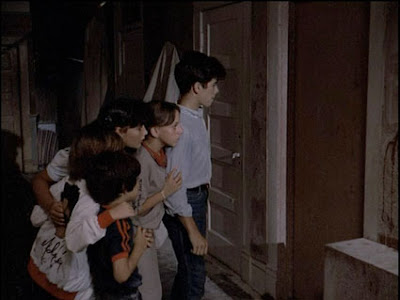 There’s some creative crosscutting of Stiglitz on his way to the morgue with the intention of having Devlon’s corpse destroyed whilst the kids break into the morgue and… yeah you guessed it, unknowingly stealing Devlon’s rotting body. Basic and easy, but it works effectively and helps build some sort of tension and suspense.

The way classic horror, supernatural magic and slasher aesthetics (subjective camera, killer stepping round corners in the background during long shots, supernatural strength) all come together in a cheap Mexican exploitation fajita is pretty entertaining, and at least the first three quarters of the film are decent generic horror. 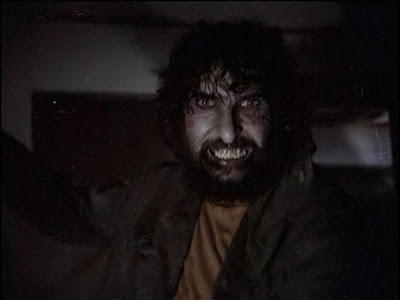 The movie also features Rene Cardona III in the cast as Oscar. Yes, it’s the grandchild of legend René Cardona and son to equally legendary Rene Cardona Jr. Even though he doesn’t really get much screen time t’s great to see the third generation of Mexican Exploitation filmmakers on screen. Only a few years after Cemeterio del terror, Cardona III was making movies on his own merits and has enjoyed a pretty decent career. As for first time director Ruben Galindo Jr., he followed Cemeterio del Terror with Don’t Panic (1988) another teen oriented shocker before unleashing his seminal work the far superior Ladrones de tumbas (Grave Robbers) 1990. 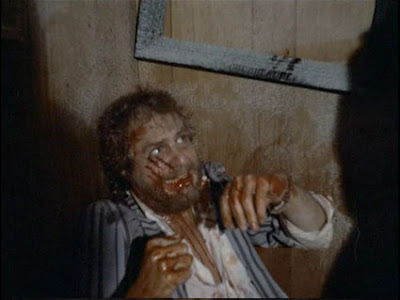