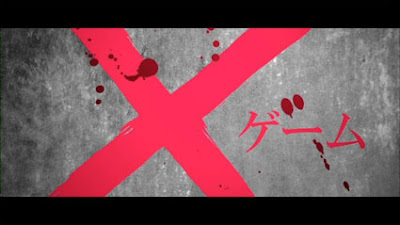 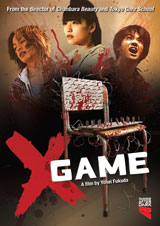 Japanese genre is currently associated by the wild, bizarre and way over the top slapstick horror films that have been released these last few years. A genre that splashed it’s way onto the scene relieving the J-Horror films, which at the time had started to run on routine and over familiar shocks. I’m pleased to see that not everyone is tapping in into the wacky craziness and that some dare to step beyond hype and back to classic themes of fear, survival and horror. 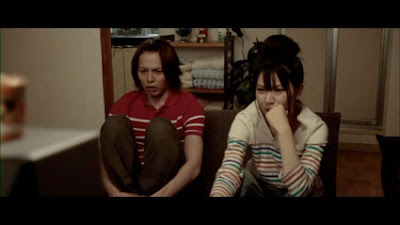 A seemingly bored guy sits at front a classroom… A box is shoved in front of him and we realize that he has a large fresh scar cross on one side of his face… The students all sit still in their seats, as he pulls a note from the box placed in front of him. He reads, and panicking starts begging “Mariko” for forgiveness. Stumbling over one of his pupils, it’s revealed that they are all mannequins. The lights start shutting off, and the man screams into the darkness. Cue opening credits and an almost Goblinish techno hybrid soundtrack. 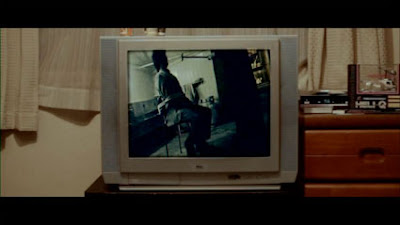 Following the credits we are introduced to Hidekai [Hirofumi Araki], a young student trying to get by working extra as a waiter at a bar. Through a series of flashbacks we learn that he once was a student of Mr Morina, the teacher that we saw in the opening sequence and that Hidekai met Morino only a few weeks earlier when Hidekai and friends had a school reunion at the bar he works at.

At Morino’s funeral, Hidekai talks to friends about the strange circumstance surrounding Morino’s death. He certainly didn’t seem depressed at the reunion, where he showed them pictures of his new beautiful wife, and had a drink to many… Hidekai’s curiosity gets the better of him and he has an urge to investigate the strange suicide, possibly driven by guilt, as he was the last one to see Morino alive. 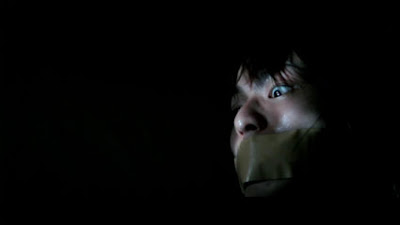 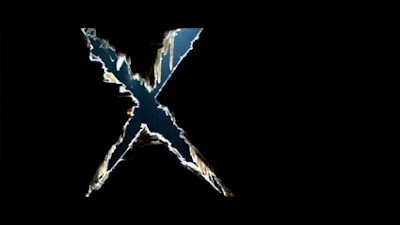 Seeing the strange figure in the mirror, Hidekai realizes that when he saw Morino wander into the night of Tokyo, he also saw a female figure lurking in the shadows. This more or less pushes him into the situation where he has to solve this strange suicide. But just as they are about to piece huge parts of the mystery together, the movie takes a sudden twist and goes into survival horror territory in the vain of stuff like Saw, as the lead characters, bullies and the bullied, find themselves locked in the classroom we saw Mr Morino in during the opening scene. Images burst onto a TV screen welcoming the youths to the X games! The horror can begin. 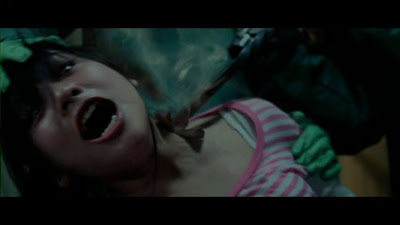 X Game uses something of an Investigation Plot, almost Giallo-ish actually, as Hidekai takes on the role of amateur sleuth. This also rings true of the schooldays/childhood traumas of the bullied character “Mariko” accompanied by a music box soundtrack very typical of that genre. I’d even go as far as saying that the last act reveal is something of a mix of old J-Horror and Gialli traits too, as identities are revealed and characters turn out to be other than we had suspected. 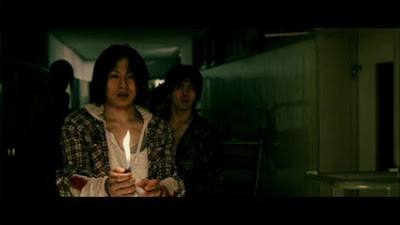 Empathy is created for the band of friends through flashbacks telling how they tried to stop bullying and ending up taking odd girl out, Mariko’s bullying instead. But it’s also through the same flashbacks that truths about their time at school surfaces and gives some effective rushes of insight that help read the narrative. Hidekai’s capture and presence in the X game obviously raises curiosity, and this is where the second part of the movie’s narrative moves forth: why is Hidekai there, for what reasons, and what can he do to stay alive. The rules of X game are simple and stern, participate and take the pain or face the penalty.  Tasks must be performed within a time limit or else they are taken into the back room and punished, by branding! The symbol X returns through out the film; painted with blood on walls, chalked on school blackboards, in one instance axed into the cupboard Hidekai is hiding in, and also through the sizzling branding iron and the bloody scars it leaves on the unfortunate contenders flesh. 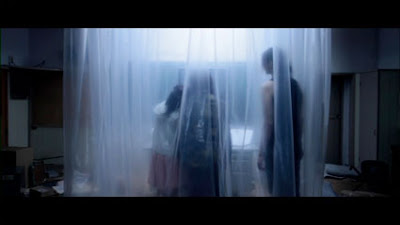 The sadistic games enforced on victims, become even more sinister when we come to the awareness that the list of games are all games the bullies used to play on their bullied class mates back in the day. Although this time around the games are more violent versions of that game, performed with grotesque rusty objects and a horribly annoying 16bit animated vignette played on the TV screen in the old classroom. 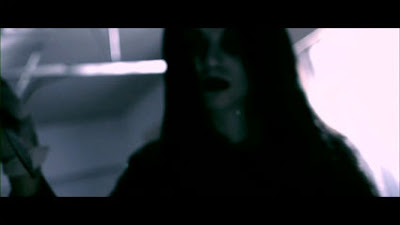 X Game is a decent return to shock and suspense and a good break from the schlocky gore comedies that have dominated the Japanese scene these last couple of years. Influences of Manga, video games and various genres of film are apparent, and Fukuda blends them well. As the movie comes to it’s climax, Fukuda takes it through a third sharp twist and establishes an intriguing conspiracy thread that expands the motifs and organization way beyond an angry schoolgirl with a vengeance fetish. It also set’s things up for a sequel, and X Game 2 was completed earlier this year with some returning cast. 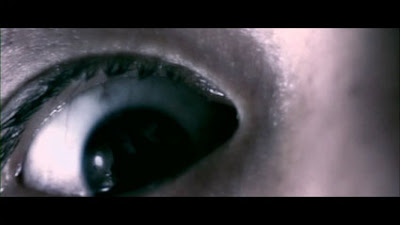 Fukuda is his own cinematographer, and he also shot Kôji Shiraishi’s Gurotesku, a movie that I highly recommend and place high on my favourite contemporary Japanese films – Especially since I totally ripped the BBFC’s motivation for banning the film in the UK apart some time back.

Just to clear up some confusion, X Game is not the same movie as Satsujin Douga Site (Death Tube). There seems to be a general confusion about this on line, but they are two completely different films.