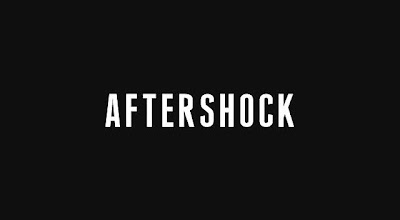 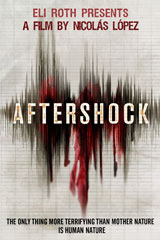 Ok, so spend forty minutes building characters and then kill them off one by one. Disaster movies are quite often all about the cast, but watching random people die and writhe in pain isn’t enough. If I wanted that I could go for a generic slasher. So Lòpez takes time to establish the six leads, even if only in brief, before they start to succumb to various forms of death… the only problem for me is that I never really get close enough to any of the characters to give a damn… and no, just saying that someone’s a parent or sad because they had an abortion isn’t enough to generate empathy for characters. Although with that said, Eli Roth gives a great performance and is in fact the character I liked the most! The desperate, awkwardly out of his comfort zone, divorces parent struggling to fit back in and find love in all the wrong places. 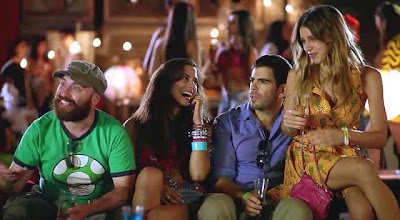 Aftershock is what all those classic disaster flicks of the seventies where, Earthquake, Meteor, Poseidon Adventure, The Swarm etc., but all pumped up on contemporary club music, internet memes, social medias and all the on screen violence and gore those films stayed the hell away from. Not saying that they didn’t have some spectacular deaths in them too even if they have almost forty years on their necks. 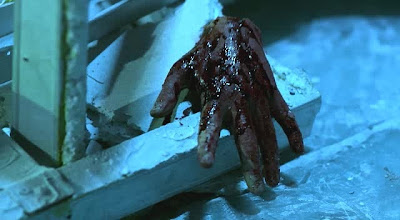 Ironically only two of them perish as a result of the actual earthquake, and that’s where I have something of an issue with the logic of certain parts of Aftershock. At the backend of the flick there’s a twist that doesn’t really call for the death it brings! I’ll leave it at that and out of print, because Aftershock isn’t really a movie about logic or posing questions, it’s about pushing you deep into the back of your seat and taking you on one hell of a fast and unpredictable rollercoaster ride - and that’s precisely what it does. After introducing the characters destruction, death and mayhem just snowball all the way through until the soaking wet climax. 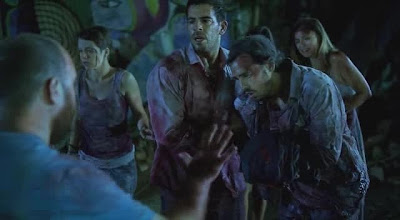 Aftershock is the disaster/survival-horror version of The Hangover. Just when you breathe out and think it’s going to work itself out, shit takes a turn for the worse.