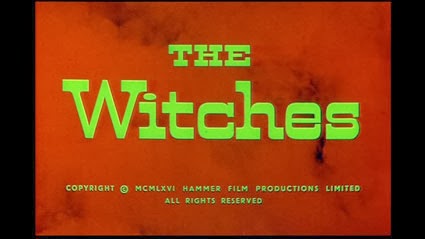 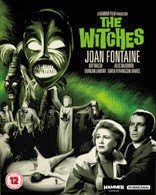 Missionary schoolteacher Gwen Mayfield [Joan Fonatine] escapes from a terrifying and traumatizing attack during her time in Africa. Back from Africa, and following something of a breakdown, she moves to the small rural English village, Heddaby when Alan Bax [Alec McCowen] and his wife Stephanie [Kay Walsh] invite her to come take a position as head teacher in the village’s school. At first all is fine and Gwen quickly settles in, despite the fact that Bax wore a priests collar when they first met even though he’s not a man of the clergy, and the fact that the village still hasn’t rebuilt the burned down church ruin that stands on the hill above the village. 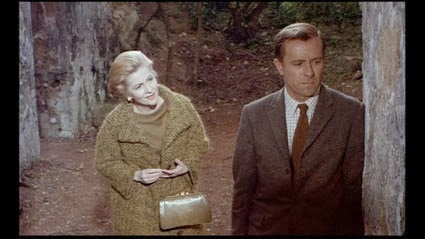 During her fist class she goes through the names of the pupils and reacts to the fact that young Linda Rigg [Ingrid Boulting] has her doll with her to school, something that she feels Linda is way to old for. The next day, Linda is absent and Gwen finds a note in one of the children’s textbooks claiming that Linda’s Granny treats her cruel. Here comes the first sign of odd behaviour in the village as Gwen learns about Linda’s Granny forcing her hand into the mangle! Not to worry says the chuckling old Granny Rigg [Gwen Ffrangcon Davies, who also starred in Terrence Fisher’s magnificent The Devil Rides Out two years later], she’s given Linda a nice brew of herbs to ease the pain. 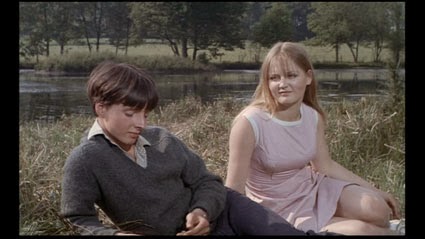 Although Linda’s hand-in-mangle isn’t the thing that is worrying Granny Rigg the most, it’s her concern over young Ronnie Dowset [Martin Stephens] running after Linda, especially as they are at “That” age. If one was to be prejudice, Gran and her cat – who just happens to trail Gwen after Granny Rigg whispers into it’s ear to follow her and the talk of herbal medicine, home made sherry and chutneys – it would be easy to think that the old woman may just be a witch! 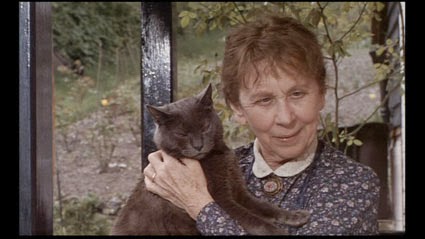 Ronnie suddenly falls into a coma, an effigy of him is found in a tree with pins stuck in it and the head missing, Gwen awakens from a sleeping pill slumber and screams in terror as she mistakes a feather duster for one of the Voodoo statues from her terrifying encounter in Africa. With the strange events occurring all around her, Gwen comes to the conclusion that Granny Rigg must be planning to use Linda as a virgin sacrifice in an occult ritual! 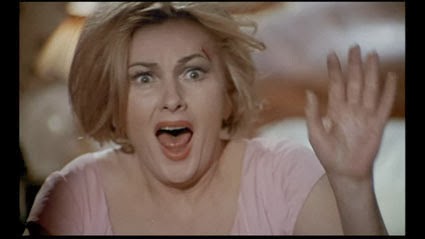 Slowly, slowly devilish things start happening to villagers, a man is found drowned, sheep attack Gwen and the African effigies start to turn up in dreams – or is it real? Guess the confusion and shock as Gwen awakens after fainting only to be in a nursing home and not Heddaby and under the supervision of the odd Dr. Wallis [Leonard Rossiter]. Is Gwen going insane or is there a conspiracy lead by Granny Rigg and the witches of Heddaby? Prepare yourself, because as the movie shifts into the third act, suspicions are overthrown, truths are exposed and the real constellation of the Heddaby coven is revealed! 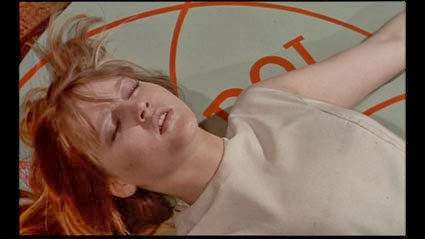 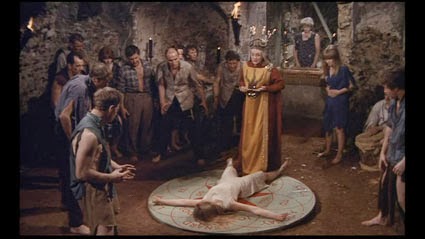 No stranger to the world of the weird, screenplay writer Nigel Kneale delivers the creeps and eeriness perfectly with his adaptation of Nora Lofts’ (under the pseudonym Peter Curtis)  The Devil’s Own, and Cyril Frankel dispenses it well. The Witches was the final big screen performance for Jean Fontaine, which she also co-produced as she’d bought the rights to the Loft story. Fantastic Hammer Horror creepiness and low key shocker filled with wonderful paganism and occult dabbling make this a movie I feel can be classed as something of a underestimated Hammer gem well worth seeking out!