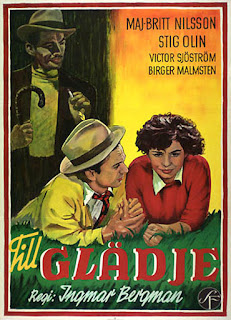 I’ve pointed to Bergman as horror, and I still stand by that, but you can also watch his films as profound black comedies too. Comedies with a pulsating vein of irony and cynicism fueled by that infamous Bergman darkness. Such is the case with To Joy, his 1950 melodrama about Stig and Marta, what most likely would have been a tale of struggle and ordeal destined to land in happiness and “To Joy”... but not on Bergman’s watch.

The young couple both play in the Helsingborg symphonic orchestra. They quickly fall for each other, get married and have kids. But Stig’s drive to become a famous soloist and his repulsive narcissism drive a wedge into the heart of their relationship bringing a new set of hurdles for their life to cope with. 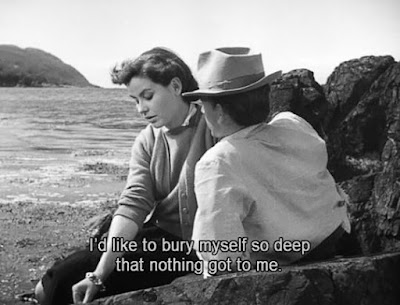 Despite the obvious classical piece To Joy (Beethoven) that bookends the movie if day that this is Bergman being a devious mischief maker in his excellence. There’s nothing joyful about this movie at all. Quite the opposite. It’s filled with sadness, depression, frustration and death. We start off with a key death, only to track backwards as the tale it told to us. A death gives Stig his initial place on true orchestra and then later his shot at being a soloist star. But life has nothing good install for one who doesn’t open their eyes. Stig’s malcontent is his own soul tearing spirit and it will cost him everything.

In a lack of better words, there’s a pre-Kundera-ish darkness thing going on here and Bergman in his unrelenting God position (over his characters) smashes down hard in the very instance that light slips into the piece, the very moment Stig is content, at the very moment that should climax the build to a happy end we were hoping for... but as already know from the first five minutes of the film, that’s not going to happen. 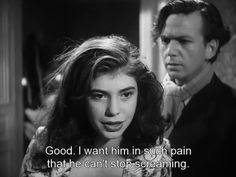 Stig and Marta act something like a prototype for the married couple in years to come in Scenes from a Marriage but in a completely different context, I’d single out Nelly (Margot Carlsson) as a succubus. Watch the way she moves in comparison to everyone else. She flows in, sneaks in the corners of rooms, hiding in the shadows, slipping from victim to victim, ditching them when she’s drained them dry.