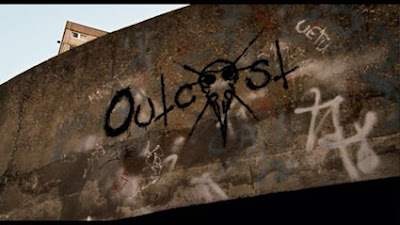 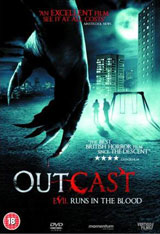 Low-key horror isn’t a bad thing; it can be quite the opposite when done in the right way. If you master the skills to tell an entertaining story and keep things interesting, you can be as low key as you want. Scotsman Colm McCarthy, with a firm background in directing for TV, presents a spellbinding and captivating tale of ancient rivals, pagan rituals and mythical magic in his feature debut Outcast. 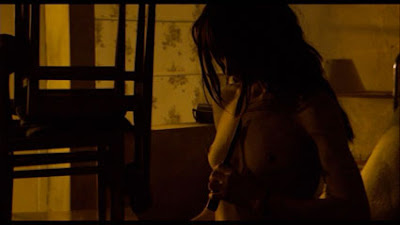 Mary [Kate Dickie] and her teenage son Fergal  [Niall Bruton] move into a housing project area in Edinburgh. In the flat next to them lives Petronella [Hanna Stanbridge] and Tomatsk [Josh Whitelaw], who Petronella takes care of, as their mother is an insufficient. Petronella, a rather tough girl, soon takes a liking to Fergal, who responds to her emotions. The two of them struggle with their feelings, whilst ignoring the warnings and reprimands of Mary. Beyond the housing project, come Liam [Ciarán McMenamin] and Cathal [James Nesbit], searching for Mary and Fergal. Cathal covered with tattoos of ancient symbols granting him magic power, fully intent on finding the “boy” and killing him. But there’s also something dark and violent hiding in the dusk corners of the housing projects that has just started to prey on the residents there. 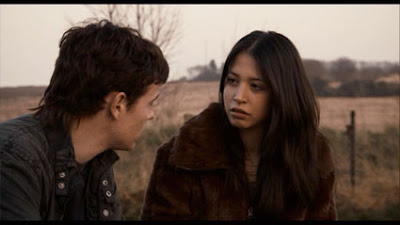 Fantasy, magic, supernatural, dark force themed horror can go terribly bad if it’s done in the wrong way – Supernatural may have run a number of seasons, but it’s still shite in my eyes, the wrong kind in my oppinion. Colm McCarthy manages to hammer this one right and brings a great little film to life. Characters are introduced during the first act: Petronella is not only a gentle character caring for her retarded brother and alcoholic mother, but she also has a reputation for being a tough lass. She takes no shit from former boyfriend James, and even taunts him in a way her that her friend Ally [Fifth Doctor Who's, Karen Gillan, and also first victim of the monster] reacts to being a possible danger for her. Petronella is a character with dimension, fully capable of doing good, and doing bad if needed, which makes it easier for the audience to empathize with her. Life is complex, and so should movie character be too. 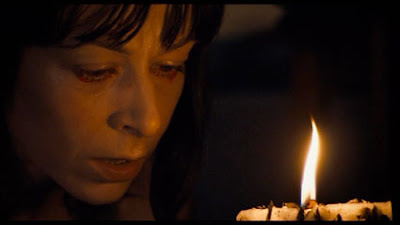 Although the highlight of the piece is given by Kate Dickie as Mary, witch and mother of Fergal. If there’s one person’s torment I empathise with is hers. A single parent on the run with a teenage son. If there’s was ever a character to make me feel as if I was watching a piece of English social realism drama about the struggle of every day life, then it’s the Mary character, and Dickie’s great performance. But where others go amiss, Mary has her pagan powers. Her powers as a witch are proven throughout the movie, from early on where she performs a ritual, painting protective runes on the wall with her own hair and blood. The way she put’s a curse on the Housing Officer [Christine  Tremarco] is haunting, cold and right to the point. No Hollywood messing around, a few words chanted and the woman is cursed, no sound effects to be heard, no silly visuals, just two stern performances that sell the illusion completely and create a magnificently eerie scene. It’s damned good stuff and she contrasts the witchery with a concerned mother performance that hit’s the mark perfectly. 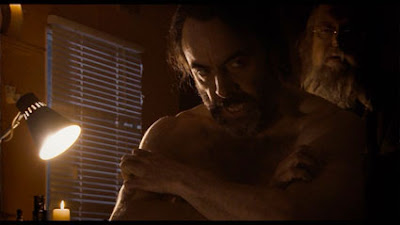 But for all this to work we need a stern set of rules. Outcast has stern rules, rules for Cathal, rules for Fergal and most likely unspoken rules for Mary too. What I really liked about this film is that the rules are never exaggerated or proclaimed in a way to be completely clear for everyone, but told more in an intelligent way, as if the characters where merely reminding each other of the rules. Fergal is told to  "stay out of fights and stay away from girls", a rather generic set of rules, but in the larger picture definitely rules to obey, especially as there’s something lurking in the darkness of the projects. After the magic runes are tattooed into the skin of Cathal, he only has a month to hunt “the boy” before the magic wears off, He can only use them to hunt down the boy and kill him, none other. We all know that as soon as someone proclaims a set of rules, they will be broken and there will be consequences, which brings a natural driving force to the film and builds a sublime suspense. 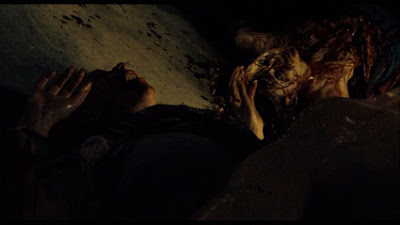 Several Sub-plots are used to keep the movie alive, such as the one concerning the monster in the back alley. There’s a brief, but scheming sub plot, which gives a larger image concerning Laird [James Cosmo] who Cathal at first must ask permission to go on his “hunt”.  There’s also a well used subplot focusing on a monster that lurks in the dark, before pouncing on it’s unfortunate victims, bringing them a violent gory death. This sub plot obviously drives the question of who the “monster” can be. Is it Fergal, Cathal, Toma, Petronella or someone else in the terrace? Amusingly the monster sub-plot of the movie more or less takes a second seat to the story arcs concerning the constellations of characters. The backstory of how most of them are connected is hinted at and not written on the viewers nose. 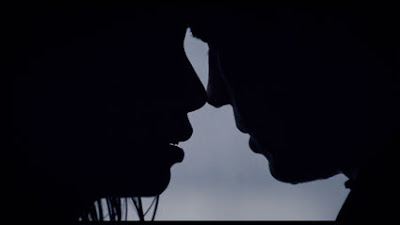 There are some good jump scares and a decent level of violence, which is often pretty cold, hard and completely lacking remorse.  James Nesbit breaking some unfortunate youth’s fingers is a rough moment, and then there are some fast effective gore scenes to keep that part of the audience at bay. Keeping the Creature off screen as long as possible is a great trick and that’s exactly how McCarthy plays it. Only showing us titbits of an anatomy keeps whatever’s out there more intimidating that anything he can show us, and it also keeps the identity a secret too. When it’s all revealed it still is in such a restrained form that it never really becomes one of those classic anti-climaxes where you clearly see what’s what. Good confusion still works like a charm. 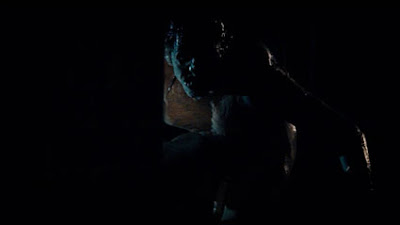 Outcast could possibly have taken some inspiration from Romeo and Juliet. Petronella, is warned not to pursue her relationship / fling with Fergal, but does so anyway, and there's a price to pay. It also has a coming of age theme, as Mary on several occasions warns Fergal from “being around girls”. One could take a Freudian approach to the subject matter and refer to it as a metaphor for puberty, when young bodies change, and transform into other shapes than those they have been used to.  It could also be read as a Mike Leigh, or a Ken Loach toned homage. It has that look and feel to it that those great English kitchen-skink realism movies have, but with the horror angle. You know the feeling, you can never really relax, you are always tense, because the bottom can fall through and everything can go to hell at any moment. I’d also say that there’s a Let the Right One In/Let Me In vibe the movie too, as the audience can have an emotional recognition with Mary and her despair, but also the frustration, excitement and teenage lust, despite the punishment of breaking rules between Fergal and Petronella. 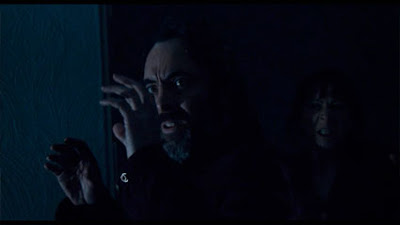 Colm McCarthy’s Outcast was an impressive surprise. I though it would be a mediocre time killer, but found a captivating and engaging movie instead. I would definitely recommend it and eagerly look forward to seeing McCarthy’s next venture into horror genre cinema.

Hi there buddy. No exageration, when I saw this last year it blew. me. away. I found all the pagan, witchy magic stuff to be profoundly creepy and very believable. Even when it devolved into a pretty generic monster movie at the end it couldn't spoil the awesome first two acts that led up to it.

Kate Dickie and James Nesbit were amazing in this. Dickie is completely wasted in Prometheus, just a totally useless, paper thin character. She just sort of stands around looking... weird?

Oh, and exactly my feeling on Outcast. Even the silly monster reveal at the end was in safe hands due to the build there.

Cool, the feeling's completely mutual regarding your opinion of anything Alien related, so I look forward to hearing your thoughts too!

About the sydney film fest screening of LIVIDE the other night: the French distro sent a print without subtitles! AAAARRGG! No one speaks French in Australia so the whole theatre left after 5 minutes. And that first five minutes looked stunningly beautiful. NEED to see it now more than ever!