The Sarnos - A Life in Dirty Movies. 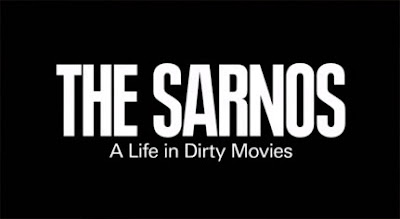 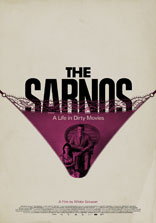 The Sarnos - A Life in Dirty Movies
Directed by: Wiktor Ericsson

There are two kinds of filmmakers in this world. The kind that make films under the illusion that it will make them rich and famous, and the kind that make them for the want of telling a story and the sake of art. Fast forward a lifetime, and the filmmakers wanting to be famous will become bitter, whilst the artist, or auteur as they may be called, will be moved that we remember their work.

The Sarnos - A Life in Dirty Movies, tells the story of Joeseph and Peggy Sarno. Joe’s an old-school exploitation filmmaker with ambitions and Peggy is his dedicated wife, actress, all-round crewmember and Cicero of this warm document on their life together. That’s important, they where always together. Together through it all. 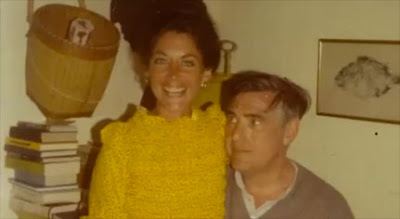 We learn their dedication to their craft, from youngsters to now, always looking for a way to make movies. Their lives spent between apartments in New York and Sweden. Part of the film is their history; part is current as Joe desperately tries to secure financing for making that “next film”. As always, Peggy’s there to support him, give him advice and help make that next film. There’s a nice moment where Peggy reads through Joe’s - kind of sordid - script, after all there’s a difference in sexploitation in the 50-60’s, and reflects over the language the characters use, and suggests that they use their cell phones to talk instead of calling from phone booths… after all that’s what these modern women would do, says Peggy, lovingly bringing contemporary times to her husbands script. 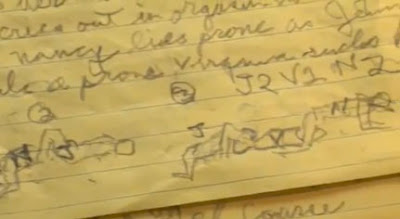 The Sarnos - A Life in Dirty Movies is a gentle and heart-warming piece of documentary cinema. Swedish-made documentaries recently, sometimes manage to get close to their subjects, but very few have any dimension. They may tell interesting, linear stories, but this one has the dimension that many others lack. I’m a total sucker for documentaries about filmmakers who never stopped chasing the dream, no matter what path it took them through - such as defying one's own morals with the trials and ordeals this brings - and this is such a film, seriously a fantastic documentary, This is about real people trying to do what they believe in and their desire to be accepted as filmmakers and the qualms along the way... all the way through their filmmaking lives. Wiktor Ericsson’s cameras have caught this perfectly. I’d be able to recite passages of this film that are really moving, but I won’t. This is simply one of those “Must See” documentaries that you Must See!

There’s something completely fascinating with many of the old sexploitation filmmakers, as so many of them have a very distinct idea of where the line between art and smut goes. Filmmakers like Jean Rollin, Jess Franco, Jose Mojica Marins etc. – all of them low budget filmmakers with some great idea’s of what cinema is, and all with their very distinct style – all of them where forced into directing pornography during their careers. Something that lay heavy shadows on their artistic intentions, and the majority of them dealt with some serious frustrations over being forced into areas of filmmaking that weren’t where they wanted to go. But they had to, all for the sake of getting a shot at making that next film. 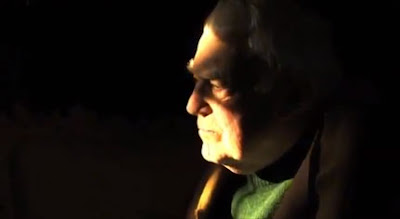 Sarno is referred to as the Ingmar Bergman of 42nd Street and that’s wonderful words to remember him by. Because what made Joe Sarno’s films stand out amongst others in the niche depended on two facts. The way he wrote his characters, with depth and dimension, the way he always focused on female sexuality and the fact that his films often used the scenes of sex to make his audience think about difficult subject matters… guilt being one of them! Guilt for one’s own sexuality is a pretty heavy topic to drop into a sexploitation film, but that’s precisely where Sarno’s balance lied, tell a story, make them think, even if it’s under the guise of sexploitation… until hardcore cinema ruined everything for Joe and so many other grand masters of exploitation cinema.

Interview snippets with a teary eyed Joe saying things like “I thought that everyone had forgotten about me…” as we follow the couple to retrospectives of his work, together with Peggy’s telling of how their love was never really accepted by her family… and definitely not the films they where making, all add up to make a very emotional film. One can’t but sit and wonder if Sarno had left a legacy of the same importance if he had managed to break into accepted cinema? There’s a bitter sweet conflict within the reality that some directors would never have been remembered if they had broken through into mainstream, and in their alienation only really found their art. 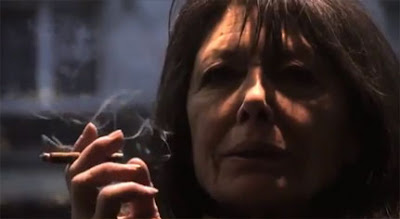 The main body of insight comes form interviews with Joe and his wife Peggy. Although people like John Waters, Jamie Gillis and Annie Sprinkle, do participate, the most interesting interviews are with film historians, film critics and experts who give a fair and honest picture of Sarno’s films and what they meant at the time, the imprint they will leave in cinema history. I love when experts and academics are used to reflect upon the importance of low budget and exploitation cinema filmmakers that others sneer snobbishly at. A big part of this film is all about being accepted. Accepting Joe Sarno as the filmmaker with ambitions that he really was. A topic Peggy and Joe Sarno obviously had to deal with all their lives. The closing scene is poetic justice at it’s finest. 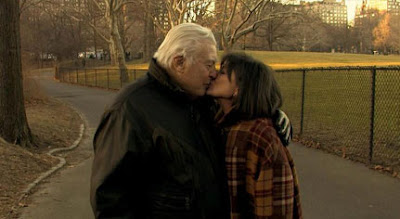 Yes, I know that Sarno is responsible for one of the most famous Swedish pop-cultural adult films of all time. Everyone refers to “that film” at some point or other. But that’s not what this film is about, that’s not the Joseph W. Sarno of this documentary, and I feel that bringing that into this piece would be disrespectful to the Sarnos, as this is a film about the people, not what they did.