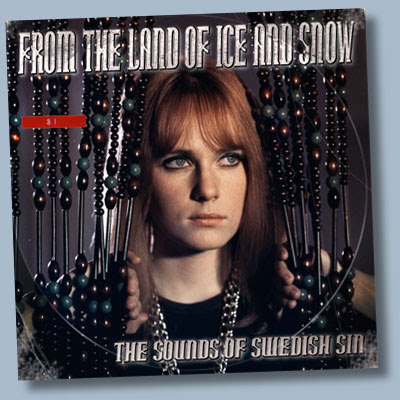 The woman above is none other than Solveig Andersson. The stunning, intriguing and mesmerising Solveig Andersson. Now take a few minutes to look upon that face. Let it sink in. Absorb it if you will. Christina Lindberg and Marie Liljedahl in all respects, but for me the only real star of the Swedish Sin movies is Solveig Andersson.

I haven’t really read that much, and heard even less, about Solveig more than the few times she’s mentioned in interviews given by others about the genre.

Andersson dreamed of breaking through and becoming the next big Swedish star, which god knows she could have, but at the tender age of twenty-two she found herself cast in Torgny Wickman’s Eva – Den Utstötta 1969. This part led to other parts and if I where to list the quite frankly moderate list of movies she starred in you will see that Solveig starred in Bo A. Vibenius Thriller – en grym film (Thriller - a cruel picture) 1974, Arne Mattsson's Smutsiga Fingrar (Dirty Fingers)1973 and Torgny Wickman's Kyrkoheden 1970, Eva - den utstötta (Eva, Everything but legal), Ur Kärlekens Språk (Swedish Marriage Manual), both 1969, and my all time favourite Swedish exploitation flick, Skräcken har 1000 Ögon (Sensuous Sorceress) 1970, which I still demand an uncut version of by the way, and frequently panicky regret ever loosing that uncut vhs I had two decades ago.

If you know stuff about Swedish genre, then you will know that several of those titles above easily qualify as entries on some kind of top ten list.

Andersson left the movie business after finding faith in the lord. Now normally I would laugh that off, but in Solveig’s case, it’s so damned fitting. The main ingredient that draws me towards her movies and characters is that I find them and her to be the same person. I don’t really think there was that much difference between the woman and the characters she portrayed. There’s sadness and a frustration in all her characters. It’s almost as one can see the desperation in those blue eyes. As said, Solveig really dreamt of being a star, but sadly – probably due to her starring in the movies that she did – never really made it.

Despite never breaking out into the mainstream and becoming that shining star she dreamt of, there is some poetic justice in the fact that she apparently found her way in life and the few movies she did leave behind, have become cult classics on their own. So in some weird way, Solveig Andersson did become a star, and in my book the brightest shining star of them all.

Now get thy self off thy ass, and grab this smoking compilation of music from the movies you know and love as The Swedish Sin!

Thanks very much for yet another great mix Jason!

Yeah, I think so far it's the best mix - and that's impressive considering the quality of the others :D

Cheers Lads.
Glad you liked it.