Last House on the Beach 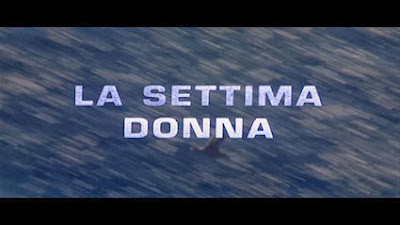 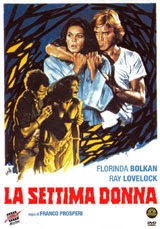 Last House on the Beach

Franco Prosperi, no not the Mondo maverick, but the other Franco Prosperi, writer of such classic films as Jess Franco’s Mondo Canibale (White Cannibal Queen) 1980, Mario Bava’s La ragazza che sapeva troppo (The Evil Eye) 1963 and Ercole al centro della Terra (Hercules in the Haunted World) 1961 - which he co-directed with Bava, and director of low budget and exploitation films such as Un uomo dalla pelle dura (The Boxer) 1972 and this one, Last House on the Beach, serves up a decent home invasion rape revenge yarn with a solid set of actors like Ray Lovelock, Florinda Bolkan, Sherry Buchanan and Laura Trotter in the cast! 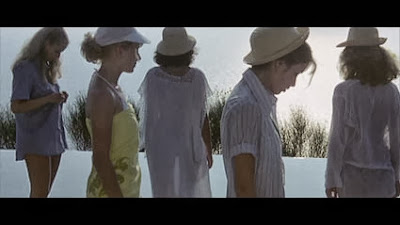 Basically, and vaguely, The Last House on the Beach is yet another take on Ingmar Bergman’s Jungfrukällan (The Virgin Spring) 1960, written by Ulla Isaksson. The same movie that inspired sardonic grit-fests like Wes Craven’s Last House on the Left, Aldo Lado’s L’ultimo treno della note (Night Train Murders) 1975 and Ruggero Deodato’s La casa sperduta nel parco (House on the Edge of the Park) 1980, and also this variant Franco Prosperi’s La settima Donna (Last House on the Beach).

Three bank robbers, under the lead of Aldo [Ray Lovelock], take to hiding in a summerhouse inhabited by Sister Christina [Florinda Bolkan] and half dozen young women. The men take the young woman hostage – after beating the maid to death with a hot iron.  Tension builds as the thugs start to rape and abuse the women one by one, eventually forcing Sister Christina to go against her faith, refuse to turn the other cheek and start to take revenge! 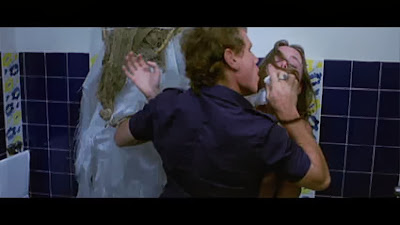 Romano Migliorini and Gianbattista Mussetto wrote a screenplay from the story by Ettore Sanzò. Ettore Sanzò had previously written screenplays to Aldo Lado’s Night Train Murders and Massimo Dallamano’s magnificent La polizia chiede auto (What have they done to Your Daughters) 1974, so Sanzó had been up the “young women in peril” street before. Despite being gritty, misogynistic and grim, the movie is still somewhat cheesy, possibly more due to the shoddy dubbing more than the actual performances or narrative.  But not all is lost, some effective passages of dialogue work in a timeframe that helps set a time limit and a tension builder in the shape of the returning buss that will arrive and pick up Sister Christina and the young women. In some ways it works as a reliever as we know help – or possible salvation – will be on the way, but when the Nuns at the convent call, without getting through, to tell them that the buss will be a da late, it works as a tension builder instead. Sister Christina is relying on keeping everyone safe until the buss arrives on the third day, but as this isn’t going to happen, tension builds to a boiling point… well kind of. 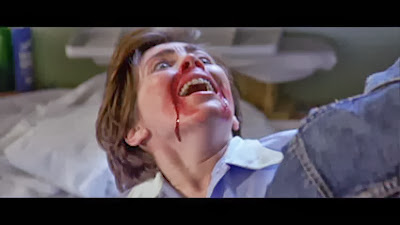 Characters are polarized; the male bank robbers are sinister, randy and somewhat dumb, whilst the girls are gentle, savvy and innocent– despite an early scene where they slip out of their tops whilst sunbathing, but quickly put them back on when Sister Christina approaches the pool area. This is simply Good versus Evil, with the exception of Lovelock who, in this mix, comes off as a dimensional character. (Which he isn’t really.) 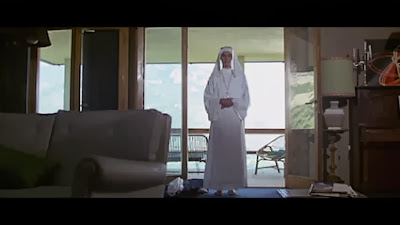 Lovelock acts as something of a red herring, as he at times steps in to stop abuse, or help a girl out, but on the other hand provokes the two other kidnappers to go over the edge, holds a knife to Sister Christina and forces her to watch the other two thugs rape one of the young women. He also has a strange flirt with Margret [Luisa Maneri] who he bonds with and shows some form of affection for… but we all know that just below the surface it’s old school manipulation! 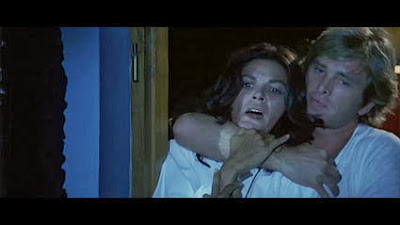 As all rape-revenge flicks, the main narrative is to push the god-fearing protagonist as far as possible until this character snaps and becomes a like worthy or equal force of antagonism towards the antagonists. In Last house on the Beach, a very symbolic act is used to show Sister Catherine's transition as she steps up and takes on the villains who have molested, terrorized, raped and murdered members of her young flock! 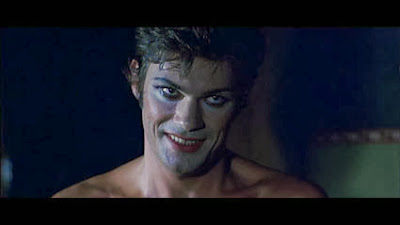 Early on you can hear a super weird Roxy Music sound-alike track “Place for the Landing” courtesy of Roberto Pregadio with Ray Lovelock blurting out vocals in his best Bryan Ferry imitation. But there’s a really neat title track with the great Edda Dell’Orso that adds the versatile mix of this movie. If nothing else, I take the great soundtrack with me from this film. 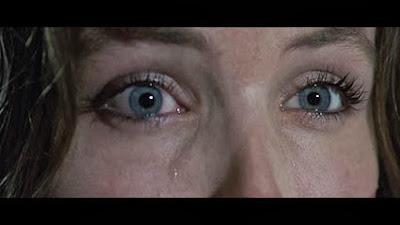 A lurid piece of trash that possibly becomes grittier as the groovy Roberto Pregadio soundtrack is blasted loud over almost every scene of violence and misogynist moments are depicted in surreal fashion mixing extreme close ups, victim point of view, and slow-motion whilst eerie dronish beats play over the sadistic acts. Last House on the Beach is rape revenge, home invasion cheapie done the book, worth the time, but not one that left an imprint in time. 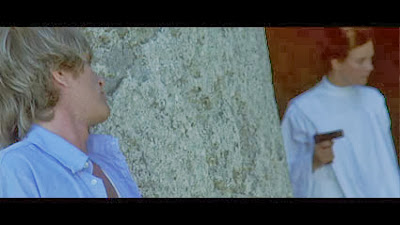 Oh, and if anyone knows if there’s two or one Franco Prosperi, and if so, who made what, then please let me know. Personally I can’t decide if there actually where/are two or really just one. They both worked at the same time, in the same industry, in the same country in the same genre and at times on the same film it seems… Reading filmographies, their paths cross a few steps to close of each other on several occasions to be just coincidental. Right now, I’m leaning towards there being only one, as THIS Franco Prosperi supposedly edited Jacopetti & the other Prosperi’s Addio zio Tom (Goodbye Uncle Tom) 1971… it’s confusing, so anyone who actually KNOWS, you are more than welcome to let me know.

I'm pretty sure there were two Franco Prosperi's - and that their credits very often got mixed up.

Yeah, that's probably the case Lars... I know I read something about this somewhere, but I can't for anything in the world remember where...