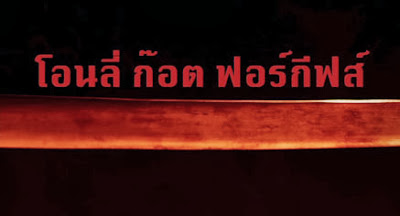 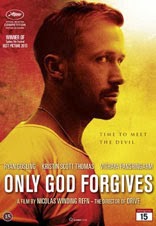 Continuing his study of vengeance, human deterioration, moral grounds and violent death, Nicolas Winding Refn takes to the heat and fluorescent base colors to tell the story of a family constellation set against a bad ass cop and his henchmen.

Julian [Ryan Gosling] and his brother Billy [Tom Burke] run a drugs racket out of Bangkok, Thailand. Billy goes over the edge raping and beating a 16-year-old girl to death. When the police arrive on the scene, Inspector Chang [Vithaya Pansringarm] choses to brings in the father of the girl in instead, and tells him to take his revenge upon Billy. Upon his death, their mother Crystal [Kristin Scott Thomas] arrives and questions why Julian hasn’t taken the vengeance she claims Billy would have done if the issue where the opposite. Always in the shadow of his older brother – even in death – Julian tries to settle the scores in his own way, and possibly uses the situation to solve some unsettled family issues. 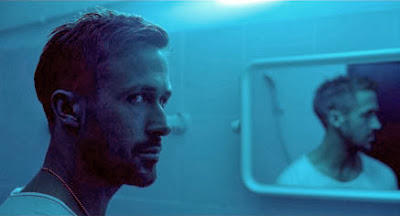 Not as violent as Drive, not as trippy as Valhalla Rising, not as out of the box as Bronson, but definitely a combination of all three. In a way one could chose to read Only God Forgives as a dysfunctional family tale and how the pressure to fit in and be accepted drives one to the darkest places of mankind. What Refn does though is to question morale and character positioning. We know that Julian and his family are villains – even though there is a chance that Julian is trying his hardest to stand outside of the smuggling racket and focuses his time on the Thai Boxing club he spends time at – and this creates a protagonist with dimension. At the same time Inspector Chang uses a profound over use of violence and alternative policing tactics in his fight against the drug smugglers – it doesn’t need to be spoken out loud, one can understand the frustration that has driven him to this point. We also understand that there can be no real winner (or can there?) to this tale of dystopia, hot nights and loneliness, but at the same time we end up rooting for characters that are questionable when it comes to their moral positioning. 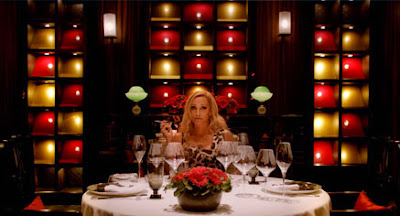 Just as he does in Drive, Valhalla Rising, Bronson – and earlier films like Bleeder and the Pusher Trilogy – Refn presents us with complex characters who are on the wrong side of the law, classic anti heroes, and fascinating personalities that linger on in your head long after the film has finished. I find that Refn makes two kinds of films, the dark dramas that more or less play along the rules of classic narrative such as the Pusher films, Bleeder, Fear X and Drive and then the alternative experimental ones like Valhalla Rising and Only God Forgives. It’s almost one classic, one experimental.

Only God Forgives is a seductive, mesmerizing and provocative dark drama that mocks convention and dares question classic characters and narrative. 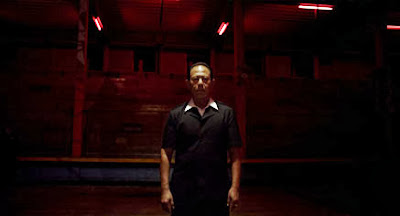 Nicolas Winding Refn is a genius and I will not stop crossing my fingers until he get’s his adaptation of the Jodorowsky/Moebius (Jean Giraud) epic The Incal written, shot, edited and on a screen near me. Long Live Nicolas Winding Refn!