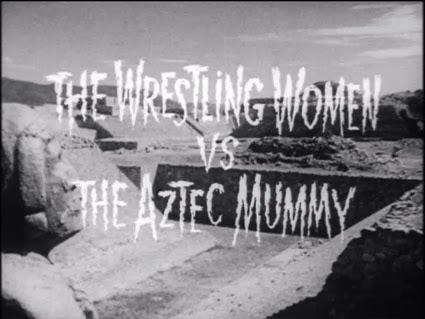 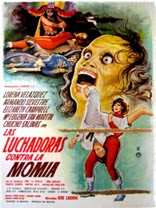 After the success of crime busting Luchadoras Gloria Venus [Mexploitation royalty, Lorena Velázquez] and Golden Rubí [Elizabeth Campbell] in Las luchadoras contra el medico asesino (Doctor of Doom) 1963, the dynamic duo where bought back for anther great collaboration between René Cardona and Alfredo Salazar (with co-writer Guillermo Calderón too); The Wrestling Women Vs. The Aztec Mummy a charming piece of Mexploitation! 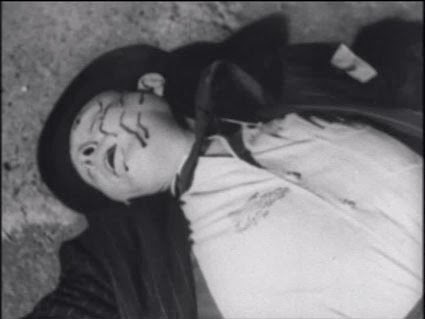 Just as most of the movies in the Lucha libre/horror/crime/sci-fi niche, there’s an opening initial attack. It’s often the introduction of the mad scientist or the fiendish foe or just one in a string of strange murders… The Wrestling Women Vs. The Aztec Mummy starts with the dumping of a male body as a car swooshes’ by, ditching the lifeless corpse on the road without slowing down. A fast edit later and exposition through newspaper headline, to bring us up to speed, Doctor Van Dyne has a dagger rammed into his heart by the fiendish Fu-Manchu look-a-like, Black Dragon [Ramón Bugarini]! 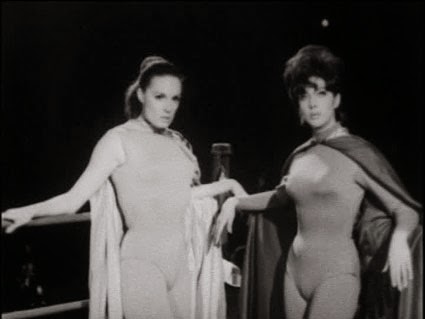 Time to introduce our leading ladies, the Golden Girls of the ring, Gloria Venus and Golden Rubí. I really love this opening fight because Lorena Velázquez and Elizabeth Campbell are fab. I love how Velázquez character Gloria Venus is in such torment as Rubí is struggling with her unfair opponent, but at the same time – in her state of frustration tossing herself against the ropes – Gloria Venus is such a fair fighter that she won’t take to the same unjust tricks and get in there. She simply waits for Rubí to get out of trouble and make the by the book, tag-slap- handover before taking part in the action.  That’s how you write a stern and fair Luchadora character! And it’s always great to see Campbell wrestle opponents, as she was always a good foot taller than all her adversaries. 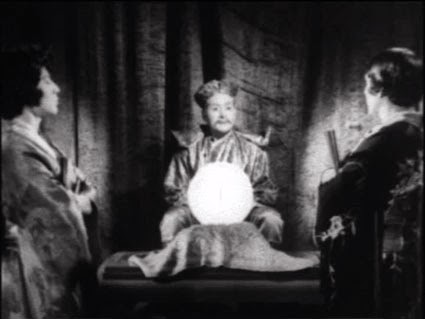 Black Dragon is searching for a secret codex, unfortunately split into several parts, that has been discovered in a pre-camber of an ancient Aztec tomb recently opened nearby by a team of archaeologists… Black Dragon’s method has been to assassinate the archaeologists, one by on, in his search for the one with the secret codec to open the ancient tomb. Inside the tomb, a suit of armour awaits. A suit of armour, which allows the bearer to conquer the world – as magic ancient armours always do. 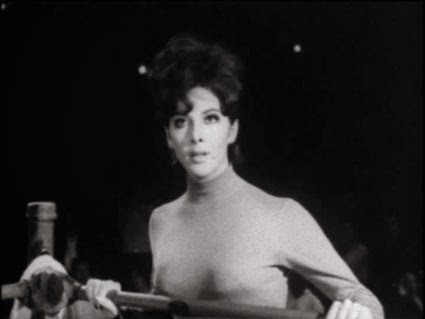 Setting up the scenario, Dr. Miguel Sorva [Julío de Meriche] lurks around Gloria Venus and Golden Rubí’s dressing room after the initial wrestling bout. They notice him, confront him, and just as they are about to whoop his ass for being a kinky peeping tom, he explains that he’s really there to talk to Gloria Venus fiancée Detective Rios [Armando Silvestre]. Just as he's finished explaining the backstory of Black Dragon and the threat he poses to the team of archaeologists, he’s shot in the neck with a deadly arrow laced with deadly poison. 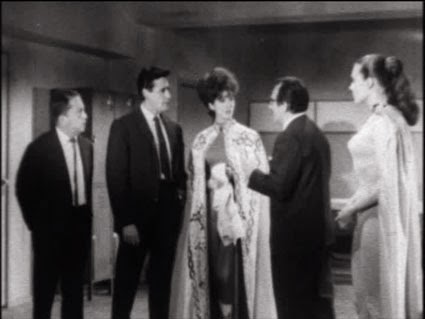 With no time to waste, the foursome (now with comedic reliever Chucho Gomez [Chucho Salinas] back as Rios colleague detective) pay a visit to Professor Luis Trelles [Victor Velázquez, also the father of Lorena Velázquez], who explains further the mystery and secret of the codec pieces and introduces Charla, [María Eugenia San Martín], daughter of one of the murdered archaeologists. Professor Luis asks the luchadoras and detectives to each take part of the codex as to keep them safe. Rubí and Venus accept, as this would give them a great opportunity to expose and defeat Black Dragon and his gang of Hench men. Detective Rios wraps it all up with the smart and cunning plan that they all live together until the mystery is solved. Locked and loaded, let’s go! 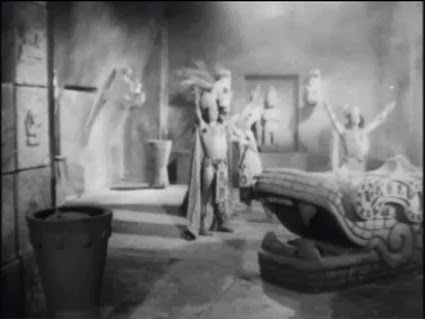 Charla is kidnapped by Black Dragon’s goons, taken to his lair, hypnotized, and programmed to be his ears and eyes in the house that they all live in, perhaps completely unnecessary as he also has cameras hidden in the house, from which he observes them secretly upon a large monitor in his hidden lair. If you where wondering where the “mad professor/surgeon” scenario was, well here you go. Albeit a blood free operation, Black Dragon operates on Charla whilst his band of misfits look on and applaud his work. He sends her back to the apartment with an assignment of injecting Professor Trelles with a drug that will have him expose the location of the final pieces to the codex. This results in a great scene where she first stabs the Professor and then is interrupted by Rubí and Venus! Slam down! 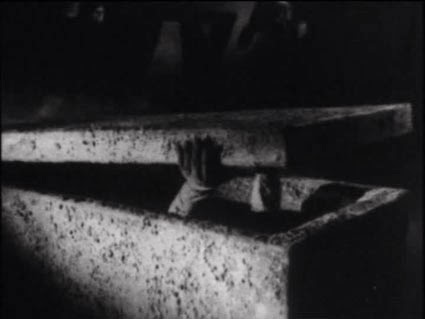 Becoming fed-up with Rubí and Venus constant interference Black Dragon proposes his female fighters to take out Rubí and Gloria Venus in a bout of strength in the ring. "We’ll tear them to pieces in three minutes!", say the sisters of martial arts. The plot, now something of a cat-and-mouse race against the clock to find where Professor Trelles has hidden the pieces before Black Dragon get’s them… but remember, he’s got Chala hypnotized and hidden cameras in the apartment, comes to a spectacular Mexican standoff (no pun intended) for the codex pieces… the solution, a very gentlemanlike agreement where Black Dragon’s judo experts are to take on the Luchadoras Rubí and Venus in a fierce battle at the Arena Nacíonal! The winning team of combatants get’s to take all the pieces of the Codex! I know, it’s somewhat ridiculous – especially as the women talk tactics in their changing room - but at the same time a great way to get the opponents into the wrestling ring. Don’t forget that initial bout, where I discussed Gloria Venus sense of sportsmanship, because nothing could have prepared them for the unjust fight that Black Dragon’s martial arts ladies have in store for them. 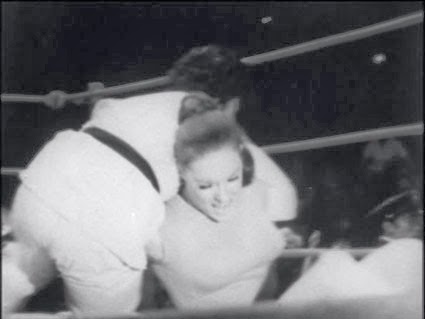 We’re half way though, and still we haven’t seen Black Dragon’s female fighters beat the living daylights out of Rios and Chucho. Black Dragon still has to layout his delicate plan to swipe the armour from under the good-guys noses, and the climactic trip to the excavation site and entering of the burial chamber, and the realization of the curse… the curse which see’s the Aztec Mummy walk once again! 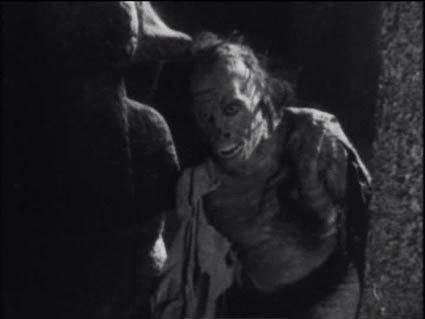 All right, in all honesty, Wrestling Women vs. The Aztec Mummy does have a kind of cheap matinée tone to it. (But don't they all, and would you want it any other way?) It takes some time to establish stuff before reaching the second half - where the Luchadoras take on the, Judo experts from the orient, in a lengthy all-stakes-on-one-card match which goes on for a whopping ten minutes! So despite the somewhat slow build-up, there is a reward coming. The second half also see’s a spectacular backstory of Aztec ritual, mixing stock footage and materials shot for the film, in an amazing segment that explains the Aztec armour, the curse of the Mummy. Mexican Boris Karloff, Gerardo Zepeda, has a decent amount of scenes where he actually get’s to portray the Aztec sorcerer Tezomoc as a living human and not disguised as one of the many brute, disfigured thugs or monster’s characters he portrayed in many of the Mexican shockers he starred in. But not to worry, if you read this far, then you already know who’s behind the hideous Aztec mummy mask. Then there’s the final act. An act that makes up for any dubious thoughts about the movie up to here, because the last act has a wonderful string of twists – I’m not kidding, you will never see this coming! There’s also the Mummy who can shape-shift into a bat, bringing a Universal horror like vibe to the piece, and the delightful cheesy, cheap archaeology-action-mystery climax in the vein of  “Indiana Jones” complete with curses, creaking tombstones, cobwebs, skeletons, monsters and screaming protagonists!
- January 09, 2014