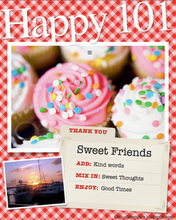 Gosh!
I got my first award!
I’m kinda in shock, as TheGreatWhiteDope deceided that I was worth awarding! Well my hat’s off and I offer TGWD my greatest thanks! Thanks mate! But with great awards come great responsibilities – one being to share ten things that make you (as in me) happy, and the ambiguous task of passing the award on to ten other bloggers that deserve it…
Ok let’s go…
...insert painfully unmovierelated entry here…
1. Watching really good movies that really get inside my head. The stuff that goes beyond the momentary shock and awe, or astonishing scene, or gutty laugh. The ones that crawl in and have you thinking about them for a long time… no matter what genre. Fuck it, lets just go the whole nine yards, I love film no matter what -plain old oddities, cult classics or any old damned thing, just bring it on.

2. New issues of my favourite comic books… written word in all respects, but the art of the comic book is still king…. Because THE READER (that’s me again, or you, if you read comics) fills in the action between the frames. My mate Peter Bergting (who is the King) told me that and it completely changed the way I read comic books forever.

3. Playing horror survival video games with the wife… it’s been our tradition since we first met back in the mid nineties. Nothing beats winding each other up and freaking out to the dwellers in the dark… and I have the luxury of having a wife that doesn’t call gaming childish, as she’s just as much of a game junkie as I am.

4. My barbeque. Yeah I was given a big bastard killer barby when I hit the big 4-0 and it has been used almost every day since. Meat, poultry, fish, vegetables. Burn motherfucker’s burn - your crispy skin tastes so good.

5. Introducing my kids to new stuff from the world of music or movies or general pop culture. Hey I’ve got those little monkeys singing classic tunes from the genre’s I like, mimicking Godzilla and Mothra sounds and they can both pull off an awesome zombie walk of two, complete with shuffling feet, groping hands, white eyes and groans to put a smile on the darkest day.

6. Watching how the coin drops when I’m educating people in the arts and crafts of storytelling. And finally starting to see the fruit of all the hard work put down that path…

7. Getting older with my statistically correct, but freakishly un-normal family unit. They love me and I love them. Despite the craziness, the loudness, the constant rioting and wackiness of being a quartet of eccentrics, there’s not much more one could ask for when it all comes around.

8. Mowing the damned lawn at my summerhouse. Yeah – slip the headphones on, rock out some mean tunes and mow that fucking lawn. It’s so far from my normal day life it’s like a mental cleansing - stress reliever deluxe.

9. Good response to the TV programmes that I work on. Even if the road there is friggin’ torture, I want them to succeed as they in some fucked up way become part of me. A good review for one of my programmes makes it all worth while, even though the plan is always to do ”one last gig”.

10. Blogging and reading YOUR Blogs. There’s so much talent out there it blows my mind. Being semi old, I was around before the Internet and loved the genre magazines and the multitude of fanzines that you had to send away for or travel to buy. These days everyone with fingers and a computer is a critic, an author and a connoisseur of importance. It’s great stuff, I love it, and nothing beats a cup of morning coffee wasting time checking out what is has been going on in the cultural realm of all these people.
And then to the difficult part… ten other deserving blogs… there are so many more than ten that definitely deserve a shout out, TGWD amongst them, but sticking in line with the Happy 101 award, I’ve decided to pick out ten of the places/people that make me happy...
1. Ninja Dixon. Yes this is a great spot that I usually start the day off with, visit during lunch, and then check out again before I fall asleep on the couch. This guy can write up between one to four films during a day, so you have to be alert if you want to keep up. The blog is run by a one of a kind enthusiast, multi talented chap who’s rants and rambles on the most strange selection of movies in a fashion that makes me either want to revisit the stuff he covers or enjoy it for the first time. Toppo nothcho as Miss Hannah Minx would say…
2. …Miss Hannah Minx, the latest obsession of Jack at En lejemorder ser tilbage. I like his blog because he’s of the old guard like myself and shares an interest in musik that I like too, and know's all about the time before online. He’s from Denmark which means that he smokes a lot, doesn’t care to much for laws, eats smörrebröd, enjoys “en lille” almost once every half hour and he consistently calls me Magnus because that’s what all Swedes are called according to him. But I’m not a Swede but I know a guy who is and he’s called…
3. Magnus at DVD Sleuth. Keeping an eager eye on the future releases on the DVD scene. This is the place to go when you want to know what you have to look forward to. Perhaps Jack is right, all Swedes might be called Magnus…
4. The Skipper at Like...Dreamsville. (and Mutant Family Values) Just go there. It’s easy on the eyes and I can easily waste a few hours grooving to the beat there. Like Freeform Jazz, hot coffee and an Algerian typewriter that tells me I need more drugs... or coffee.
5. Jeremy Richey’s beautiful shrine: Fascination: The Jean Rollin Experience. There’s no other place like it – except perhaps Jeremy’s other blogs.
6. The one and only Bill at Onar Films. This bloke brings so much joy to so many fans of fantastic cinema, and what does he get for it… it’s like watching a Greek tragedy. But he’s a true hero to all us fans of cinematic oddities and hopefully there will be a huge boom of interest for Turkish Cinema and his movies sell like mad putting Bill on the plus side and making our already purchased titles even more affectionate pieces of our collections. If you are missing out, then go get some.
7. The wild insane art and debauchery of the amazingly talented FUKITOR. Buy his stuff, it’s true independent art, and entertaining stuff.
8. Aylmer at Unfliching Eye. Love this spot. There’s so much amazing stuff going on Aylmer’s lair that it’s a fucking crime. A mind crime almost, because I often find myself going back and re-reading pieces again and again and again and again and again…
9. TrashFilmAddict. Alex makes really independent movies that are really good and he likes what common people call crap movies. I’ll always be fond of people who can argue the importance of Jean-Luc Godard’s jump cuts in the same breath as discussing the effectiveness of Jesus Franco’s extensive zooming. His texts all seem to hold a neat cynical irony that is also found in his movies. I like when stuff hangs together.
10. Italian Film Review. Nigel's space is a gem of a blog. No crap, right to the point and a rating system that I can agree with even though I’m not fond of rating movies. But IFR get’s the job done effectively and is one of the most reliable sources for a quick ”is it any good” check without getting into all that spoiler filled warbling that you find in other places.
There you go. I got an award, some unexpected joy and the ten mentioned above know what to do, 10 things that make you happy and pass it on to 10 who deserve it – almost like friendly herpes. Or you can gladly just enjoy the award, as some of you are more content than ramblings. And again thanks to TheGreatWhiteDope! Cheer’s mate!
- August 05, 2010

Dude, your comments are too kind. Really appreciated.

Fred Anderson said...
This comment has been removed by the author.
8:39 am

A lot of thanks, hugs and everything else non-straight for this award :)

It's a real nice surprise.
Am honoured.

I'VE SAID IT ONCE AND I'VE SAID IT TWICE AND NOW I'M TELLING YOU FOR THE LAST TIME STOP STALKING ME!!!!!

IF I SEE YOU OUTSIDE MY BEEDROOM WINDOWS AGAIN I'M GONNA KILL YA!!!!

Great job! I've been silently admiring your blog from afar. You're too humble, you totally deserved this award. Keep on being awesome!

Congrats and thank you at the same time. I'll take some time time to post about this when I get a day off. In the meantime, thanks again for the kind words.

A really cool post. It's nice to be acknowledged and to acknowledge others. Great blog by the way!