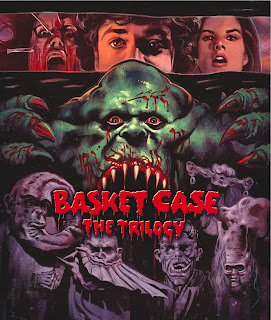 In 2010 cult movie director, Frank Henenlotter made a return to the genre he’d been missing from since 1992. With Bad Biology, he ventured back to the realm of sexual frustration, violent death and loveable mutant creatures. A grand return to form, but then again, nothing screams Frank Henenlotter as much as his trademark dynamic duo Duane and Belial, the uncrowned malign Kings of Midnight Movies!

The quick fix on Basket Case goes something like this: Duane Bradley walks the murky streets of New York carrying a huge wicker basket. He checks in to the seedy Hotel Broslin and talks to something hiding inside the basket… The creature in the case sneaks out at night, hides in the shadows and cares nothing for the stern warnings imposed by Duane. Mystery builds as catch glimpses of the beings, and wonder why it’s kept hidden in the basket. Not until Duane brings home a girlfriend do we get the big reveal of “what’s in the basket” as his hideously disfigured Siamese twin Belial makes his shocking entrance. The brothers are on a “seek and destroy” mission to take out the doctors and medical team who separated them from each other when they where children. It’s a vengeance plan that neither takes prisoners, nor listens to the crying pleas of those who get in their way. 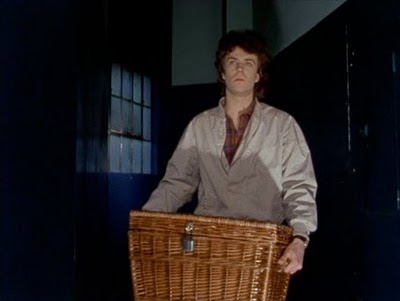 But wait… there’s more. Henenlotter wasn’t quite finished with Belial and Duane and eight years later, the terrible two where back for more. Henenlotter had a bigger budget, bigger ideas, bigger gore, bigger women, and his special effects team went all in, stopping at nothing to bring a whole band of misfits to the screen. The second chapter takes the brothers into the home of Granny Ruth, who hides a menagerie of creepy freaks and monsters inside the walls of her shelter. Finally a place to call home! But since becoming notorious for the Hotel Broslin incident of the first movie, the brothers are constantly harassed and provoked by the media who can’t get enough of them – possibly a subtle criticism on the way media exploit oddities in their tabloid pages. Where as the brothers may have been weak as a force of “one”, they are stronger in numbers. With the support of the Granny Ruth and the family of rejects, they take on the fiends that want to exploit them… and oh, there’s even time for a sex scene unlike anything you have ever seen before.

The final instalment takes the family of freaks on a road trip deep into the south of America. There’s nothing like a holiday after a harrowing ordeal, is there!  A light of happiness shines down on the brothers, and there’s soon to be an addition to the family. But happiness only has a place in fairy tales and not in exploitation cinema, so before you know it, there’s a menacing sheriff who kidnaps the children from the happy campers! This time it’s a fight for family, and the brothers – with the aid of their freak friends – stop at nothing to have their big reunion. Let’s just say that the robotic power-walker exoskeleton that Ellen Ripley made classic in Aliens is nothing compared to the robotic power-walker skeleton that becomes a lethal weapon in the hands of Belial. 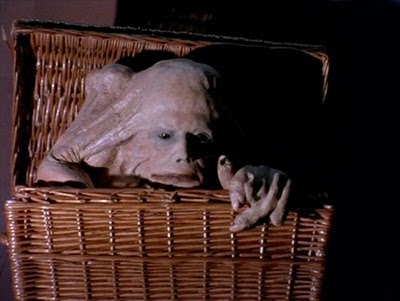 There’s really nothing to not like about the Basket Case trilogy, and there's nothing quite like the Basket Case trilogy,  it’s a brilliant saga that challenges Star Wars and The Lord of the Rings in its epicenes, and beats the crap out of the Matrix anyday.  Trust and deceit, embracing or rejecting inner good or evil, individualism or collectivism, love or hate. The fight for survival, good old fashioned family values, monsters, mutants and loads of wacky special effects make this a fascinating piece of American genre history.  There’s a reason this is classic stuff, and that’s because it’s still as wild, crazy, disturbing, funny as hell and engaging as it was when it was first released.

One of the main traits I find mesmerizing about the Basket Case trilogy is the complex relationship between the brothers. When you break it all down, it’s really all about love. The love they share for each other – which generates powerful and lethal guilt in Duane every time he “rids” himself of Belial – and the yearning they both have to be accepted and loved for what they are… Jealousy prevails in each movie, and positioned from different angles depending on which character the focus lies on at the time… although it’s doubtful that Duane would ever murder, mutilate and engage in necrophilia with Belial’s girlfriends. The complexity of their relationship is a charming one, and it’s a fun ride through the love and hate between the two brothers. But at the end of the day, they do stand together as one, and nothing can ever really separate them. 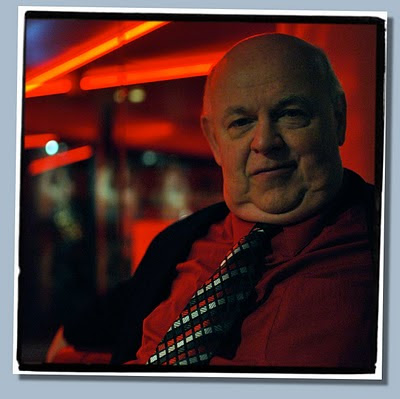 When I interviewed Henenlotter in 2010, he summed what he thinks of his unique blend of body horror, shock tactics and monster mayhem in the following way:

Eccentric is a perfect way to describe the Basket Case Trilogy, as it never calm down. It’s like a loveable oddball that keeps on roaring onto the night with its bizarre blend of comedy and horror. Even in other Henenlotter films, there are nods to the career-building duo. In Brain Damage, there’s a quick cutaway during a New York subway ride, and with a single shot of Duane, there’s an instant smile of recognition upon the faces of audiences.

Belial and Duane are undoubtedly an iconic image of genre cinema. The classic Palace Pictures VHS cover art by Graham Humphreys is the first thing to come to mind when the words Basket Case are spoken. This stunning new release is also encased in beautiful artwork of Humphreys - which is a reason to pick this up all in its own right. But where did this splendid visual image come from? What inspired Henenlotter to come up with these two odd fellows?

I had this idiot image of something like a malignant jack in the box. A monster in a basket case, and when you open the lid… Blargh, it kills ya! That was it, and with that visual I started thinking of the plot… … so I’m running titles though my head, titles, titles, titles, and at some point I thought of Basket Case.

From the simple idea of a monster in a box, the genesis of Basket Case started to take shape. Together with producer Edgar Ivens, who produced all of the Basket Case films, Henenlotter started to muck about with the idea of taking the crazy idea, running with it, and making it into a full feature movie, despite his initial fears of failure.

I was shooting 16millimeter films for myself, then I met Edgar Ievens, who said “Why don’t we try to make a commercial film?” and I said Well why not! I thought it would be fun to do, and we decided to do a horror film, because you can do them cheap, and I also thought if I make a horror film I might really screw it up. Then who cares, because it will still play on 42’nd Street. But I was caught off guard as it didn’t play 42’nd Street, but was released as a Midnight Movie and went another route, which really threw me.

Completely missing the seedy parlours and grindhouses of the trash cinema institution 42’nd Street, Basket Case became something of a success on late night TV. Building a decent cult following and dedicated audience who enjoyed it as it aired presented by ghastly ghouls and sexy hostesses with way to thin waists, the movie generated enough interest to crave a sequel. Which later became two, as to complete the trilogy in the shape we know and love today. We all know all to well how sequels tend to become lesser and lesser the more instalments are added on to one innovative original part, something Henenlotter was well aware of when he sat down to conjure up a continuation to the story of Duane and Belial.

First of all Basket Case is its own story, they died at the end and they’d killed the Doctors, the story was over. So where do you go, what do you do for part two? Well OK, they didn’t die – Yeah of course they died – but you have them taken to hospital, it wasn’t that big of a stretch. And who where the villains in this one? We’d already exhausted those in the first one. I also didn’t want to remake Basket Case because so many sequels retrace the same thing… … so I decided to expand it into a community of freaks and even then, set it inside a beautiful estate, a mansion that you wouldn’t expect things to be in. And I’ve always liked the film; I like the films very much. I saw them just the other night for the first time since they played theatrically – I don’t usually watch my own stuff – but I thought they held up really nice. I wish more people would see them.

Finally, more people WILL see the Basket Case Trilogy, and they will see it in pristine re-mastered HD now that it finally hits Special Edition BluRay (and DVD) collecting all three movies for the very first time.  Fans of supplementary materials already know that Second Sight Films stop at nothing when it comes to that department – check out their magnificent BluRay of The Return of the Living Dead filled to the brim with goodies, and the complete More Brains!, the documentary focusing on the whole RoTLD universe. Fans will have a field day with the release of Basket Case as it contains loads of newly commissioned bonus materials such as documentaries, commentary tracks, outtakes, shorts and an interview with Graham Humphreys, the man who first gave Duane and Belial a face on those old video tapes back in the post video nasties days. 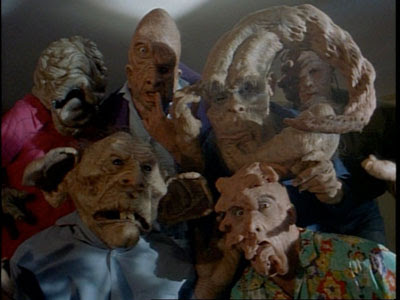 Now, it’s your turn to own a basket case of terror as the Basket Case: The Trilogy Special Edition is released on BluRay and DVD in the UK on the 22’nd of October courtesy of Second Sight Film. If you don't pick it up, the things that go bump in the night will sneak out and rearrange up your movie collection!
- October 11, 2012