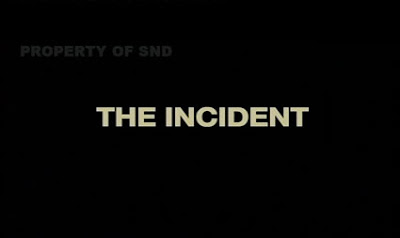 Sometimes the less you know of a movie before watching it, the better it serves you. In this world of information overload, we’re more than often already familiar with tone, theme, imagery, key shock moments and synopsis’s way before we enter the theatre, or stick that disc in the machine… Luckily for me, the brief research I did before watching The Incident was completely wrong, which set me up for a ride completely unlike the one I was prepared for.

It’s the late eighties. A bunch of mates, Max [Kenny Doughty], Ricky [Joseph Kennedy] and George [Rupert Evans], who all play in the same struggling Seattle grunge band, work in the kitchen of Sands sanitarium. During a heavy thunderstorm, there’s a power shortage leaving them, wardens and patients in the dark. That’s when the inmates kick up a riot, break free and go wild… and we all know what happens when the inmates take over the asylum… 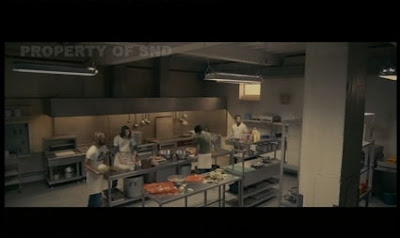 The Incident may be an English language film and give the impression of being a generic American shocker, but it's not. It's more European than anything else, and I shit you not when I constantly say that French directors are solidly on their way to taking over the cinematic world of the horror genre. The list can go on for ever; Alexandre Aja, Pascal Laugier, Xavier Gens, David Moreau & Xavier Palud, Alexandre Bustillo, Julien Maury and now one half of music video duo Alex and Martin, Alexandre Courtès, takes the step over to feature films.

I really, really, like movies that take some time to establish the ordinary world, the people who live there, their traits, give dimension to their characters and all that jazz which makes me invest in the movie. The Incident does all this, and what surprised me is that the ordinary world is already in its ordinary state pretty creepy and eerie place, thanks to that remarkable location. There are no windows on the exterior shots of the asylum, and none in the interior shots either. This creates a intimidating feeling of claustrophobia, and it also inhibits us from making a mental map of the layout, making it easier to get lost well inside the asylum. 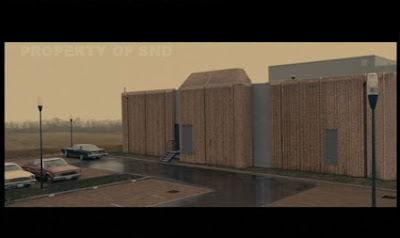 I often talk of the transition into the unnatural or the world where the ordinary is ruptured, and the way The Incident breaks through is brilliant. When the bulletproof glass separating inmates from staff is ripped out of it’s frame presenting the psychos with a free passage to the “other side” of the border/glass, you know there’s going to be trouble. A point of no return that makes an impression, and it does so through some very smart moves, and well-written script and timing. Hiding in the safety of the kitchen as the inmates hammer at the glass with rods, chairs and even a shelf, Max asks George for some reassurance that the inmates “cant break that window right?” Before George even has time to think about his reply the force of the inmates pushes the glass out of it’s frame and they now access the whole sanitarium. The actual border of “their side” and “our side” between patients and staff acts as a clear set of rules by which the asylum is controlled. As soon as rules are set in genre cinema we can break them, and the show can get on the road. 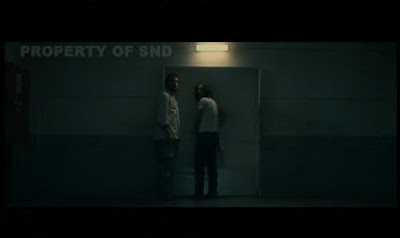 But why don’t they just get up and get the hell out one may ask. S. Craig Zahler’s script deals with that in two interesting ways, the first being the obvious, the power is out. But convention tells us that power shortages can always be overcome, back up generators, torches and lights or even lack of logic that makes broken stuff suddenly work. Well here it’s definitely off, there’s even a scene where head officer, J.B. [Dave Legeno] explains to the cooks what’s happened and why they simply can’t fix it. Not only the lights, but also the automated doors and the system that keep thing tightly locked. Then there’s the second interesting thing that the script does to the protagonist George… He’s been at the asylum since five in the morning, he played a gig the night before, there’s been earlier dialogue about the fact that they drink beers before and after shows, so with this in mind, on the day of the power shortage, we know that George is hung-over (shown in the weird imagery as he takes a shower that morning) he’s most likely suffering from lack of sleep, which will have effects on endurance (sloppy when packing up the delivery) his psychic state (snaps at Max during the serving of lunch) and physical state (is overrun by inmates several times during the walk back to lockdown). Weakening the protagonist is a move of genius, and that’s exactly what that late gig, early morning, lack of sleep trick is all about. 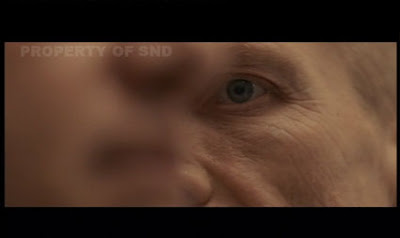 Establishing the threat! There’s something about Welsh actor Richard Brake’s stare that get’s under your skin. From his first scene and the way Laurent Tangy’s camera lingers on his face, there’s something sinister and unnerving in that stare, and this is used to perfection in The Incident. Slowly the Harry character is introduced. At first it’s merely the way he stares as George as he stands in line for his dinner. This escalates as he encourages other inmates to “spit out the meds”, and when all hell breaks loose, we can completely see why George choses Henry Green as his antagonist. The face-to-face confrontation that their “struggle” finally culminates in is an uncomfortable one as it doesn’t quiet play out as we are accustomed to. But it works, and it creates a creepy emotional state that the movie plays with in its final act. It sends shivers down my spine when genre breaks convention and goes elsewhere to explore other areas. I find that The Incident several times shows me one thing, but offers several possible interpretations... stuff that makes you go back to movies. 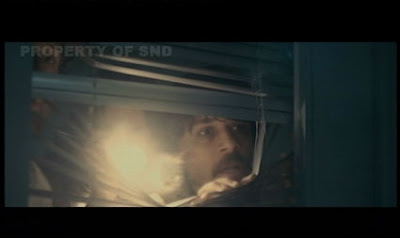 Darkness and lack of light play a huge part of The Incident. Together with the lack of orientation, the darkness adds to the above-mentioned claustrophobia. It also helps build tension, as we never really know who’s out there, behind us or even worse, right in front of us. The Incident uses the murky lighting, the shady corners and the blackness of adjacent corridors to have figures lurking in the dark. With the use of strange noises, incoherent patient dialogue and mad laughter, the audience never know what kind of attack, or who will pounce at them next, the tension builds and anxiety sets in. 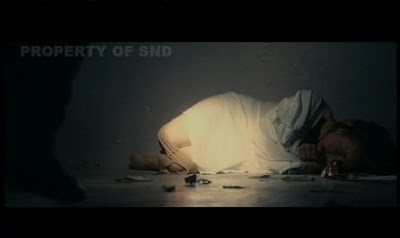 Have you noticed that most of these French genre pieces clock in just below ninety minutes? Feel the pacing of the movies, and you will realize that there’s never a slow moment. Compared to others, many of the French flicks lack those awkward scenes that stop the flow of the movie. A lot, if not all of it, is due to editor extraordinaire Baxter. Baxter has cut his way through the crap – used in the most respectful way that is - on movies like Haute tension 2003, À l’intérieur 2007, Piranha 2010, Livide 2011 and Incident 2011. Hearing director’s talk about the way Baxter works is inspirational, because they all say that Baxter cuts everything he feel’s slows down the pace or is out of place.  Baxter is ruthless, and brings a whole new dimension to the films that these creative directors have written and shot. Baxter is in more than one way the epitome of the old three film rule which goes: You make three films, the one you write, the one you shoot, and the one you edit. He makes some damned hard but effective cuts in those movies he’s helped shape, and he truly shows the talent in Juxtaposition and effective editing. I’d easily watch a movie for the Baxter credit alone, as I find myself holding this person higher and higher in my book for each movie I see his craft perfecting on. 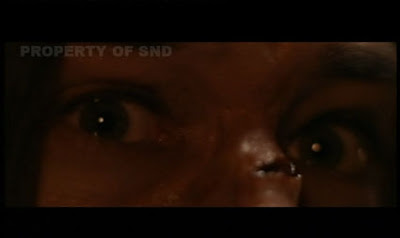 The version of The Incident I saw was an early screener, lacking pre- and end credits, which made the choice of Alice Cooper’s Only Women Bleed on static black screen after the last scene a weird but interesting experience. There’s an awesome atmosphere, to The Incident, and there where documented fainting’s at the premiere screening in Toronto! It has some simple but efficient effects, there’s also some more advanced ones that deliver a couple of really grim moments to satisfy the gorehounds as the survival horror turns to violent sadism in the last act. I liked this one, and I’ll go back to it again when I can see a real version, because I’m kind of certain that there’s an alternative way to read the events in the movie. The Incident is a fierce pressure cooker of tension that will have you biting your nails bloody! This one will get under your skin and have you looking over your shoulder when you are in dark corridors for a long time to come.

The Incident, coming soon from NjutaFilms!

Sorry couldn't find a trailer, but here's a bit of a mood reel...