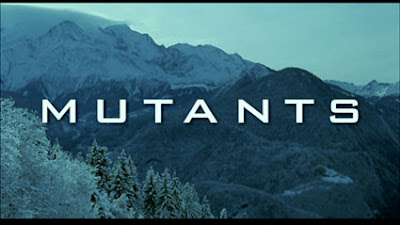 An epidemic wipes out the population of France, Europa and probably large parts of the world. The only possible safety is in French army base NOE. Sonia [Hélène de Fougerolles] and her boyfriend Marco [Francis Renaud] are desperately trying to reach the safe place… with one major problem. Marco may have been infected by the virus, which turns people into cannibalistic flesh-eaters. 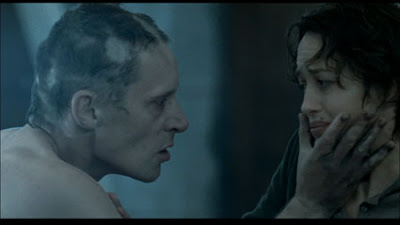 Oh the things love makes us do… This French virus/zombie flick impressed the hell out of me, and it did it because it was an intelligent movie, toyed with convention and stayed ahead of the regular predictability. The movie set’s up their world fast as hell, and there’ never a dead moment in the first twenty minutes, but plenty of sudden twists, before settling down for it’s main narrative. But don’t fret, as soon as the movie get’s into a groove, Morlet flips the chart, brings some new obstacle to the game, be it predators in the shape of the infected, or Frank [Nicolas Briançon] and Perez [Marie-Sohna Conde] with their crew, who break in to the hiding place, and the fight for survival is tested all over again That’s a damned good reason to check this film out. 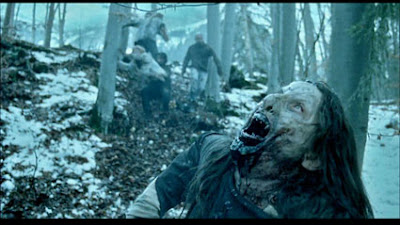 The film has a strong empathetic female character in Sonia. She’s a solid character to root for, and there is a captivating morale dilemma that drives the narrative forth concerning the problem with Marco. Where transformation storylines usually take a few minutes or tops a scene or two, I really feel for this couple as they fight off the unavoidable though out the second act of Mutants, which brings an unusual emotional state to the film. 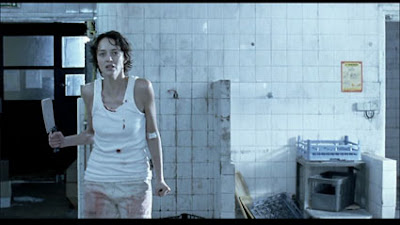 All classic zombie/infection traits are here, the paranoia, the sense of abandonment, and perhaps most importantly the isolation which in turn brings back the paranoia. But where the king of the niche, George A. Romero has been trying to bring personality, humanity and evolution to the zombies in the last bunch of films he’s been directing, Mutants, get’s the job done in a much more passionate and appealing way. 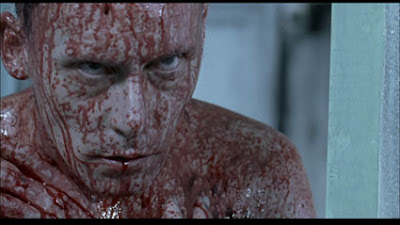 Mutants get’s a 5 out of 6 as I really enjoyed the way this movie played out. It’s almost textbook example of all the things I keep on ranting about here on this site, and it’s done effectively. The ending is a good ending. It may not appeal to everyone, but find it fitting, and I like how it goes against convention. I also like the fact that the movie has a strong female protagonist. In a genre that’s constantly under attack for being misogynist and hostile towards women, strong female protagonists are just what we need.