I Didn’t Come Here to Die 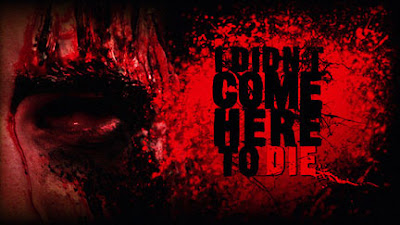 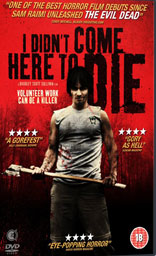 Fate is a bitch, marketing departments are sneaky bastards. I was under the impression that Bradley Scott Sullivan’s debut feature I Didn’t Come Here to Die was going to be a creepy slashery ghost thingy as that’s what the trailer suggested. I was even prepared to expect something along the lines of a generic horror film playing by the book… Instead I found something completely different. 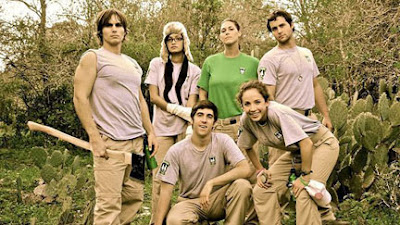 You know the drill. A bunch of youths take to the woods and end up being offed one by one… but, and this is the uniqueness of I Didn’t Come Here to Die in this time of remakes, rehashes and a generic formula hiding behind each cover art, there is no homicidal maniac roaming the woods. Nor is there a ghost lurking in the shadows. Everything that happens to the unfortunate bunch happens because of fate… or because of the paths fate forces us to take. It’s a pretty cool angle and a stimulating path that leads Sullivan into some pretty grim moments. Oh, the joy of chainsaws in the hands of hung-over and feeble attempts at rescue. When you see it, you have hit the jackpot, because it’s a fine moment of gruesomeness.

Script wise I’d say that Sullivan perhaps takes more time than needed to set things up and introduce the cast. We get it, and we get it fast.  BUT, hang in there as the story unfolds an interesting way and there is a way it all hangs together. The last scene and the rush of insight it brings, almost calls for a round of applauds when it clicks into place. It should also be noted that Sullivan takes a couple of fast curves and has a few surprises up his sleeve, all striving off the path of convention and predictability. (At least compared to a lot of current genre fare) 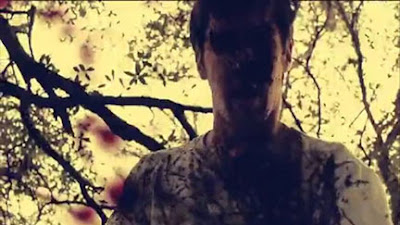 There are a few things I find befuddling with I Didn’t Come Here to Die. One of them being the nifty initial attack, where a Sheriff approaches an accident place, finds an eyeball skewered on a twig before a distraught figure comes looming out of the woods straight at him, Slam on the titles. It’s a fast and ferocious moment, looks great and sets a perfect tone for the film. But I can’t for the love of genre understand why it’s all done in faux grindhouse, 16millimeter with scratches, flairs and the works, only to completely disappear (although does return for the climax) when it cuts straight back to a regular look in the following scene… I actually think that I Didn’t Come Here to Die would have gained on going with the faux grain and grindhouse touch all the way through… that would probably have helped smoothen out the main distraction in the film.

The most annoying thing, and I shouldn’t badger it really as it certainly is an ultra low budget film and it does have it’s moments of perk, but there are some “day for night” shots in there that are heavily over processed and only damage the over all feel of the film. I can get behind cheap photography; cheap quality; cheap everything, and the process of enhancing things in post (I get paid to do that on a daily basis). But these scenes should have been left as day. Nobody would have had a problem with that and cheap would have worked fine. Sometimes you just have to bite the bullet and go with what you have instead of trying to fix it. 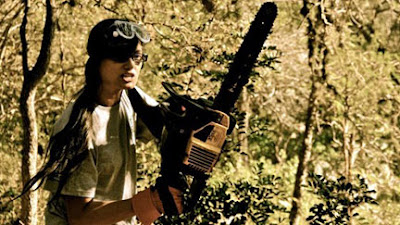 But despite that, I Didn’t Come Here to Die is quite an interesting film, the theme of fate being the main narrative... despite the deceptive trailers I’ve seen on before hand. Sullivan manages to keep the suspense up and you can try to stay one step ahead, but that’s not as easy as you may think. The gore works, and the gag’s work, there’s some good shock moments, some effective jump scares and some funny situations that come together nicely.

I watched I Didn’t Come Here to Die out at the 12 seater cinema at work, and a few late working colleagues joined me. Watching it with an audience was fun. I love watching people react to jump scares, tension builders, gross out moments as this showcases the effectiveness of the storytelling and it’s beats. My coworker Mette, a thirty something mother of two, said that she’d give the film three scares out of five, and that’s got to be a decent final result for a genre film. 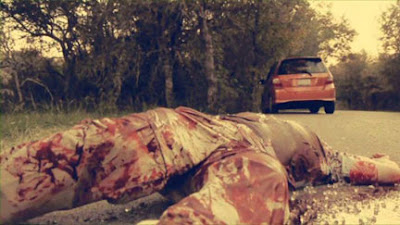 One last block of honesty… I’ve since watching the film read a lot of pieces that compare the film and have embedded it with some really heavy genre defining classics. I’m not going to do that. I do not see people watching this film thirty years down the road and still feeling the impact that those timeless classics had back in the seventies/eighties and still hold over us now. Although, I will praise the uniqueness of the story Bradley Scott Sullivan has presented. I will most likely want to check out where he goes from here as story is everything in this genre that otherwise runs on repeat and recycling of used totems. This could be the start of something new, but never forget that innovation within the genre rapidly becomes convention and when that happens you need to be able to progress from that initial spark. One could write a terribly long list of films we all felt the impact of, but whom the creators of never succeeded in taking the next step, or took a decade or two to hit that button again.

However, if you like low budget fare and can look beyond the polished surface of the polished artwork and amazing quotes, I’d still leave you with the recommendation to check out Bradley Scott Sullivan feature debut, the ultra low budget I Didn’t Come Here to Diee, as it, in despite of marketing tomfoolery, is something different. It takes a way to familiar setting and put’s a creative and original spin on it that makes it a fun debut shocker.

I Didn’t Come Here to Die is out on DVD in the UK (with a much better artwork than the US release) on the 15th of April, courtesy of Second Sight.

The deceptive, and spoilerish trailer...