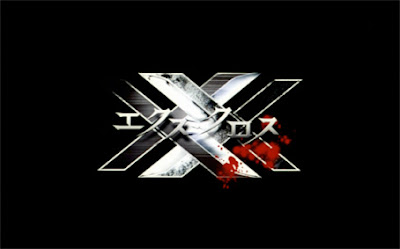 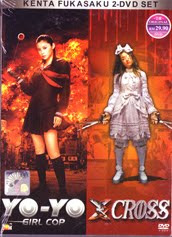 Being the son of one of the greatest directors ever to come out of Japan certainly must be a burden to carry. But Kenta Fukasaku doesn’t show any concerns with being the son of legendary Kinji Fukasaku. Rather the opposite actually as he has directed a decent amount of interesting movies that make an impression and leave you wanting more. 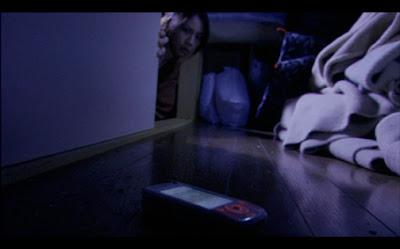 Growing up on movie sets with his father the director Kinji Fukasaku [Black Lizard 1968, Street Mobster 1972, Graveyard of Honour 1975 and Battle Royale 2000] and his mother the actress Sanae Nakahara [Several of Kenji’s movies, Toshiya Fujita’s Lady Snowblood, Yasuharu Hasebe’s Female Prisoner Scorpion: #701's Grudge Song both 1973 and John Frankenheimer’s The Challenge 1982, which also say Kenta in a small role too) it’s no wonder that he would end up in the movies himself. After working as an assistant director on a fistful of movies, Kenta adapted Koushun Takami’s novel into a movie screenplay. The screenplay became the international hit Battle Royale 2000 - directed by his father, it also gave Kenta the opportunity to step up his game and the position as second unit director. 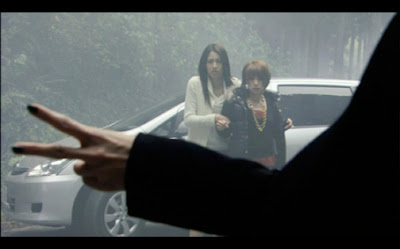 With a hit movie on his hands, Kenji Fukasaku understood that a follow up was in demand, and after directing the video game Clock Tower 3 for games giant CapCom, Battle Royale 2: Requiem was on the slate. But fate had different plans for the master, and after being diagnosed with terminal cancer with only a few months to live, Kenji, choosing his passion and love for filmmaking ignored his doctor’s advice to stay in hospital for treatment kick-started the production instead. After directing one scene with iconic Japanese Actor/Director Takeshi Kitano, Kenji left the production and after handing directorial responsibilities to his son Kenta, the Masterful Kenji Fukasaku passed away on the 12th of January 2003. 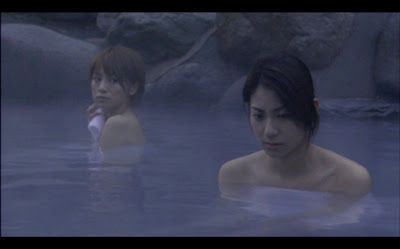 Taking over the directorial reigns, Kenta made a movie that perhaps lacks the intensity of the original, but very few sequels do match up with their original counterparts, but the biggest problem with Battle Royale 2 is that it’s plot is confusing and quite weal at times. But it is an interesting debut to say the least, and Fukasaku Jr. and his co-writer on the film where awarded for their screenplay for the movie later in 2004. 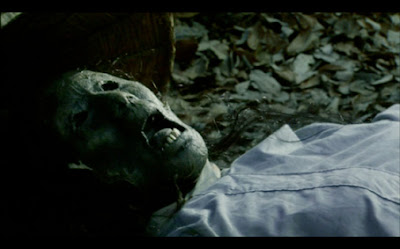 Kenta’s fourth movie as a director in his own rights, X-Cross is a decent and entertaining movie that sees two women going away for a weekend getaway so that Shiyori [Nao Matsushita] can start healing her broken heart after her boyfriend Keiichi has been unfaithful to her. From the start the two girls different approach to relationships is established, Shiyori, the one man woman, and Aiko [Ami Suzuki], the predator who likes several men to toy with simultaneous. It also sets the cell phones in play, as they will be vital to the movie, and sets up character traits. Shiyori the weaker, passive and gentle character, and Aiko as the more aggressive, active and no holds barred character. 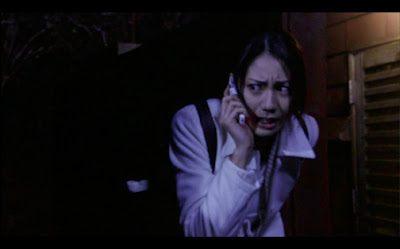 The two girls are to spend the weekend at Ashikari Village, a remote spa a long way from civilization. But more or less from the moment that they get there, a rift emerges between the two as their different views on relationships rupture their friendship. Shiyori annoyed with both Aiko and the bad memories she gets when Keiichi sends her a pathetic “I’m so sorry!” text message chucks her cell phone into the river and storms off home. That’s where she hears a cell ringing from inside one of their room’s wardrobes. Answering the phone a voice on the other end tells Shiyori that they have to get out of there before the villagers cut off the girls legs in a bizarre sacrificial ritual. Here begins the fight for survival. 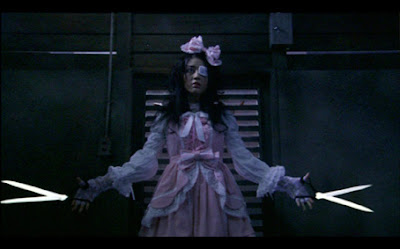 I’m quite relieved that Japanese directors have started to return to the more provocative punch in the face kind of movies that they were making in the late eighties, early nineties, instead of the long lasting J-Horror genre. I have nothing against the J-Horror niche, it was for a long time the most interesting field being explored, but in all honesty those dead girl ghosts in dark damp places are starting to get pretty tiresome and I feel that there’s not much more to bring to that table. Those movies are great, but lets not take it too far and leave the genre with a memory of becoming repeats of previous successes. Movies like Noboru Iguchi’s The Machine Girl 2008, Yoshihiro Nishimura’s Tokyo Gore Police 2008 and Yõhei Fukuda’s Grotesque 2009 - Not to mention the movies of Ryûhei Kitamura and Takeshi Miike, are great examples of over the top violence, stunning special effects and crazy plots that once where synonymous with the Japanese Horror genre. 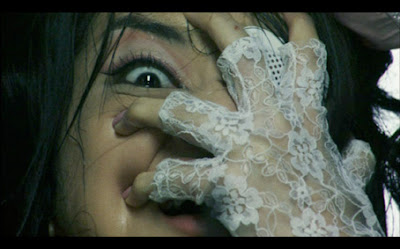 X-Cross uses traits from both the J-Horror and the Horror Comedy movies in a great combo that keeps the narrative flowing without any major hick-ups. Tetsuya Õishi’s [Shusuke Kaneko’s Death Note and Death Note: The Last Name both 2006] screenplay based on Nobuyuki Joko’s original Manga is tight and well written. Posing questions and keeping the audience confused can be a killer for your movie, but Õshi and Fukasaku make it work for them in the best way, good confusion is always a winner if you can pull it off. 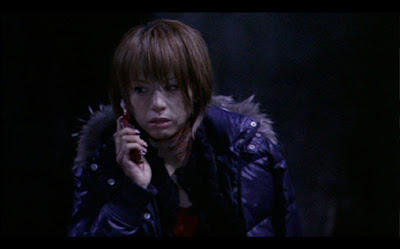 But instead of being a straightforward survival horror, this movie tries to tell the tale of the two girls and the rift between them. There are several red herrings that will have you assuming one thing, only to stand corrected and see things in a new light a few minutes later. Two external characters, Shiyori’s boyfriend Keiichi, and Mononobe Akira – who called Shiyori on the phone she found in the cupboard, also play a main part in the narrative, and their true colours are also held in the darkness until the last moment reveal is needed. You never really know who is a friend and who is a foe until the movie gets into the last act and prepares to wrap it all up. Also there’s a hilarious subplot concerning Aiko, the more aggressive one of the two, coming face to face with Reika, the Gothic Lolita who once saw Aiko steal her boyfriend away from her and now out for revenge. Wielding a terrifying pair of clippers that would have Edward Scissorhands jealous, she will stop at nothing to get back at Aiko. So not only fleeing from the creepy villagers, there’s also Reiko to keep in mind. 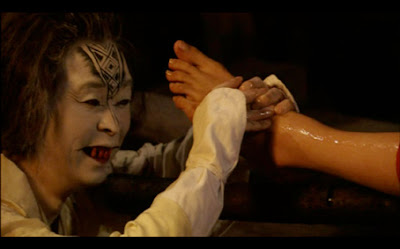 The use of a non-linear narrative is great, by dividing the movie into several title chapters where we follow either Shiyori or Aiko brings a natural element of suspense and curiosity as each we from one angle see how the girls talk to each other on their cell phones, only to be interrupted, loose connection or push the narrative forth by suggesting to meet up at specific places. It’s captivating and exciting, as I want to know what the strange noise that made Aiko hang up was, or will Shiyori answer Aiko’s text message? Revealing it in the next chapter only to pose further questions is a great device, and a elegant change to the frequent, “Oh I have no coverage on my cell here in the middle of the woods!” stupidity that has been frequent in horror movies these last years. 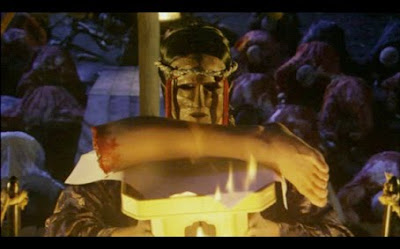 X-Cross is a light-hearted horror movie with a few very chuckles here and there that works more for the suspense and the rather creative plot, I’d have loved to see more freaky villagers, startling effects and perhaps more of a horror theme than the scary action plot, but I enjoyed it and it proves that the next generation of Japanese genre moviemakers looks promising. 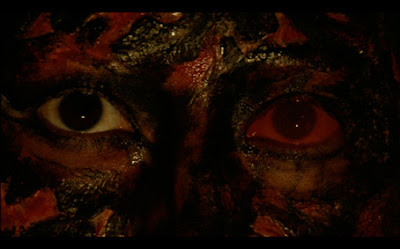 Image:
16x9 Anamorphic Widescreen
Audio:
Japanese Dialogue, Dolby Digital 5.0. Chinese or English Subtitles Optional
Extras:
On this version there’s only the trailer, but being a two for the price of one set together with Fukasaku’s Yo-Yo Girl Cop from 2006 it’s a fair deal.
If you’re up for more J-Horror why not check out my article on the Origins of the J-Horror Iconography at the Constructinghorror.com site.
- January 11, 2010

Thank you for a good review. I will buy this from DDDhouse, because it seems good :)