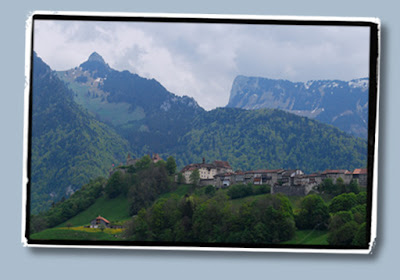 About a year ago I spent two days in Switzerland and one in Germany, on the trail of the legendary artist H.R. Giger. At first there was very vague possibility of a brief meeting at the exhibition in Frankfurt, Germany where he would be making an appearance for a signing. After that I would have to race against time with an almost eight-hour drive to Gruyères in the Swiss Alps, location of his breathtaking H.R. Giger Museum and the Giger Bar. I spent the next day taking in the artwork of these two fascinating places and interviewing Marco Witzig – one half of the stunning H.R. Giger Work Catalogue – who had some tremendous insight into the world of Giger. Finally the crescendo, day three, the last day - my moment in the company of the great H.R. Giger. 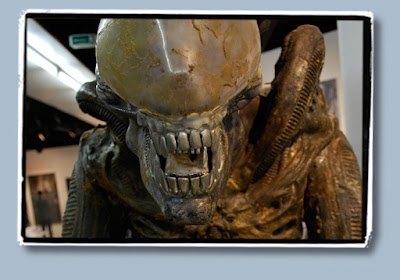 In all honesty I was anxious, nervous, and terrified that first day in Frankfurt as I stood outside the Detusches Filmmuseum shooting stock shots, when I received the text message informing me that "Giger is inside now." and that he'd actually agreed to meet me. Even though there was a cold wind and slight rain I was burning up from my state of panic. This was it, the legendary H.R. Giger – one of my lifelong idols, one of the most important artists in my life - know for not being liking to give interviews, supposedly wild and uncontrollable, complex and silent. I was sick to my stomach with worry that this would all go terribly wrong… but that all vanished the instant that he pushed forth his open hand and said “Hello, pleased to meet you”… 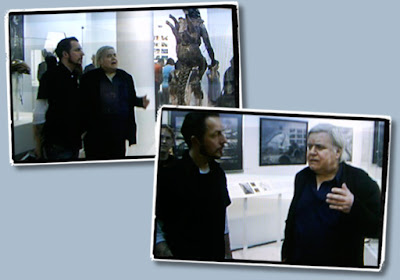 Footage never seen outside the edit suite before.

From eleven hours of footage shot, there was some fascinating material – material that never got the chance to see light of day outside the edit suite. Interviews with people of importance to H.R. Giger like the wonderful Fredi M. Murer – who directed several short films with Giger and was the first to eternalise Giger’s Biomechanoids on film - Murer is also an acknowledged director of films and has won several awards for his pieces. There was an hour of Marco Witzig giving an insightful journey through the artistic timeline of Giger as he walked the Giger Museum with me. An hour of Giger and I discussing his artwork as we walked through the Frankfurt exhibition, showing paintings, sketches and models from many of the movies. Images I’ve adored since childhood where exhibited there in front of me and I could talk with Giger about these pieces. A couple of hours shot at Giger’s home, where we talked about his life, influences, dreams and the themes of his art. How he got started and where his thoughts on art are now. 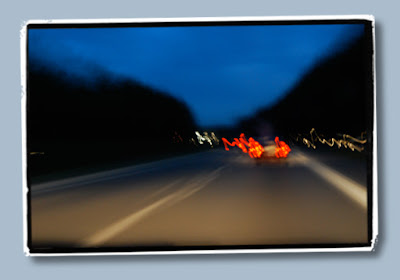 There was no real limit to how great that ten-minute segment for TV could have been, and it could have really given an insight into the mind of a legend. But instead the people in charge of the show I was sent to produce the segment for decided to take the safe path and simply talk about a little movie called Alien, it’s design and attempt some kind of amateur analysis of Giger's works… well no real revelation there as this is the stuff that the basic Giger fan already knows, and the analysis – well being the same source of Freudian analysis that Giger primarily started exploring his own themes and vision with, it’s a pretty ridiculous angle to take on. But producers call the shots, and I was expected to stay in line… But after some heated discussions a compromise was struck and the segment became more in line with the vision I held, the story of Giger where the Alien movie merely is that small blimp in his timeline that it really is. I wanted to show that the Alien being was there long before the movie, and has more or less been in Giger’s art all the time in the shape of the Biomechanoid.

(Although the segment was unfortunately once again re-edited before it aired into an even worse shape than ever. ) 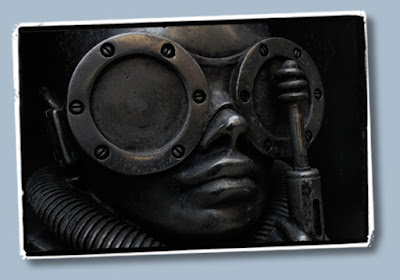 What I found, and what I would have preferred to use as an angle is the man that is H.R. Giger. It would in no way be a sensational reveal of anything not already felt by his fans, but an insight into the great person that he is. This master of the dark and erotic art form was in all sincerity a very polite, intellectual and gentle person. There’s that kind of fascinating melancholy that surrounds him, full of vivid passion for his art and creations mixed with a frustration of constant misunderstanding and critique towards his stuff. And why is that, that H.R. Giger isn’t accepted as a real artist? It’s an outrage! The amount of projects that he has worked on without actually being credited or getting a go ahead on his designs is stunning, shocking and sad. Perhaps even more the nonchalance that is aimed at him from certain areas of the movie and art world – I’m sure that you know of the Alien sequels and how they screwed Giger out of his creature design credits, well the ball didn’t stop there, and there’s a whole bunch of other stuff there that he never got credit for too. Have you ever heard of, or seen the Giger designed Batmobile for an instance? 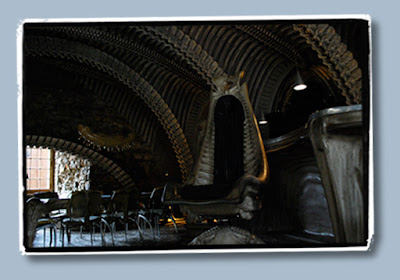 Before and after the taping of the interview, we talked candidly about stuff that we shared an interest in, the movies of Guillermo Del Toro, the writing of H.P. Lovecraft, scriptwriter and director Dan O’Bannon (who sadly would pass a few months later), comic books, art and guests from the movies, arts and music worlds that he’d had entertained in his apartment and I simply sat there gobsmacked – as I was in the same room as all these people who too had been to visit the master. We played with his cat and tried like hell to get his amazing Zodiac sign fountain that resides in his backyard to work, and talked about the sculptures that reside there. Yes, three-dimensional statues of many great images actually are alive in H.R. Giger’s backyard. A surreal dreamlike forest safe from the outside world, but still posing it’s own threats within the Giger universe. 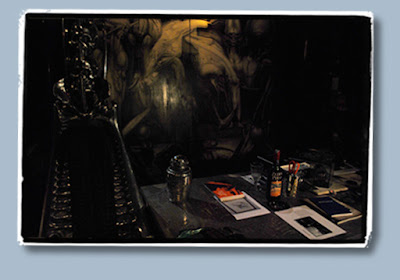 Needless to say those few hours with H.R. Giger where among the most unreal in my soon forty year timeline, a moment in eternity that I will look upon as one of the finest highlights of all my life. I’ll be eternally grateful to Giger’s agent Les Barany who helped me set this thing up, and took the time to talk with me the night before I set off on my journey. Staff at the H.R. Giger Museum and the Giger Bar in Gruyères for their kindness, Marco Witzig for tagging along and guiding me through the artworks, and especially H.R. Giger who definitely offered up his hospitality and gave me a fascinating couple of hours in his presence.

Perhaps in time I’ll publish some of the interviews here [as the bastards didn’t let me use more of it on the telly], and bring you with me into the fascinating world of the greatest artist that has lived in modern time. 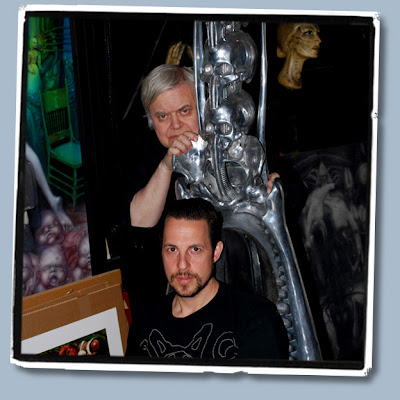 GODDAMN! You are one lucky dude!