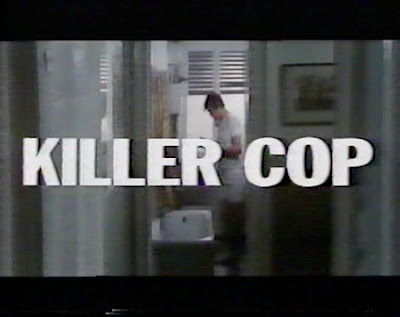 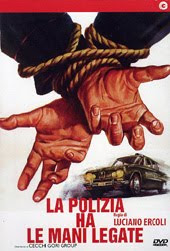 I read somewhere that the greatest director of all time is Charles Laughton… Yes, Charles Laughton. And this is based on the one single movie that he ever officially directed – the 1955 masterpiece The Night of the Hunter starring Robert Mitchum. Well if that’s the sort of logic that we are going to be using, then I’d say that Luciano Ercoli is one of the most underestimated directors of the Italian genre scene. Where many of his contemporary colleagues had been hard at work before Ercoli sat himself down in the director chair in 1970, only to get up and disappear off the scene forever more in 1977, Ercoli certainly directed a handful of great movies. And as he quit whilst he was ahead, he never ended up making the kind of lesser movies that many of the other great directors ended up making. So in whatever way you look at it, there’s no way you can deny that Luciano Ercoli is one of the greats. 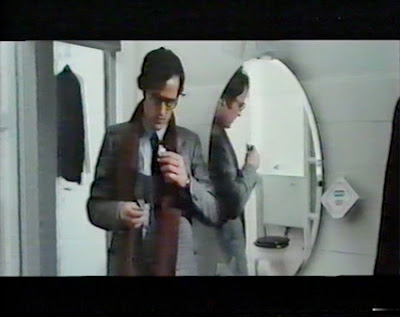 Amongst the eight movies that Luciano Ercoli directed the final two where crime oriented movies. Where La bidonata (The Rip Off) 1977 was more of a spoofy take on the Poliziotteschi genre, La polizia ha le manig legate (Killer Cop) was a en excellent little dark piece that perhaps deserves to be brought back into the spotlight – because it is one of the finest entries into the Poliziotteschi genre. 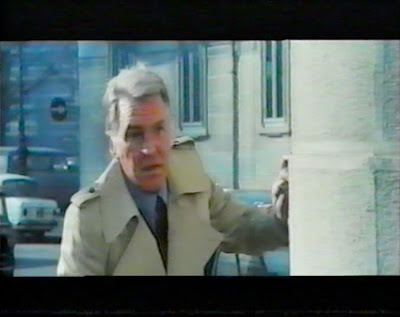 Commissioner Matteo Rolandi [Claudio Cassinelli – looking as if he just walked off the set of Massimo Dallamano’s La polizia chiede aiuto (What Have They Done to Your Daughters?) 1974] working hard at busting a drug ring narrowly escapes death when a bomb goes off in the hotel he’s investigating. Several people are killed and among them several prestigious Ambassadors of the International Committee, which obviously sends ripples and outcry through the halls of justice. With an international crisis possible Judge Armando “Minty” Di Federico [Arthur Kennedy] – renown for not taking bribes and being untouchable - is put on the case of the bombings with the hopes of clearing up the mess quickly and efficiently. Still on the prowl, Rolandi starts mooching around for clues in the evidence that is brought back from the bombing case as he suspects that there might be a connection. Rolandi’s best friend Luigi [Franco Fabrizi] degraded to walking the streets due to his clumsiness, sees a young man reading the newspaper reports on the bombings and crying, his instincts tell him that there’s something about the kid and follows him. The kid, Franco [Bruno Zanin] leaves the newspaper in a phone booth, where he’s written an apology and claiming that it (the bombing) was an accident. Luigi takes up pursuit, but as he’s left his piece in Rolandi’s car, he is forced to let him get away when Franco draws a gun on him. 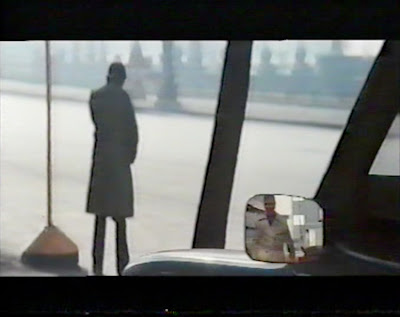 Being the only witness to have seen the only suspect Luigi first gets scolded by his superiors and then forced into safe custody by Judge "Minty". Franco in his own turn receives a bollocking from Rocco [Paolo Poiret] who is the leader of the terrorists fraction that blew up the conference. But all is not lost as the people funding their actions – the corrupted officials that is - tell them that there’s a getaway arranged for them. 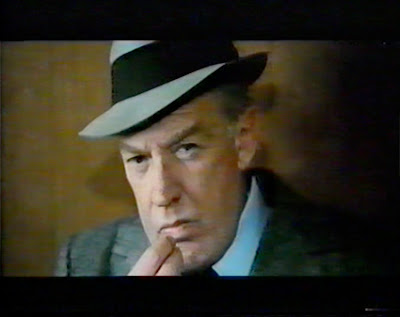 It becomes apparent that there’s a leak in the organisation when valuable pieces of information are finding there way to the wrong hands but Commissioner Rolandi finds a lead through the glasses that Franco lost in his struggle with the portiere at the hotel before the blast – yes, Franco tried to warn everyone of the bomb, but more on that later – and starts getting a lead on Franco. After an awkward crossing of paths in the evidence room Di Federico orders Rolandi to stay away from the case and stop interfering with it. Rolandi suspects that Di Federico is covering something up and that he contrary to popular beliefs is involved in a political corruption, Di Federico in his turn suspects that Rolandi has a part in the crimes and is hiding valuable evidence. It’s a tense table that’s being set for sure. Going head to head with the notorious Di Federico, Rolandi starts a race against time to solve the case before someone takes out the most wanted man in Italy – Franco… 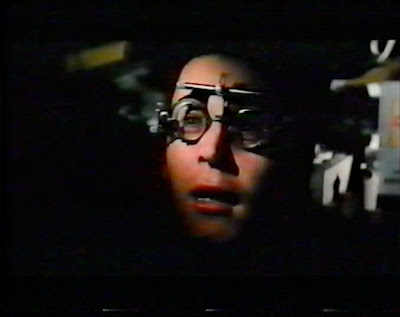 Killer Cop is a pretty damned good reflection on how the Italian public looked at their country at the time. There was a lot of politically themed activity and a lot of corruption in the country and obviously filmmakers where going to tap into that. Within the Giallo sphere it’s quite common that policemen and detectives are portrayed as pretty incompetent characters, hence forcing the plot device of amateur sleuth into taking personal action. The directors and screenwriters of many movies at this point in time where not only coming up with some great movies, but also flirting with their audiences and merely projecting onto the screens what the audiences already thought. This is also one reason why many of the Poliziotteschi deal with themes of corruption and dishonest officials, which also generates the strong protagonist characters that take law in their own hands, either as a vigilante outside of the law, or that one hard headed cop who won’t do as his superiors tell him. But remember for every badass cop, there’s an even worse villain. 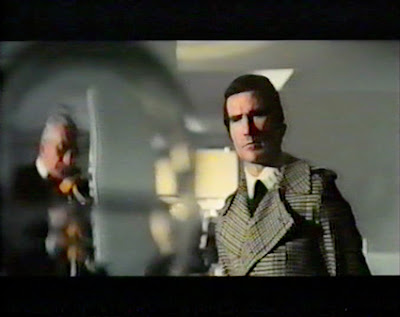 There’s also a frequent pessimism found in the genre, and many of them end with he protagonist either being forced to leave the force (by own or superior hand) to meet his goals (taking out the antagonists) or not being able to close the case due to that rotted core of corruption that imperfects the authorities.
Killer Cop is a real gem of a movie that has a pretty interesting script by Gianfranco Galligarich, who based it all on a story by Mario Bregni. The same Bregni who later produced Lamberto Bava’s Body Puzzle 1992. Galligarich who opened so strong with Sergio Sollima’s Città Violenta [The Family] 1970 starring Charles Bronson and Telly Savalas, and then La Polizia ha le mani legate, spent the rest of his career writing for TV serials, among them Duccio Tessari’s Nata d’amore (Born to Love) 1984, and never really wrote a piece as strong and powerful as La Polizia ha le mani legate again. This is a shame, because the movie is a fascinating showcase of politically laden themes, empathetic characters and strong narrative, and I’d have loved to see more of his work in other genres from this time period. 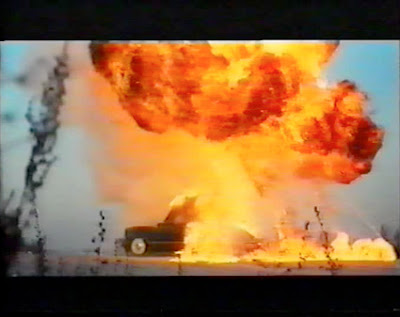 This is the kind of role that Claudio Cassinelli nails, and he gives a great performance as the honest cop Matteo Ronaldi here. Arthur Kennedy – perhaps suffering from yet another typecasting as the grumpy old man who will make sure at any means that justice is served – also gives a damned good performance, except for when he tries to show some kind of remorse for Luigi’s fate which he had a direct hand in. Supporting cast get the job done, Franco Fabrizi who starred against Cassinelli as a sleazy photographer in Massimo Dallamano’s brilliant What Have They Done to Your Daughters 1974, and would go on to even grimmer parts in Aldo Lado’s L’ultimo treno della notte (Night Train Murders) 1975 is highly enjoyable as the somewhat clumsy Luigi who does bring a lot of sympathy to his character. But the one that perhaps stands out the most is Bruno Zanin’s Franco – the remorseful terrorist. 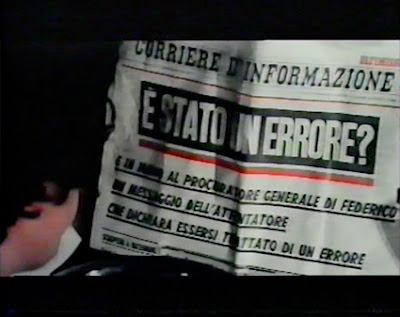 This is where the script get’s interesting, as there’s a complexity and honesty to the characters that most often is lacking in the Poliziotteschi genre. Most commonly the cops are hard as nails, and simply kick ass for the law, and the villains are sadistic bastards who bust everyone’s chops as they make life a living hell for everyone but themselves. Killer Cop finds a whole bunch of characters evoking empathy. Cassinelli obviously as he’s the good guy and makes sure to make the "villains" pay when it becomes personal – but in his quest for vengeance, he goes past the law and takes matters into his own hands, forcing a change in character even if it does take place outside of the movies time space. Kennedy – who even though he really doesn’t have a change in character stays true to his reputation and doesn’t budge. He’s still a honourable untouchable good guy who won’t take a bribe, even if his ways are harsh. You can not help but feeling empathy for Luigi, the cop who’s afraid of guns, the reason why he’s been degraded, and also the reason that he end’s up in trouble when he cramps as Franco pulls his gun on him during their chase. But as mentioned, Franco is the one who is most fascinating as he frequently shows remorse for his actions. He tries to warn everyone off when the bomb in the hotel is about to go off, he leaves the note of apology scribbled on the newspaper reporting on the many deaths in the bomb blast, he stops and helps the old man he bumps into when running from Luigi pick up his things and on and on. There’s an interesting depth to the character that you obviously feel empathy for. This is also strengthened by Ronaldi’s, and Di Federico desire to bring him in alive, as his life, and the information he holds – the solution to the crime- is more valuable than the old “a good villain is a dead villain”. His life holds value, and he automatically becomes more than just a random bad guy. 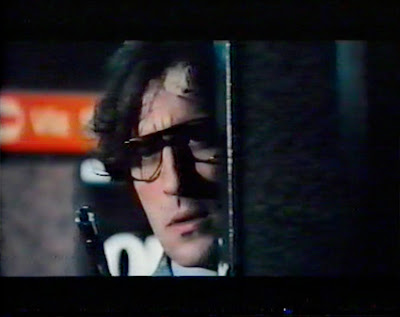 There’s a great Moby Dick reference that runs through the movie – an obvious metaphor for going up against the unseen antagonist - in this case the corrupted superiors. There’s also a small recurrent gag where Ronaldi is constantly hassled for driving a huge Mercedes, and not the usual little Alfa Romeo’s or fiats that they usually race up and down those tight Italian backstreets.
Stelvio Cipriani’s score! What a damned great score, a wonderful flow, strong keys and heavy bass lines. Sometimes soft, sometimes menacing, it’s easily the best of all Cipriani’s work, a definitive piece that should be in every fan of EuroCult soundtracks collection. 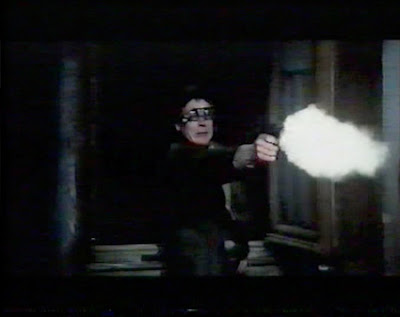 So to wrap things up – Killer Cop is possibly one of the most underestimated Poliziotteschi films in the rotted corruption niche. Great acting, fascinating characters, a sometimes cryptic narrative, but at the same time intriguing as we seldom know more of the corruption than those fighting it, which adds to getting into the same mind set as them. Wonderfull cinematography by Marcello Gatti who shot Paolo Cavara's La tarantola del ventre nero (Black Belly of the Tarantula) 1971 and Gillo Pontecorvo's La battaglia di Algeri (The Battle of Algiers) 1966, the fantastic Cipriani soundtrack and excellent pacing quite possibly make this one of Luciano Ercoli’s absolute best films. 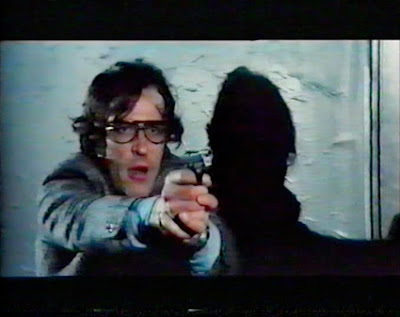 Image:
Widescreen 16:9
Audio:
Stereo 2.0, English dubbed dialogue.
And if you still haven’t seen it, it’s available at The Giallo Goblin.
Now enjoy that awesome theme by the great Stelvio Cipriani.
- May 07, 2010