It's looking like this month is going to become one of the most heartbreaking months of all time... a childhood idol, a very close and loved family member, and an iconic filmmaker all taken by the same hellish disease. The sadness is just piling up here and each one that passes adds to the distress, sorrow and projected emotions that they all reflect upon one and other.
Billy in Easy Rider, Daniel Morgan in Mad Dog Morgan, the lost Tom Ripley in Der amerikanishe Freund, the drunken Dad in Rumble Fish, Lieutenant Lefty in TCM2, the sardonic Kaufman in Land of the Dead, Feck in River’s Edge, Milo the assassin in Catchfire… the list goes on and on… not forgetting the psyched out photographer in Apocalypse Now, and Frank Booth in the masterpiece Blue Velvet… what ever his characters where called, he brought them to life and did it with such a talent that they became the main persona that that specific movie revolved around. The one you remembered after the lights came back on. Nobody could bring complexity and awe to a character in the same way as the great Dennis Hopper could.

Not only a great actor, but also a exceptionally talented director who’s movies always seemed to be ahead of their time, scolded at release, but later re-found to be modern classics years later. From Easy Rider 1969 through the magnificent Colors 1988, Catchfire 1990 and The Hot Spot 1990 to his last effort as director Homeless 2000 these movies are incredibly potent and elegantly told stories. Stories that undoubtedly will be re-visited by many now as he has left us.

There are only a few actors who I feel a "personal" bond with, amongst them is the great Dennis Hopper. I will watch anything that Hopper is in because he always brings something else to the movie with him. There’s an aura to his person, a sense of something larger than life. He held a magnificence that most others actors lack. 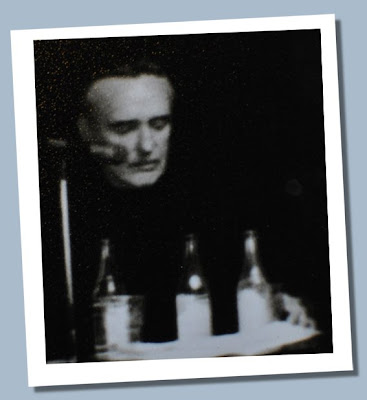 I once met Dennis Hopper. It was almost twenty years ago. I was a young runt attending one of my first ever movie festivals, my first ever visit to Stockholm, and Hopper was the guest of honour at the Second ever Stockholm Film Festival. Together with two mates from university we attended every screening of his movies during the festival only to hear him introduce them. We also attended the face to face interview session as this was the last stop on the festival. One of the girls who I was staying with had shot a music video the week before and had the camera still in her possession. As we where all taking the train back to Uni. later that night, she had the camera with her, and jokingly I said that we should interview Hopper and get it on tape. After being told by every official working at the festival told us that there was no way we could get an interview we felt determined to prove them wrong. Said and done, these two very determined women marched right up to Hopper’s daughter who was there at the Festival with him and asked if there was any possibility for a quick interview. Surprisingly we where granted one, a quick five after the Face to Face. She told us to get back in touch afterward and she would set it up for us… But, and there’s always a but… the two chicks I was there with got into an argument who was going to interview him and after a big ugly row walked off in separate directions.

I was kinda lost for words and in a city I didn’t know my way about. So I hung out in the foyer waiting for one of them to come back and pick me up so that I could get to the station for the ride home. Whilst waiting, Hopper’s daughter came back to fetch us, and I explained the situation. And then Hopper walked out looking for his daughter. I shook his hand and excused the situation in some way I can’t recall, but his answer was “Well you know... Women!” and he shrugged his shoulders. I stood there like a mute, and the next two or three awkward lines of dialogue where in the same spirit as those Chris Farley sketches from S.N.L. where he always ends up with the punch line “That was like, awesome!” I asked him to sign my notebook, and then we said our goodbyes and off he went… For years I hated the guts out of those two chicks for wasting the opportunity, and then reached the insight that I’d gotten all the spot for my self instead. I realised that this great actor took the time to talk to a random fan for five minutes of his time for no other apparent reason than for being a good guy - a complete polarisation of the characters he commonly played - and that impressed the hell out of me. This iconic actor, this man of cinematic importance, this landmark of independent filmmaking gave me a moment in time, and I adored him even more for that simple brief meeting. 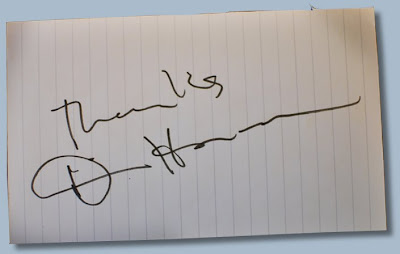 After a battle with the most horrendous of all antagonists, the great Dennis Hopper, lost his battle to that monster called cancer early this morning. He was 74 years old.

Rest In Peace Dennis Hopper. I will miss you.

Email ThisBlogThis!Share to TwitterShare to FacebookShare to Pinterest
Labels: R.I.P.

Magnus, I'm sorry to hear about the loss of your family member. So sad. A few days from now it'll be one year since my mum passed away. Things never really return to normality.

Thanks Jack. And you are quite right. It never really is the same without them. Sorry for your loss. too.

Oh this is horrible news.
Hopper was a prodigy, his body of work is so diverse.
A great, personal obituary.